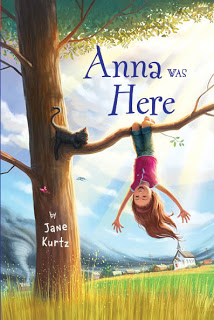 What happens when things just don’t work out?

About five years ago, I joined the ranks of authors who’ve worked on a long, complicated novel-length project—this one under contract and everything—without being able to make it pop.

It doesn’t matter how many times a person has been successfully able to fly, I think. There’s always the thought…maybe not this time. Maybe my wings have shriveled. Maybe I dropped the magic feather.

Part of me bravely dug in to the next project, creating a character for American Girl’s Doll of the Year. But part of me hid under the bed and whimpered.

One day, I had a chance to have coffee with my editor and I was horrified to hear these words come out of my mouth: “How short a novel could I write?”

Ha. Just like my writing students who asked, “How many pages?”

I can’t actually remember what she answered. But I had loved my three-hour signings for Lanie, my American Girl character. Loved meeting those girls and talking to them about bugs and butterflies and back yards.

I vowed to write a short middle grade book that would hit something of the same sweet spot, and I pulled out a manuscript that had almost been published long ago. 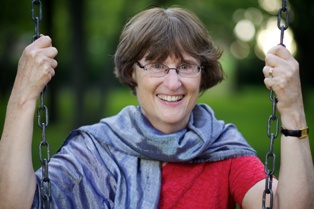 Teaching in the Vermont College of Fine Arts MFA program had really, really deepened my understanding of the craft of writing fiction, so I thought I’ll bet I can polish this up and send it off.

I was so wrong.

A lot of the big structure of that story remains. Anna is a preacher’s kid (as I was, as my kids were). She moves from Colorado to Kansas (as our family sort of did). She’s terrified for her cat. That’s real life. She encounters a tornado watch and thinks about the “The Wizard of Oz” and how she practically had to staple her eyes open to keep watching. Ditto. Real Life.

My editor loved Anna from the beginning. Her funny observations about church. Her plaintive cry (straight from my nine-year-old heart) that Gandhi wouldn’t make her sleep in a pink room. But who, exactly was Anna?

One of the hardest thing was exactly pinning down my main character’s character. Dakar in my novel Jakarta Missing (Greenwillow, 2001) was a worrywart. I knew I was kind of dancing in the same territory, but not exactly. One day, I was flailing around with writer friends and I said that I was bold as a kid. And I was scared as a kid. What is that personality?

One of my friends commented that when she was in about the fourth grade and they studied about the Ice Age, she was immediately making plans for her family’s survival.

I thought, that’s it!

Even though I had several drafts of the novel already written, that’s when the Safety Club was born. Anna has utter confidence in her ability to prepare for utterly everything.

And whenever she can’t?
That’s what prayer and angels are for.

I’ve been a searcher as far back as I can remember. It’s terrifying and exhilarating to expose my questions…and a few puny answers…for the world to see.

2 thoughts on “Guest Post: Jane Kurtz on Picking Self Up, Dusting Self Off & Facing Down Terror”