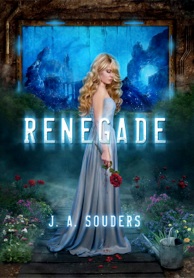 J.A. Souders is the first-time author of Renegade (Tor, 2012). From the promotional copy:

Since the age of three, sixteen-year-old Evelyn Winters has trained to be Daughter of the People in the underwater utopia known as Elysium. Selected from hundreds of children for her ideal genes, all her life she’s believed that everything is perfect.

Her world. Her people. The Law.


But when Gavin Hunter, a Surface Dweller, accidentally stumbles into Elysium’s secluded little world, Evelyn comes to a startling realization: Everything she knows is a lie.


Her memories have been altered.


Her mind and body aren’t under her own control.


And the person she knows as Mother is a monster.


Together with Gavin she plans her escape, only to learn that her own mind is a ticking time bomb…and Mother has one last secret that will destroy them all. 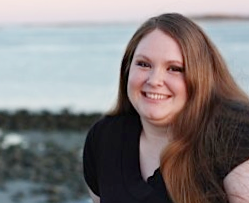 There was a workshop about a year ago at the Florida SCBWI mid-year conference, it talked about how it was important to see through your character’s lens–how they saw their world through their circumstances.

They went on to explain that no matter how similar a character is to another, they’re circumstances will always be different and that difference is what flavors how they see the world.

It was a real eye-opener, especially since I was having so much difficulty connecting with my main character. I immediately went home and thought about how she (and all the other characters) would see the world given their circumstances. It really helped me connect with all of them and I’m certain they’re better characters for it.

As a science fiction writer, what first attracted you to that literary tradition? Have you been a long-time science-fiction reader? Did a particular book or books inspire you?

I loved thinking up something that doesn’t exist than using today’s technology or research to see how that would be possible in any given time period and then putting my own spin on it.

I have been a long-time science fiction reader. I just didn’t know it. The books I read always had some kind of science fiction base to them, but weren’t really “shelved” as science fiction. I just thought I was reading romance or young adult or a classic without an emphasis on any genre.

The classic dystopian writers from the past were a huge inspiration. Farenheit 451 by Ray Bradbury (Ballantine Books, 1953). Brave New World by Aldous Huxley (Chatto & Windus 1931), 1984 by George Orwell (Secker and Warburg, 1949), and, of course, Hunger Games by Suzanne Collins (Scholastic, 2008).


How have you approached the task of promoting your debut book? What online or real-space efforts are you making? Where did you get your ideas? To whom did you turn for support? Are you enjoying the process, or does it feel like a chore? What advice do you have on this front for your fellow debut authors and for those in the years to come?

I thought promoting would be the hardest part of my launch, but I have to say honestly it doesn’t seem as hard as I thought it would be. Most of my marketing is online. I’m completely addicted to Twitter, so it doesn’t feel at all like marketing and Facebook has been a great tool as well.

And I got some great SWAG, the normal stuff like bookmarks and buttons, and special like the emergency evac packs.

My biggest issue was what to do when, but Lisa Schroeder has a great timeline/checklist that I check all the time to see what I should be doing and when. I owe her a huge debt of gratitude.

My support system has been and always will be my husband, first and foremost, and my lovely critique partners, Liz Czukas and Larissa Hardesty.

I think the best piece of advice I can tell anyone is to pick marketing things that are easy and fun for you and do those.

Everyone will notice when you don’t enjoy what you’re doing and it’ll have the opposite effect than what you want. But if you genuinely enjoy it, you won’t dread doing it and everyone will see how much fun you’re having doing it.