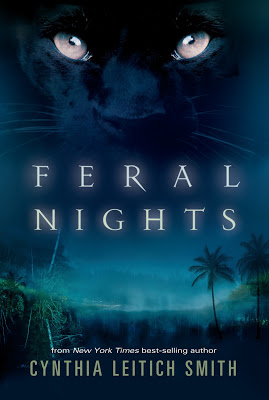 Check out the cover for Feral Nights (Book One in the Feral series) by Cynthia Leitich Smith (Candlewick, Feb. 2012). From the promotional copy:

When sexy, free-spirited werecat Yoshi tracks his sister, Ruby, to Austin, he discovers that she is not only MIA, but also the key suspect in a murder investigation.


When all three seekers are snared in an underground kidnapping ring, they end up on a remote island inhabited by an unusual (even by shifter standards) species. The island harbors a grim secret and were-predator and were-prey must join forces in a fight to escape alive.

Fans of best-selling author Cynthia Leitich Smith Tantalize quartet will thrill to see favorite sidekick characters–together with all-new ones–take to the fore in this wry, high-action entry in an exciting new series.