Lisa Wheeler is passionate about children’s books. “I love everything about them, including the smell.”

To date, Lisa has thirty titles on library shelves, with more to follow. She’s written picture books in prose and rhyme, an easy reader series, three books of poems, and creative nonfiction for the very young.

Lisa shares her Michigan home with one husband, two dogs, and an assortment of anthropomorphic characters.

What memories of your debut author experience stand out? If you could offer advice to the new voice you once were, what would you say? 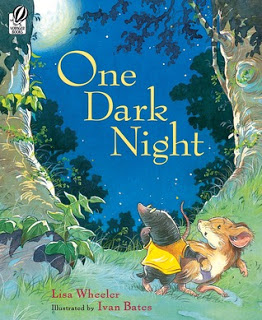 Alas, it took nearly four years and all of my patience before finally selling my first picture book, One Dark Night.

Like most writers, I had dreamed of what that moment might be like. I envisioned a call from an editor during dinner, when all of the family was home. I would be shocked! Elated! Terrified! Excited!

But when the real first sale happened, it didn’t go according to any script in my head.

By that time, I had acquired an agent. He’d accepted me on the basis of a chapter book I wrote. But five months later, when he wasn’t able to sell it, I was convinced he was going to drop me.

When I submitted One Dark Night to him, he called me immediately. He loved the manuscript and was certain it would be my first sale. 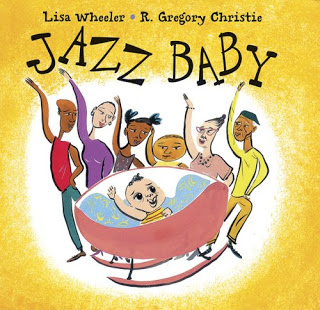 Then, he simultaneously submitted it to six houses. Four of them wanted it!

An auction for the book began and I was left shocked, elated, terrified and excited.

When the dust settled, Harcourt became my first publishing house.

After over two hundred rejections in four years, I had publishers begging me to sell them my story. It was awesome!

This just goes to show that anything can happen on this bumpy road to publication. Don’t give up! The difference between an unpublished author and a published author is one day.

Years ago my agent said that he felt I would be one of those authors who slowly built her reputation one book at a time. He was right!

I really think it comes down to craft. I’ve had books get starred reviews, appear on state lists, and win awards. Those things are out of my control. What is in my control is my manuscript while it is still in my hot little hands. It is up to me to make sure I am sending out my best.

If you build it, they will come.

Yes–many times. Those four years in the trenches were not fun. And I know many writers who have waited much longer for their first book contract.

I recall days when I would come home from work to find three or more of my rejected manuscripts waiting in my mailbox. (Insert funeral dirge here.) I’d whine. I’d cry. I’d get discouraged.

There were even times when I would ask myself if it was all worth it. Could I chase this brass ring forever?

But then, the next day I would get a new idea and the process would begin again.

We writers are a crazy lot.

What advice do you have for the debut authors of 2012?

I would tell them to enjoy each moment. You only get one first book.

Looking back, I realize that I never gave myself enough credit for my accomplishments (probably still don’t). When my first book came out, I was so busy working on new books, trying to sell books, and trying to come up with ideas for more books that I never stopped and smelled the roses.

On the flip side, I would also tell them that this is just the first book. You want it to be the first of many. Don’t stop working, don’t stop submitting and don’t stop brainstorming new ideas.

If this is what you love doing, keep doing it. It is that simple.

The Career Builders series offers insights from children’s-YA authors who written and published books for a decade or more. The focus includes their approach to both the craft of writing and navigating the ever-changing business landscape of trade publishing. 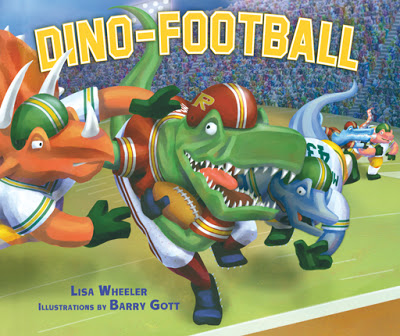