The first in an epic new fantasy series, introducing an unforgettable new heroine and a stunningly original dystopian steampunk world with a flavor of feudal Japan.


The Shima Imperium verges on the brink of environmental collapse; an island nation once rich in tradition and myth, now decimated by clockwork industrialization and the machine-worshipers of the Lotus Guild.

The skies are red as blood, the land is choked with toxic pollution, and the great spirit animals that once roamed its wilds have departed forever.


The hunters of Shima’s imperial court are charged by their Shōgun to capture a thunder tiger – a legendary creature, half-eagle, half-tiger. But any fool knows the beasts have been extinct for more than a century, and the price of failing the Shōgun is death. 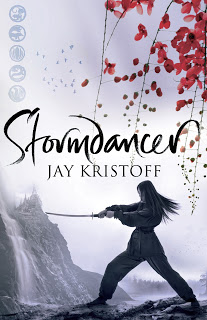 Yukiko is a child of the Fox clan, possessed of a talent that if discovered, would see her executed by the Lotus Guild.

Accompanying her father on the Shōgun’s hunt, she finds herself stranded: a young woman alone in Shima’s last wilderness, with only a furious, crippled thunder tiger for company.

Even though she can hear his thoughts, even though she saved his life, all she knows for certain is he’d rather see her dead than help her.


But together, the pair will form an indomitable friendship, and rise to challenge the might of an empire.

What inspired you to choose the particular point of view–first, second, third (or some alternating combination)–featured in your novel? What considerations came into play? Did you try the story from a different point of view at some point? If so, what made you change your mind?

Stormdancer is told in third person. I’m going to speak some hard truths here to our friend First Person Point of View (First Person PoV) here, if you’ll indulge me:

JK: *turns to First Person PoV, who is watching across the table, eyes already welling with tears*

“First, you’re an awesome person. Really. I have so much fun when we’re together. You’re great for establishing character voice very quickly. You pull readers into the heads of my protagonist like a super-magnet. And you’re great with the kids. But honestly? I find you kinda limiting.”

*puts up hand to cut off First’s indignant protest* 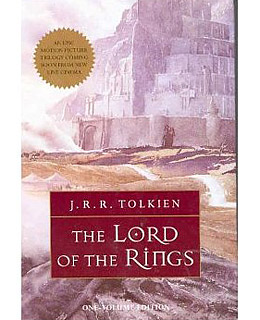 “Look, I’m writing a fantasy story here, First. I mean, you totally work in more intimate settings, but over the course of this series, I’m gonna have armies clashing and factions fighting and imperiums being played for and lost. Lots of different agendas and interests at play, lots of characters colliding and plotting and fighting. You’re just not going to work.

“Can you imagine the Lord of the Rings told only from Frodo’s perspective? Would it have the same feel? Would it be as big?

“If I use you, First, the only way for my readers to know what other characters are thinking or why they behaved the way they did is to have those characters tell my protagonist. If I use you, really important scenes that happen ‘off-screen’ have to be imparted verbally to my hero later on.

“Can you imagine Aragorn sitting down and telling Frodo about the Seige of Gondor after the fact? Would you have cried when Boromir died if Merry and Pippin told Frodo about it at the end of the story?

“Nobody wants to read a book about me sitting on the couch playing Guitar Hero, so in theory, I’m always going to be writing a character who’s different to me. But a thirty-something dude actually writing inside the head of a sixteen year old girl?

“That takes more courage than I’m currently in possession of, First. I’m not saying it can’t be done, I’m just saying my wheelbarrow isn’t that big yet.

“Besides, you’re a totally popular point of view. In fact, it seems like most books on the shelves these days, particularly in the YA section, are written in you. I want to be different. Lots of steampunk written in Victorian England. Lots of love triangles and flawless heroines. Lots of pretty skinny white girls on the cover. I don’t want any of that. It’s been done and done well. Time to roll on.

“It’s not you, First, it’s me. You deserve someone better. Someone who will love you for who you are. Now, you go out and find that special someone and hold onto them with all you’ve got.

“Hey, you don’t happen to have Third’s phone number, do you?”

World building is ultra-important in fantasy for me. In a good fantasy, the world should feel like an actual character. It’s just as important as your protagonist, and it should live and breathe and grow just like they do.

There should be rules laid down for the reader to follow – you need to strike a super happy fun time balance between giving the reader enough information to understand how everything works and killing them stone dead with five-page descriptions of every meal. But better too much than too little – you can always cut it later. 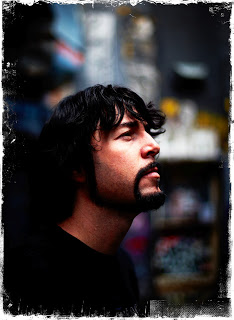 The most important part of any world, of course, are the people living in it. You need to question them constantly. Sit them down in your head for an interview. How does your society work? Who runs it? Who makes the rules? Who enforces those rules? Are people happy with the status quo? What is the glue that holds society together – grand notions like faith and honor, or big guys with bigger guns?

What do people believe? What do they do in their free time? Do they even have any? What does the average person in the street aspire to? What stops them just sitting down in the dust and dying?

How does the society feed itself? How do their transportation systems work? Do people own their own land? Are there slaves? Are there castes? Do people draw lines of division in terms of race? Faith? Blood/birth? Ancestry? Power? Who is the “other”? (Every society has one).

Is it peace time? Has it always been? How did the current people running the show get into power? Who wants to knock them off?

There are thousands of these questions, and a good fantasy writer will know the answer to them all.

A good place to start when building a fantasy world is an existing system. I based the world in Stormdancer on the Samurai age in Japan, then added a combustion-based technology and rolled on from there. George R.R. Martin used medieval England during the time of the War of the Roses, added some subtle magic and some dragons. Hey, presto.

Of course, if you base your world on an existing system (or one that used to exist), you don’t have to use everything. Use history like a salad bar: take what you want and leave the rest. And of course you don’t need to write down every little detail – you’ll probably make your reader envy the dead if you do. But you, the author, need to know how this stuff works, even if you don’t tell anyone else.

Knowing how things work will keep your world and characters consistent. This knowledge is the concrete upon which every additional structure you build in your novel will stand. If the structure is thin or unfinished or put together with no real plan, sooner or later the things you build on top of it are going to fall over. And everyone will die.