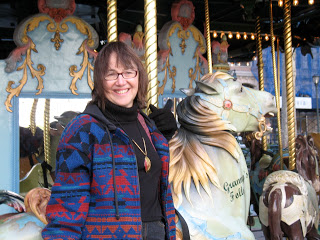 She grew up in New York City, but now lives in Toronto, Canada.


What memories of your debut author experience stand out? If you could offer advice to the new voice you once were, what would you say?

I met my first editor at lunch at an SCBWI New York conference many years ago when it was held at Bank Street. We happened to stand near each other while choosing food in the long line at the cafeteria. I liked her immediately. She was (and is) kind, smart and encouraging.

We talked about writing, life, etc., and it was only at the end of lunch that I asked, “Could I send you a manuscript?”

After she rejected (graciously and supportively) seven manuscripts over the next two years, she finally called me about my eighth submission. “We’d like to publish your book,” she said. It was a magic moment. There’s nothing like that first yes. 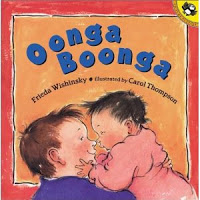 That book, Oonga Boonga (Little Brown, 1990; Scholastic Canada, 1998; Dutton, 1999), is still in print after over 20 years. And the editor and I are still friends after all those years, too. A friend and a book. There’s nothing better than that.

To the young me I’d say: “Cherish words of encouragement, stay true to your voice, listen to wise suggestions for revision, only send in your best work, and never give up.”

My career is a winding road. I’ve meandered to different genres, followed my interests, taken a new fork in the road, and ventured into new themes. A fellow writer once suggested I stick to one genre. She said it’s important to “brand” yourself. “If you’re all over the map and writing in different areas, it’s not good for your career,” she insisted.

Maybe she was right. I don’t know. What I do know is that part of the joy of writing for me is finding the story or idea that I’m excited about and pursuing it. I’m always amazed at what intrigues me or what draws me in to learn more and then write about it. 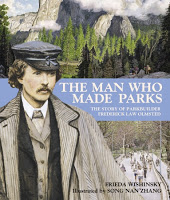 I’ve written about such diverse subjects as Frederick Law Olmsted, who designed Central Park, in The Man Who Made Parks, illustrated by Song Nan Zhang (Tundra, 1999) because I’ve loved Central Park since I was a kid and it’s still one of my favorite places on earth.

I’ve written about explorers whose daring and persistence astound me like Exporers Who Made It…Or Died Trying (Scholastic Canada, 2011) because I would never have ventured into the unknown like they did, and I am fascinated about their personalities and times, and have often wondered what made them take such enormous risks.

Co-writing with the author Elizabeth McLeod, I’ve written about food in Everything but the Kitchen Sink, illustrated by Travis King (Scholastic, 2008) because I love food and its history.

I actually stick food into many of my books. I added hot chocolate into my biography of Einstein, What’s the Matter With Albert?, illustrated by Jacques Lamontagne (Maple Tree, 2002). I have no idea if Einstein ever drank hot chocolate or even liked it, but since this book had a fiction element I figured, why not assume that he did? And the book’s main character, Billy Whitestone, loves hot chocolate. I imagined him drinking hot chocolate with Einstein while interviewing him for a school newspaper. (I know I would have loved doing just that!) 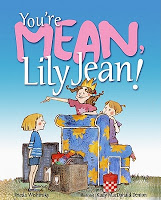 Writing about them has helped me cope with them when they show up (and they always do). And friendships and humor have helped me deal with life through good times and bad.

Writing across genres has given me joy. It’s made writing a path full of surprises. It’s given me a sense of freedom to choose what I like to explore. It’s allowed me to dive into subjects that intrigue me. I think that makes my writing stronger because I write out of a passionate interest in a theme, subject or emotion.

So what do I do when I’m rejected? I try to be patient and not get too discouraged. (Not easy.) But after moaning and groaning I usually drag myself up, dust myself off, and follow the next bend in the road. Most of all, I try to always love the journey. In the end, it’s the best part of writing. That and the people you meet along the way.

I’ve learned that you can’t write to trends; it won’t work. You have to write about what interests you. Readers can tell if the writing isn’t authentic, if the theme doesn’t engage you—if it’s not your “voice.” An author’s voice is what keeps me reading a book.

And sometimes you have to stop writing and let yourself goof off. Sometimes the best writing comes out of taking time off from writing. You’re still writing but not consciously. That’s when some of the magic happens. When you let go. 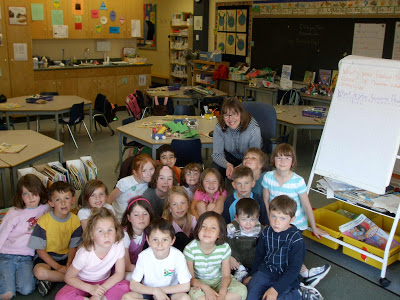 What do you want to say to established mid-list authors about staying in the game?

Network. Keep your name out there with presentations and social media. But most of all, if you still love writing, keep writing. There’s so little we really can control except our words. And if they’re good, I believe they will find an audience.

The Career Builders series
offers insights from children’s-YA authors who written and published books for a decade or more. The focus includes their approach to both the craft of writing and navigating the ever-changing business landscape of trade publishing.

Witchlanders, her debut novel, was called “a stunning teen debut” by Kirkus Reviews and was the winner of the SCBWI Crystal Kite Award for the Americas region. She is now a full-time writer living in Toronto.