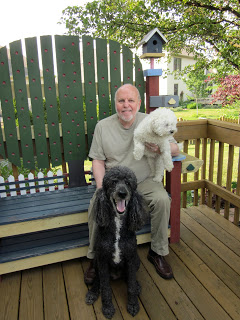 Over one hundred of his adult poems have appeared in small magazines and journals. His first book of adult poems, Gulls Hold Up the Sky, was published by Laughing Fire Press in 2010.

Pat has made nearly 500 school visits all over the world, and he has collected a T-shirt with logo at every school. He was recently given the 2010-2011 NCTE Excellence in Children’s Poetry Award, announced every two years.

Never having had that electrifying teacher or librarian who turned me to poetry as a kid, I came to it very late in a career that was already “Over there — Behind the shelf” (teaching college economics).

Poetry, once discovered, led to three years of poring over untold numbers of poetry volumes and texts, though I was hardly able to quit my day job.

Self-teaching is a bracing experience. The best metaphor to describe my circumstances is the rapids. But there was no “hop-scotching” about it, unless you define the occasional poem accepted in a small journal a success.

I raced down those roiling rapids for seven years, passing hundreds of signs that from the shore that shouted “No!” Rejection followed rejection with the rapidity of tracer bullets.

But my message to schoolchildren is advice that I have always taken myself: Nothing succeeds like failure. Make failure your friend. Ignore the Muse, who is usually on vacation at Richard Wilbur’s.

A sweet whisper from the Muse—inspiration—is overrated anyway. Poetry is mostly dedicated hard work. Create your own Muse by reading, reading, reading. Then and only then are you ready to take up arms against the beast. If you consider yourself a writer, giving up does not enter the conversation.

Despite the hard work (and pleasure) of learning the poet’s trade, enthusiasm was not the key to an invitation that I was hoping for. Frankly, but unbeknownst to me at the time, my first poems were embarrassing. And it took some good people, most often my twin brother, to hold up the mirror of my pedestrianism. As Maxim Gorky once said to Chekhov, “When I read your stories, I feel as if I am writing with a log.”

Passion alone is not enough. If I have developed anything over the years, I like to think that my ear has become better attuned to distinguish the great from the good, the middling from the awful, and can tell me just where my own work has gone off the tracks.

The poet Donald Hall once said that poets should wake up every day and tell themselves that they are going to write great poetry. Will they succeed? Not very likely. And yes, that flummoxes me, as it must every poet. But when was that ever the point?

The point is in the trying. You can substitute music, dance, painting or any of the other arts for poetry, and Hall’s assertion would be just as valid. 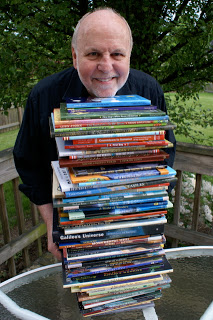 But, cliche though it is, good things happen to those who wait.
And I’m pleased that I was never one of the “insiders” who, I think, must unlearn so many bad habits of creative writing classes, not the least of which is trying to write the way their poetry professors do.

I do regret that I wasn’t weaned at an earlier age on classic poetry—adult poems and children’s verse alike. It’s been a long process of “catching up” during my second career.

But I love the chase, discovering minor poets whose work has been overlooked or underrated, stumbling upon new, sometimes foreign, verse forms, and knowing that there is so much poetry to look forward to.

I’m asked this question at virtually all of my school visits. My stock answer is that my books are like my three children: I love them all for different reasons.

But of course I do have favorites as far as the art goes, and here I have been
blessed beyond the telling. Pure dumb luck. I’ve been assigned some of the world’s greatest illustrators, for which I can take no credit. These are artists who have evoked my words with unspeakable grace. So there are at least a dozen titles that I would be proud to let stand as a legacy. 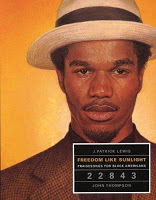 As much as I love writing nonsense verse, I am especially gratified with the poems I have written to honor minorities, such as, Freedom Like Sunlight: Praisesongs for Black Americans (Creative Editions), and a forthcoming 2013 book in that vein, When Thunder Comes: Poems for Civil Rights Leaders (Chronicle Books).

For sheer beauty, though, the two books I have been honored to do with the incomparable illustrator and Hans Christian Andersen winner Roberto Innocenti—The Last Resort and The House (both from Creative Editions)—hold pride of place.

Wow! Enter to win a signed copies of all of these 2012 titles by Pat: 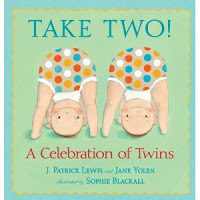 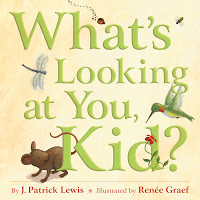 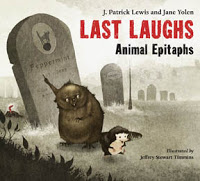 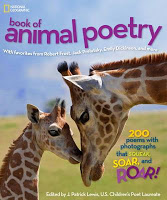 However, they’re not yet available (and, thus, not included in the giveaway). So keep a lookout for them this fall/winter!

The Career Builders series offers insights from children’s-YA authors who written and published books for a decade or more. The focus includes their approach to both the craft of writing and navigating the ever-changing business landscape of trade publishing.