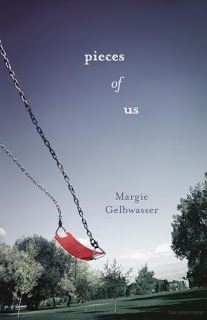 As a writer of YA contemporary fiction, I’m often asked if my stories mirror my own teenage experiences.

No matter how many times this question comes up (and it’s a lot), my response is often stated in the same tone: apologetic.

I know the answer people want, and a part of me wishes I could give it to them.

Another part of me wants puff my chest out and exclaim, “I made it all up. Yes, all of it. My imagination is that good!”

This need to know?

As a reader, when I connect to the characters or the story, I want to know more about it. I want to understand the plot and the characters’ motives on a deeper level, find meaning in what the pages before me leave out.

As a writer, I know some things are not meant to be answered. As a writer, I may take a small incident that happened to me and expand it further. I may give it a different outcome.

Through my writing, I will try to find an answer to the things that puzzled me. But I try to keep fact and fiction very separate. I learned this the hard way. 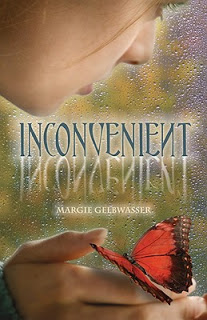 My first novel was Inconvenient (Flux, 2010), and the final result was very different from the earliest draft.

The original story focused on three generations of one Russian-Jewish family. I tried to fictionalize my families’ experiences, but it didn’t work. Voices (and by that I mean my family) kept telling me I was writing them “wrong.”

Of course, I was! It was supposed to be fiction.

After a while, even when I stopped telling my family about the story, I couldn’t write it anymore. There was a character that was too me, one that was too much my sister, others that were too similar to other family members. There were too many barriers, too much of a need to make things “right.”

The final version drew on the Russian-Jewish aspect and the culture, but that was it. The parents weren’t mine, the protagonist had no siblings. Yes, some experiences (e.g. like discrimination the main character faced) mirrored my own, but it wasn’t all me.

And still, my newest novel (Pieces of Us (Flux, 2012)), utilizes my own experiences even less.

Pieces of Us focuses on cyber-bullying, family relationships, and physical and sexual abuse. It draws on some of my high school and college experiences—like when a group of boys thought it would be funny to call me “whore”—but takes the incidents many steps further. 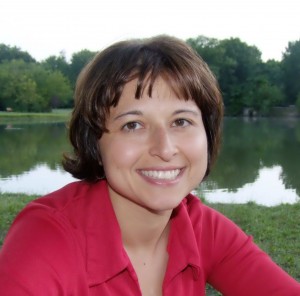 Writing Pieces of Us was freeing. There were no voices telling me I was writing the “facts” incorrectly. There was no one to censor the outcome. I didn’t question whether portraying a character one way or another would insult someone.

I know there will be many questions when the book comes out, like what possessed me to write such a dark story. I know many will wonder if any of the events happened to me. I know some will say I have no right to write about what I myself did not experience. But that’s fine.

My goal is to be truthful in my writing.

As for what that means, opinions may differ, but I think I accomplish that.

Margie Gelbwasser got her first shot at becoming an award-winning writer when she was seven years old. But her ten-page story about a kidnapped girl was beat by a three-page talking-strawberry tale from a fellow second grade student.

Margie kept her dream alive by editing her high school and college literary magazines – she earned a bachelor’s degree in English at The College of New Jersey and got her master’s from William Paterson University – and freelance writing for “Self,” “Ladies’ Home Journal” and “Girl’s Life.”

She debuted as a published novelist in 2010 with her young adult book about a Russian-Jewish girl with an alcoholic mom; Inconvenient was a 2011 Sydney Taylor Notable Book for Teens.

Her second novel for teens, Pieces of Us is told in four points of view and hones in on the growing issue of cyber bullying, abuse, family relationships and how one teen’s actions affect the other three.

Born in the former Soviet Union in what is now known as Belarus, Margie came to America when she was three years old. She lived in Brooklyn as a child and throughout New Jersey in her adult life, settling in Fair Lawn with her husband and their superhero-firetruck-construction-dinosaur-loving five-year-old son.

When not writing and spending time with the family, Margie leads creative writing classes and programs for teens.

2 thoughts on “Guest Post: Margie Gelbwasser on Write What You Know…Except When You Don’t”