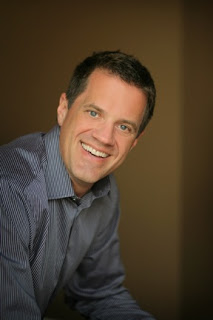 Let me paint the scene for you: a high school foyer toward the end of Author’s Night, with a dozen writers of YA fiction – including me – scattered behind six-foot tables, signing stacks of books. The turnout during the evening had been moderate, but better than the faculty expected.

I watched as a young woman in a cheerleading outfit came in from the gymnasium, merely passing through the foyer to the parking lot. She was accompanied by a woman I assumed to be her mother. The mom glanced at some of the author tables as she walked past, and asked her daughter if she’d like to stop and see some of the books.

The cheerleader’s response? She rolled her eyes and said, “Only dorks read.”

If that makes you groan, you’ll appreciate the mom’s reaction even more. She hugged her daughter, looked me straight in the face, and beamed a look that said, “Isn’t she adorable?” And off they went.

Those us who are involved in the young adult literature world (whether as an author, publisher, teacher, or librarian) have more than a vested interest in the state of education.

Sure, our careers are built around it, but we’re also involved on a
passionate level. When I hear so many parents cry out about “fixing
education,” I always think back to that one mom. 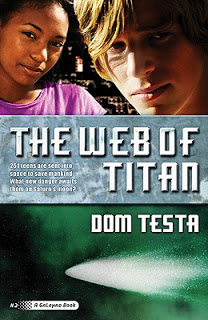 Too many people are under the impression that education can be “fixed” through legislation or mandates or school board decrees. I’ve been working with students for almost twenty years, and I’m convinced that the answer lies primarily with a student’s attitude toward education.

Yes, it’s nice that people donate hundreds of books in an annual book drive; but if a student believes that “only dorks read,” or that reading and straight A’s will paint them as a “nerd,” then a million books won’t be the answer.

An attitude shift is what’s required. Our culture today – with an assist from mass/social media – have reinforced the notion that smart kids are socially awkward and dorky. Television and music videos have reinforced that the most important thing you can do with your life is be famous and be cool.

An education? Who has time for that when we’re all gonna be stars?

Now throw in the all-too-pervasive apathy of parents, and you’re left with classrooms full of students who have little-to-no desire to even be there. Oh, and while we’re at it, let’s slash school budgets, increase class size, and then demand that the teachers work miracles with cross-armed students.

Fixing education doesn’t begin in Washington, your state capital, or even your local school board. It begins with a cultural shift in young peoples’ attitudes toward the mission. The solution begins by emphasizing that Smart Is Cool, and that requires a concerted effort by teachers, parents, authors, bloggers, and (although likely the last to come around) pop culture.

Besides writing YA novels and hosting the top-rated morning show in Denver, I also run a non-profit foundation called The Big Brain Club. Our mission is to show young people that Smart Is Cool, that they don’t have to choose between being cool and using their brain.

I would encourage all of the readers of Cynsations to take up the challenge in their own communities, to stop waiting on the government to fix a problem that’s right in front of them, and to begin the process of working directly with the students themselves.

This is a cultural revolution…and you know where revolutions must begin, right? 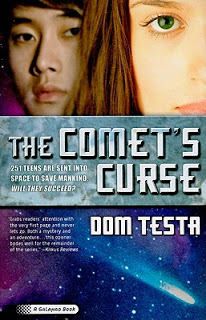 Dom Testa is the author of the award-winning Galahad series of books, including The Comet’s Curse (Tor, 2012), a Top Choice of the American Library Association. His foundation, The Big Brain Club, works with middle school students across the country to help them recognize that Smart Is Cool.

Dom will be speaking at the 2012 Texas Library Association meetings in Houston, April 17-19. If you’d like to reach out to him personally, he’ll be signing copies of his books at three stops in Texas: