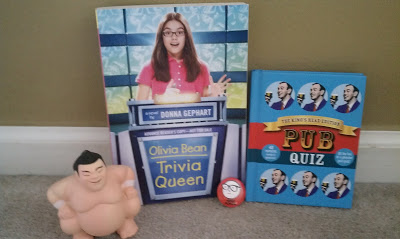 Enter for a chance to win:

To enter, comment on this post and include an email address (formatted like: cynthia at cynthialeitichsmith dot com) or a link to an email address. Or email Cynthia directly with “Olivia Bean, Trivia Queen” in the subject line. (If you’re on LiveJournal, I’m also taking entries via comment at the Cynsations LJ.)

Olivia Bean knows trivia. She watches “Jeopardy!” every night and usually beats at least one of the contestants. If she were better at geography, she would try out for the show’s kids’ week. Not only could she win bundles of money, she’d get to go to the taping in California, where her dad–who left two years ago and who Olivia misses like crazy–lives with his new family.

One day Olivia’s friend-turned-nemesis, Tucker, offers to help her bulk up her geography knowledge. Before Olivia knows it, she’s getting help from all sorts of unexpected sources: her almost-stepdad, superannoying Neil; her genius little brother, Charlie; even her stressed-out mom.

Soon she has breezed through the audition rounds and is headed for Hollywood! But will the one person she wants to impress more than anyone else show up to support her? 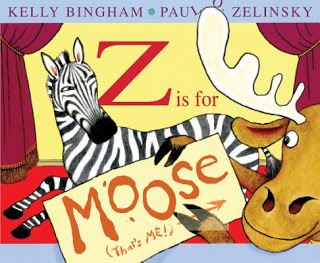 Enter to win a copy of Firelight or Vanish, both by Sophie Jordan (Harper) from Cynsations. To enter, comment on this post (click previous link and scroll) and include an email address (formatted like: cynthia at cynthialeitichsmith dot com) or a link to an email address. Please specify if you already own one of the books and are looking to win the other. Or email Cynthia directly with “Firelight,” “Vanish” or “Firelight/Vanish,” if you’re
open to winning both, in the subject line. Author-sponsored. Eligibility: U.S. Deadline: midnight CST March 5.

Enter to win an ARC of Chronal Engine by Greg Leitich Smith (Clarion) from P.J. Hoover from Roots in Myth. Peek: “This is the kind of adventure I would have desperately wanted to go on as a kid (or heck, even as an adult). It’s smart and witty and 100% engaging!” Deadline: 11:59 p.m. March 3. Eligibility: North America.

3000 Thank Yous Giveaway from Angela Ackerman and Becca Puglisi from The Bookshelf Muse. Enter to win books by Janice Hardy, Cynthia Leitich Smith, Elizabeth Spann Craig, and one of 10 pre-release copies of The Emotion Thesaurus: A Guide to Character Expression. Deadline: March 12.