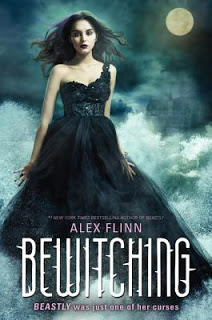 Enter to win one of the following autographed books:

To enter, comment on this post and include an email address (formatted like: cynthia at cynthialeitichsmith dot com) or a link to an email address. Or you can email Cynthia directly with “Alex Flinn Giveaway” in the subject line. Deadline: Feb. 20. Author sponsored. U.S. entries only.

Mark your calendars for Alex Flinn’s Upcoming Tour.  She’ll be appearing at Anderson’s Bookshop in Naperville on Feb. 14, at Blue Willow Bookshop in Houston Feb. 15 and at Barnes & Noble in Round Rock (Texas) Feb. 16.

Once, I put a curse on a beastly and arrogant high school boy. That one turned out all right. Others didn’t.

I go to a new school now–one where no one knows that I should have graduated long ago. I’m not still here because I’m stupid; I just don’t age.

You see, I’m immortal. And I pretty much know everything after hundreds of years–except for when to take my powers and butt out.

I want to help, but things just go awry in ways I could never predict. Like when I tried to free some children from a gingerbread house and ended up being hanged. After I came back from the dead (immortal, remember?), I tried to play matchmaker for a French prince and ended up banished from France forever. And that little mermaid I found in the “Titanic” lifeboat? I don’t even want to think about it.

Now a girl named Emma needs me. I probably shouldn’t get involved, but her gorgeous stepsister is conniving to the core. I think I have just the thing to fix that girl–and it isn’t an enchanted pumpkin. Although you never know what will happen when I start . . . bewitching. 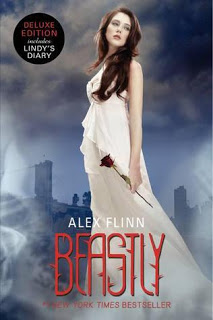 See it through both their eyes.

A beast. You think I’m talking fairy tales? No way. The place is New York City. The time is now. And I’ll stay this way forever—ruined—unless I can break the spell.

Yes, the spell, the one the witch in my English class cast on me. Why did she turn me into a beast who hides by day and prowls by night? I’ll tell you. I’ll tell you how I used to be Kyle Kingsbury, the guy you wished you were, with money, perfect looks, and the perfect life. And then, I’ll tell you how I became perfectly . . . beastly.

Diary, I am locked away . . . with no one to confi de in but you . . . and him. His fur, those claws—they caught me off guard at first, but now I’m noticing something else about him—something deeper. It’s the look in his eye. It tells me he’s got a secret to keep. That’s okay—I’ve got one, too. I think I’m falling in love with him. . . . Lindy 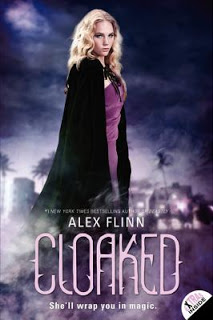 I’m not your average hero. I actually wasn’t your average anything. Just a poor guy working an after-school job at a South Beach shoe repair shop to help his mom make ends meet. But a little magic changed it all.

It all started with a curse. And a frognapping. And one hot-looking princess, who asked me to lead a rescue mission.

There wasn’t a fairy godmother or any of that. And even though I fell in love along the way, what happened to me is unlike any fairy tale I’ve ever heard. Before I knew it, I was spying with a flock of enchanted swans, talking (yes, talking!) to a fox named Todd, and nearly trampled by giants in the Everglades.

Don’t believe me? I didn’t believe it either. But you’ll see. Because I knew it all was true, the second I got cloaked. 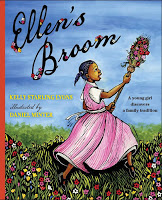 New! Enter to win We’ve Got a Job by Cynthia Levinson from EMU’S Debuts. Deadline: Feb. 7.

See also Cynsational News & Giveaways for the most inspiring and useful news of this week in the kidlitosphere and even more book giveaways!