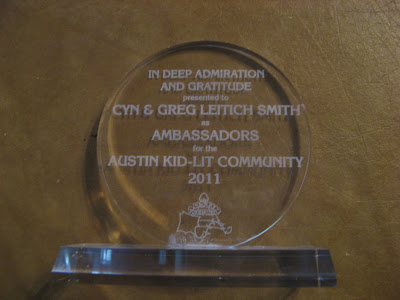 The Meredith Davis Member-of-the-Year Award went to writer Shelli Cornelison, the winner of the portfolio contest was author-illustrator Jeff Crosby, and in a surprising turn of events, Greg and I received an award naming us the 2011 Ambassadors for the Austin Kid-Lit Community. We’re deeply honored.