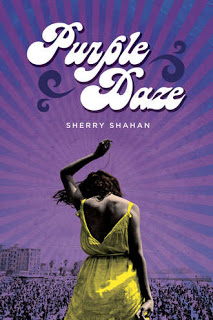 My YA novel in verse Purple Daze (Running Press, 2011) was inspired while I was an MFA student (Writing for Children and Young Adults) at Vermont College of Fine Arts.

I was cleaning out my office when I found an old shoebox. Inside were letters from a friend who had served in Vietnam during the 1960s. I remember sitting on the floor and rereading the gut-wrenching accounts of his time in that living hell.

A short time later, I began writing character sketches about other high school friends. Once I began scribbling, memories slammed me twenty-four-seven. I let myself tap into the emotions triggered by that crazy time—from happiness (our wild antics) to rage (over a senseless war) and sorrow (teen angst). It was like being in a constant flashback.

I’d attended poetry workshops over the years, studying language and form as a way to improve my prose; though I never considered myself a poet. The MFA program, however, challenged us to explore genres outside our comfort zone. So I started playing around with the idea of a verse novel.

Since my friend’s letters were the inspiration, I decided to use that form of expression for his character. I experimented with other styles for other characters—notes, journal entries, free verse and traditional poetry. I wanted the story’s emotional layer to be as true to life as possible, although I never considered portraying events as they really happened.

Experimenting with a nontraditional form definitely had its challenges. (Earlier novels Frozen Stiff (Random House) and Death Mountain (Peachtree) were written in traditional prose.) Each of the six viewpoint characters required his or her own story arc, yet I had to weave the individual stories smoothly into the whole.

I suddenly became aware of ‘white space’ and its role in shaping emotional context. In certain instances, white space reflected the power of a thought or idea in a way that solid text could not.

This piece is only four lines:

In later drafts, I added descriptive entries about historical events in 1965, such as the Pentagon’s authorization of Napalm and the FBI’s all-out war to discredit Dr. Martin Luther King, Jr. These pieces are juxtaposed against musical references: rock concerts and the true story behind Arlo Guthrie‘s famous song “Alice’s Restaurant.” 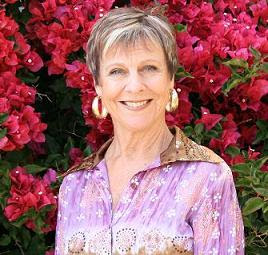 Ultimately, though, I wanted Purple Daze to be a story about six high school friends and their sometimes crazy, often troublesome, and ultimately dramatic lives. I didn’t want their stories be overshadowed by history lessons.

Even if a writer isn’t interested in trying a novel in verse, here’s a good revision exercise: Take a scene from your manuscript and rework it. Concentrate on metaphor, assonance, startling imagery, rhythm and cadence.

Sure, all good writing should contain these elements. Still, I find it’s easier to focus on ‘voice sounds’ and ‘patterns of expression’ when my writing looks like poetry.

To me, verse mirrors the pulse of adolescent life. Condensed metaphoric language on a single page is an apt reflection of their dramatic, tightly-packed world.