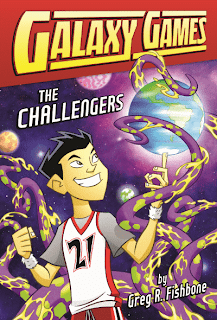 It’s an exciting time when an author releases his or her debut book, possibly after many years of writing, revising, and submitting to publishers.

In 2007, it was extra special for me to share the debut book experience with fellow authors in the Class of 2k7 group, and to watch a new crop of debut children’s and YA authors renew and refresh the publishing industry every year since.

There is no similar support group for authors producing a second book, but perhaps there should be, since the challenges of a “sophomore outing” are at least as difficult as those surrounding the release of a debut title.

Second books have a different set of expectations from readers and require a different frame of mind from the author. Fortunately, there are also upsides to building on the experiences gained the first time around.

A debut book comes to readers with little or no expectation, other than second-hand reviews or word of mouth. Second and subsequent books will need to reach readers who already have a positive or negative opinion of any books that have come before. 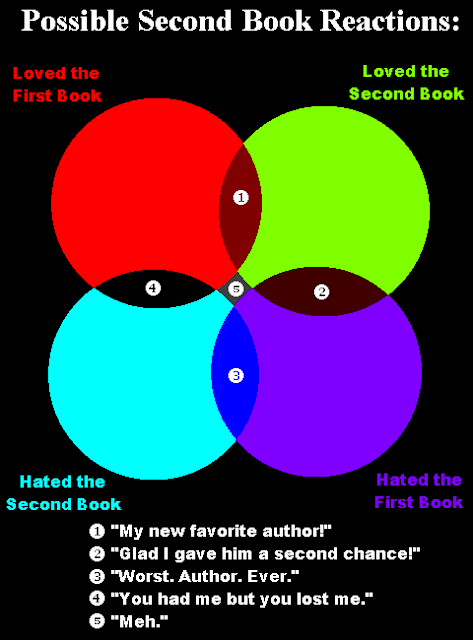 Authors tend to have a style or themes that carry over from one story to another, but different books may be better suited for different audiences. My first book, The Penguins of Doom (Blooming Tree, 2007), was a contemporary fantasy, written in first person, with a female narrator. My second book, The Challengers (Tu Books/Lee & Low, 2011), is a series book in the science fiction and sports genres, written in omniscient third person, featuring a male protagonist.

I like to think that all readers will enjoy both books equally, but realistically there will be a Venn Diagram containing two sets of ideal readers with some overlap in the middle. 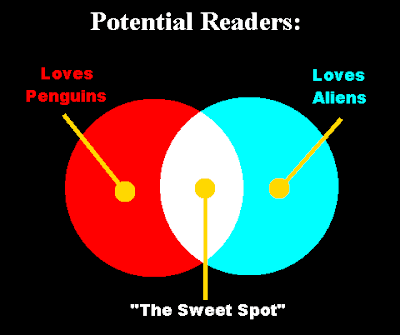 Another difference is that the release of a debut book is a milestone event that other people will use to define you as a “real” author. Of course I’ve always been a real author, but the outside world loves to create a huge distinction between pre-published and post-published status and, truthfully, it feels better to show off a finished book than a promising manuscript or a personalized rejection letter. 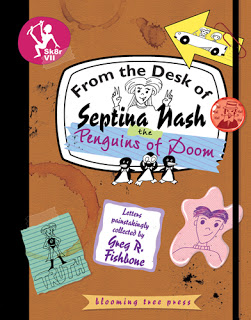 Just don’t get too used to the debut author accolades, because people won’t make as much distinction between once-published and twice-published folks.

Once you have the first book in print, pumping out a second is just what people now expect from you.

On the plus side, a second book can reveal the author’s growth as an artist. Releasing subsequent books will reveal a career arc that will ideally show continued blossoming and refinement.

While I worked on my second book, I used my first book as a baseline. Everything I wrote had to be funnier, tighter, more compelling, and just plain better in every way. This is a benchmark I didn’t have before, and I found it helpful to keep in mind.

Another plus is that I can now apply the marketing experience that I obtained from publishing the first book, including a sense of what works and what doesn’t.

I already have a website. I have some great contacts and a social media presence. I even have a few eager fans! Already knowing all the details that go into a book launch, I don’t feel nearly as much pressure or anxiety as I did the first time around. As a result I can be much less stressed.

Finally, the second book can also be a kind of debut. For example, The Challengers is my debut science fiction book. It’s also my debut series book and my debut sports book. Publishing a second book puts to rest any lingering self-doubts that the first book could have been some kind of fluke.