Five prestigious Canadian children’s book awards were announced last night with prizes totalling $65,000—and next year there will be one more!

There was much excitement in Toronto last night as attendees of the Canadian Children’s Book Centre’s annual gala gathered to hear the announcement of five prestigious children’s book awards, including Canada’s most lucrative, The TD Children’s Literature Award, worth $25,000.

The evening held another surprise, however. HarperCollins Canada editor Hadley Dyer stepped to the podium to announce another major children’s book award that will be administered by the CCBC.

The Monica Hughes Award will honour excellence in the children’s science fiction and fantasy genre and comes with a $5,000 cash prize which will be awarded annually beginning in October 2012.

The award is sponsored by HarperCollins Canada in memory of the late Monica Hughes, the author of over forty books, many of them works of science fiction and fantasy for young readers.

Many congratulations to last night’s winners: 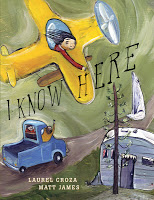 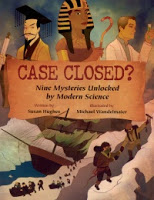 She got interested in young adult literature when she moved to Toronto, Canada, and began working for CANSCAIP, the Canadian Society of Children’s Authors, Illustrators and Performers, where she eventually became the Administrative Director.

She is now a full-time writer living in Toronto. Witchlanders is her debut novel.