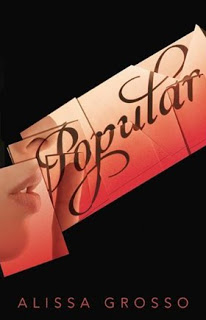 My name: Alissa Grosso is the first-time author of Popular (Flux, 2011). From the promotional copy:

For reigning popularity queen Hamilton Best, the very idea of graduation is filled with fear. She’s always been the star of Fidelity High’s most exclusive clique, idolized for her perfection and her fabulous parties—you know you’re “in” when you make Hamilton’s guest list.

As high school draws to a close, Hamilton is about to lose everything that makes her who she is. To make matters worse, the clique is slowly coming apart at the seams. Although the hand-picked members—Olivia, Zelda, Nordica, and Shelly—all have their own agendas, desires, and secrets, they do have one thing in common: they’re desperate to break away from Hamilton.

Yet Hamilton has the biggest and most shocking secret of all, one that only her devoted boyfriend Alex knows. If the truth got out, it would completely destroy her fragile world.

And she’ll do anything to keep that from happening.

I was that kid that always had her face buried in a book. Actually, I am still that kid, just a bit older. As a kid, I would read anything and everything I could get my hands on. I recall not liking historical fiction and books with talking rodents as a kid, mostly because these always seemed to be the books we were assigned in school, and if there’s one thing I hated, it was being forced to read something rather than being able to choose what I read.

To me, Anastasia Krupnik, Harriet Welsch (of spying fame) and Turtle Wexler, whose precociousness helped to solve the Mr. Westing’s riddle, seemed as real as some of my real-life friends. I tended to read my favorite books again and again, and in several cases emulated some of my favorite characters. So, there was some confusion between fiction and reality in my young mind, and this was probably further compounded by the fact that I spent a lot of my play time writing books of my own in my head.

I had a pretty comfortable childhood. Probably the biggest challenge I faced as a kid was moving and changing schools every few years. So, it certainly wasn’t as if I read books to escape from any sort of hardship. I simply did a lot of vicarious living through books because I enjoyed it. As for the re-reading, that was partly because I wasn’t quite ready to say goodbye to some of my favorite literary friends and partly because I didn’t have nearly enough books available to me.

Writing Popular reminded me a lot of my childhood days of reading and re-reading books and making friends with the characters I found in those pages, because I really like the characters who populate this somewhat dark tale of high school popularity.

That’s a good thing since I spent a lot of time with those characters in all the years of writing and revising, through editorial letters and now through public readings of my book. Even more so than with reading, when writing I need some characters that I like, some literary friends to help me see a book through from those early chapters to the eventual conclusion. 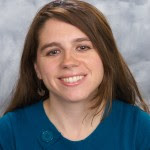 When I first started writing Popular shortly after I graduated high school, nobody owned cell phones and the Internet was still in its infancy. As a result, my first manuscript didn’t contain a single mention of either technology and could have easily taken place in the early 1990s.

I actually wrote the second part of Popular much more recently, and so there are a couple of small references to the Internet and cell phones, nothing major and certainly nothing that’s crucial to the plot.

I’m not yet sure how teenagers will react to the book. Will the glaring lack of technology references make the book seem quaint and old-fashioned?

I hope not. I hope that they become so immersed in the story they fail to notice the fact that nobody in Fidelity seems to own a cell phone.

My current work in progress, is almost the complete opposite of Popular. It is saturated with technology, and much of the plot is directly intertwined with current technology like social networking and reality television. This worries me a bit, because I know how fast technology changes, and this book could quickly become dated, especially if I don’t hurry up and finish it.

With the speed with which technology is changing and the impossibly slow speed of the publishing world, it’s pretty much impossible for writers to be completely current. I may end up having to publish my current work in progress as historical fiction in order for it to make any sense at all.