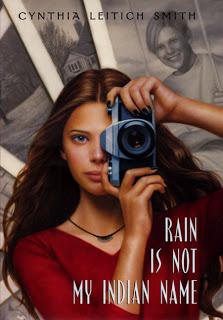 When I was writing my debut novel, Rain Is Not My Indian Name (HarperCollins & Listening Library, 2001), I was in my early thirties.

I lived in a loft apartment near Printers Row in the near south loop of Chicago and had only one cat, Mercury Boo.

Today, I’m in my early 40s. I’ve sold fourteen books and nine individually-published short stories. I just finished Diabolical (Candlewick, Jan. 2012), the latest addition to the Tantalize series, and I’m waiting to work my way through the copyedits. My first graphic novel, Tantalize: Kieren’s Story, illustrated by Ming Doyle (also Candlewick) will be released in August.

I live in a 1920s bungaloid in central Austin, and I have four cats—Mercury Boo, plus Bashi, Leo, Blizzard.

On the tenth anniversary of the release of Rain Is Not My Indian Name, it seems appropriate to reflect on the book’s journey.

“What ever you do, don’t talk about the death part,” the event host implored me.

It was fall 2001, and I was speaking to tweens about my debut novel, Rain Is Not My Indian Name. The story is about Cassidy Rain Berghoff, a mixed-blood Native girl who–after the unexpected death of her best friend–slowly reconnects to her family and intertribal community through the lens of a camera.

I had been inspired to write the book in part by the sudden demise of a boy at my real-life high school. I recalled the adults of the time wanting to gloss over what happened. It was almost as though an untimely death was something to be embarrassed about. Hardly anybody really talked to the teenagers there and then. My mother made an effort, but I felt obligated to reassure her. It was the Kansas suburbs in the 1980s, and everyone was supposed to appear cheerful and well adjusted. 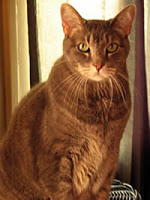 [The spirit of Cassidy Rain’s friend Galen was represented in the novel by his gray tiger cat, modeled after Mercury Boo.]

In the decade or so between my adolescence and beginning the novel, I had been under the impression that society had shifted. I’d assumed that we routinely deployed therapists to schools. I’d expected that grown-ups in general made more of an effort to connect emotionally and intellectually with teens on the big questions. I was right. And wrong.

Loss was a huge topic in fall of 2001, in the wake of the terrorist attacks of September 11.

I’ve always felt as though we should err on the side of preparing rather than protecting young people when it comes to life’s challenges, especially when experienced in the pages of a book.

But given that I was being repeatedly asked not to talk about “the death part,” I did my best to honor my hosts’ wishes and respect that they had a better understanding of their individual communities than I did. Because the emphasis of the story is more on healing than the first brushstrokes of grief, I was able to accommodate these requests while staying true to the story.

However, if a young reader asked an on-point question about my inspiration or shared a personal experience, I honored that with the full attention and honest response it deserved.

Looking back, my theory that we’d see a huge upswing in fantasy for young readers seems to have come true. Yes, the then-recent success of Harry Potter was a critical factor. But beyond that, for many, the reality of life and especially death felt too real in 2001. 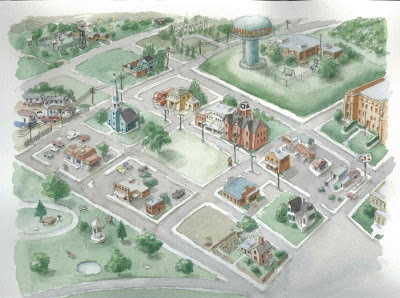 In the early days of a new war, Cassidy Rain’s family was a military family. Her father is in the Air Force, stationed overseas, and she’s being largely raised by her grandfather.

Over the years, I’ve received a fair number of notes from military families who appreciated seeing folks like themselves depicted in the pages of a tween story, though many wondered why such books are so rare.

Speaking of rare, Rain Is Not My Indian Name remains one of the few children’s-YA novels featuring a Native protagonist that’s set in modern day.

Cassidy Rain’s heritage is important to her, and she is grounded in it. She is also a photographer and little sister and sci fi fan. She’s a real girl, so to speak.

The craft of the novel reflects Native American/American Indian writing traditions and addresses both the insider and outsider audience, arguably favoring young Native readers–if only because we all write first for the child within.

Today I’m glad I resisted the traditional market pressure to either: (a) dole out cultural nuggets that did not serve the story strictly for educational consumption or (b) streamline cultural references so as not to challenge/stretch some non-Indians. That’s where we still need to go with Native youth fiction–with “multicultural” fiction in general.

Rain Is Not My Indian Name was one of the first books in which the Internet played a role. Not a huge one, and it revolved around building websites. I recently re-read it, and that aspect stands up pretty well.

That said, I don’t overly fret dating a story. I don’t think you can write convincing contemporary settings without occasionally taking that risk.

It was more important to underscore Native Americans as people of living nations with a past, a present, and a future—both intrinsically and because it was the future that Cassidy Rain would have to ultimately embrace.

When I talk to aspiring authors, I tell them that you have to be passionate about what you write, if only because it might be published, and then you’ll have to live with it for a long time. To each new reader, it’s a new book, and you remain its ambassador.

Rain Is Not My Indian Name is a symbol of that growth. As a published novelist, it’s the place I began. Every novel I’ve published since has been more popular, but Rain has its loyal followers. I’ve heard from kids who insisted it was their favorite book and a few who said it had helped them to heal after a great loss.

I love that. And I love to think of Rain, forever fourteen in a little fictional town called Hannesburg, Kansas. 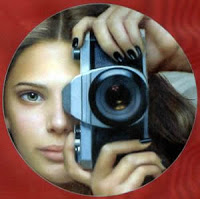 In honor of my work on Rain Is Not My Indian Name, I was named a 2001 Writer of the Year by Wordcraft Circle of Native Writers and Storytellers.

Audio File says: “Rich with sorrow and the longing for resolution in a life diminished by loss, the story of Rain’s journey toward her own identity is captivating and exceedingly hopeful.” Check out the unabridged download from Listening Library.

School Library Journal said: “It is one of the best portrayals around of kids whose heritage is mixed but still very important in their lives. It’s Rain’s story and she cannot be reduced to simple labels. A wonderful novel of a present-day teen and her ‘patch-work tribe.'”

Publishers Weekly: “…readers will feel the affection of Rain’s loose-knit family and admire the way that they, like the author with the audience, allow Rain to draw her own conclusions about who she is and what her heritage means to her.”

See also the Readers Guide and Chapter Insights. Read an excerpt from HarperCollins. 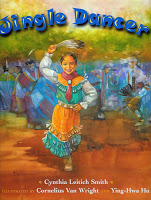 My other books with Native protagonists include a picture book, Jingle Dancer, illustrated by Cornelius Van Wright and Ying-Hwa Hu (Morrow, 2000)(ages 4-up), and a chapter book collection of short stories, Indian Shoes, illustrated by Jim Madsen (HarperCollins, 2002)(ages 7-up).

My short stories with Native protagonists include: “A Real Live Blond Cherokee and His Equally Annoyed Soul Mate” from Moccasin Thunder: American Indian Stories for Today, edited by Lori M. Carlson (HarperCollins, 2005) and “Riding With Rosa” from Cicada literary magazine (Vol. 7, No. 4, March/April 2005).

I look forward to the publication of “Mooning Over Broken Stars” in Girl Meets Boy, edited by Kelly Milner Halls (Chronicle, spring 2012). My story is a companion to one by distinguished Abenaki author Joseph Bruchac.

9 thoughts on “10th Anniversary of Rain Is Not My Indian Name: Reflections on a Debut Novel”