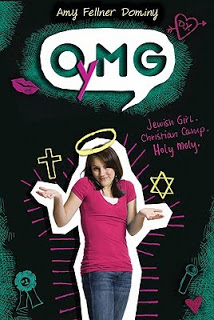 Ellie Taylor loves nothing better than a good argument. So when she gets accepted to the Christian Society Speech and Performing Arts summer camp, she’s sure that if she wins the final tournament, it’ll be her ticket to a scholarship to the best speech school in the country.

Unfortunately, the competition at CSSPA is hot-literally. His name is Devon and, whether she likes it or not, being near him makes her sizzle. Luckily, she’s confident enough to take on the challenge-until she begins to suspect that the private scholarship’s benefactor has negative feelings toward Jews.

Will hiding her true identity and heritage be worth a shot at her dream?

Debut author Amy Fellner Dominy mixes sweet romance, surprising secrets, and even some matzo ball soup to cook up a funny yet heartfelt story about an outspoken girl who must learn to speak out for herself.

I’ve had many, but none quite like my dad.

First of all, you have to know something about me: My inner voice hates me.

You know that inner voice…the one that tells us how we’re doing, and loves to offer comments while we’re writing? Well, mine never has a good thing to say. It usually pipes up with things like, “Your story is boring. You have no talent. Why don’t you give up?”

This is the voice that’s been inside my head for as long as I can remember.

But there’s another voice that’s also been inside my head. My dad’s voice. And that voice has always told me, “You’re good. You’re worthy. You can. You should. You will.”

When I was thirteen, I wrote a story that my dad thought was so good, he encouraged me to submit it for publication. I did. The story was rejected, but what stayed with me was his belief that I was good enough to be published.

All through my life, he continued to encourage and to believe. I think we all need a voice like that. Whether it’s from a parent, a friend, a critique partner, or a mentor. So when fear, panic or self-doubt expresses itself through your inner voice, you can drown it out with another.

And that I still have his voice inside my head, and my heart. 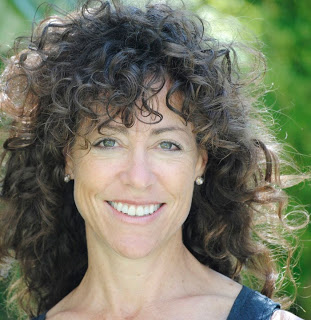 If only it were magic! I could have really used some with this book. Ellie Taylor, the protagonist of OyMG, was a big problem for me. I think I decided who she should be/needed to be before I actually listened to her.

Normally, I “listen” to my characters by writing out monologues. I try not to have any preconceived ideas and see what comes out. Very simply, I start with a pad and paper. No computer—all this is long-hand.

I begin with a question that has to do with a topic or theme from the book. Then, I answer the way the character would. Eventually, it starts to flow as a stream-of-consciousness rant.

For instance, one of the themes in the book is Ellie’s comfort with her identity as a Jew. I asked Ellie, “How would you feel about bringing a matzo sandwich to school for lunch?”

(Matzo is a flat bread Jews eat during the Passover holiday.)

If Ellie said, “Bring matzo to school?—I’d rather starve.” I get a much different feel for her than if she said, “What’s the big deal—it’s just a giant cracker?”

For me, these monologues are a great way to develop the personality and voice of my characters.

The danger is that I sometimes start with an idea of what I want my character to think or believe. For instance, I thought Ellie would feel insecure about her religious differences in a camp where she was the only Jewish student. Because of that, I had troubles developing the story at first. It wasn’t until I took a big break and came back to it with no pre-conceived ideas, that I finally “heard” Ellie. And she was completely confident and sure of herself.

That changed everything…and the story came to life. This is sometimes just a process of trial and error, and then having a sense of what is “right.”

I should also add that I do like to eavesdrop on teens, and because I have two of them in my house, it just happens naturally. My daughter swears that my best lines are stolen from her. (She may be right!)

Kirkus Reviews says: “Dominy’s debut balances light and heavy subject matter with ease…. Readers who like their frothy romance with a bracing dash of serious social issues will be clamoring for seconds.”