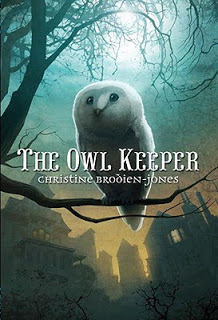 “If you look up before you get the light on, It will be there.

“The Thing. The terrible Thing waiting at the top of the stairs.”
—Ray Bradbury, Zen in the Art of Writing: Essays on Creativity (1990)

Shortly after Cynthia invited me to write a guest post, I was cleaning out a filing cabinet and ran across my old stories from elementary school. They confirmed what I already knew: I’ve always loved writing tales that terrify and scare.

I grew up reading myths, fairy tales and fantasy. I was a fan of horror movies. Not surprisingly, these influences—vampires, mummies, ghosts, monsters—followed me into adulthood. They began turning up in my fiction.

When writing fantasy for young readers, I find myself revisiting those old frights. Evoking the altered insects in sci-fi films like “Them!” (1954)(ants mutating into man-eating monsters), I created the Usk Beetles in The Dreamkeepers (Macmillan, 1992) and giant scorpions in The Scorpions of Zahir (Delacorte, 2012).

If I think about readers of my books, I imagine Megan, eleven years, sitting under a tree reading her favorite novel, The Magician by Michael Scott (Random House, 2008).

Megan has a child’s sense of wonder and a teen’s rebellious yearnings—and she adores old-fashioned adventures with heroines who save the world. At eleven, she’s at that magical in-between age of the ‘tween, a marketing concept that wasn’t around a generation ago. Maybe what draws her to fantasy is a wish to be brave: by confronting imaginary monsters she slays her own demons.

But Megan, dreamily turning the pages, isn’t concerned about conquering her fears. Her head is filled with incantations, leygates and immortal elixirs. She’s on Chapter Three, lost inside her own adventure, waiting for the magic to take her down a road she’s never traveled, to strange and wondrous lands.

And she doesn’t mind getting a little scared along the way.

I grew up in a house where the stairs creaked at night and I knew someone—or something—was making its way up. I still shudder at the memory. If you write what scares you, it may just happen—what my husband calls a ‘goosebump’ moment, what some British fuddy-duddies call ‘getting the collywobbles’: that delicious instant when the hairs prickle on your neck, your stomach goes hollow and you feel a catch in your throat.

Images from books haunted me as a child, long after I closed the covers: Kay’s heart turning to a lump of ice in Hans Christian Andersen’s The Snow Queen, Bluebeard’s wife unlocking the forbidden door, Meg Murry’s confrontation with IT in A Wrinkle in Time by Madeleine L’Engle (FSG, 1962). “The wolves are running,” says the old man to Kay Harker on the train in The Box of Delights by John Masefield (Heinemann, 1935). I still go shivery, recalling that phrase.

‘Goosebump’ moments in my book The Owl Keeper (Delacorte, 2010) occur when Max sees the misshapens (genetic experiments gone wrong) approaching the house where he and Rose are hiding, and also when a plague wolf surprises the two children inside a tower, just when they thought they were safe.

Fantasy storylines are sometimes dark—but not too dark for younger ‘tweens. Many authors use humor to take the edge off the scary parts, as in Eoin Colfer’s Artemis Fowl (Viking, 2001) books, Suzanne Collins’ Gregor the Overlander (Scholastic, 2004) series, and The Witches by Roald Dahl (Cape, 1983)(amusing book, but those witches are fearsome).

There’s a fine line between ‘goosebump’ and horrific.

My editor Krista Marino discouraged me from having the scientists in The Owl Keeper extract the eyes of mutant skræks, saying it was too frightening for young readers. I later remembered my ten-year-old son’s nightmares after reading John Bellairs’ Eyes of the Killer Robot (1986), where a scientist tries to take out Johnny Dixon’s eyes. Shudder!

When describing hopeless situations, things can be bleak but not totally without hope.

Certainly there can be loss, tragedy, even death, but for ’tweens fantasy books tend to have upbeat endings. And hope, according to Lloyd Alexander, author of The Chronicles of Prydain (Henry Holt, 1964-1968), “is an essential thread in the fabric of all fantasies.”

‘Tween reader Megan turns the page, shivering as her heroine flees the Dark Elders. The magic is working, the world needs saving. I watch (from behind my computer screen) as she disappears into Chapter Four. 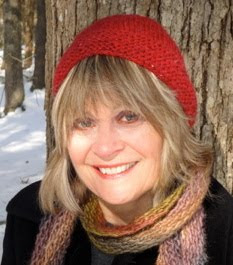 Christine Brodien-Jones, a graduate of Emerson College, Boston, is a former teacher and editor, and lives on the Massachusetts coast with her husband Peter.

Her post-apocalyptic children’s fantasy, The Owl Keeper (Delacorte, 2010) comes out in paperback (Random House Yearling) in April 2011 and has been licensed to Scholastic Book Club for Fall 2011.

The Scorpions of Zahir (Delacorte), an adventure/fantasy set in Morocco, will be published in Summer 2012.

She is represented by Stephen Fraser of The Jennifer De Chiara Literary Agency.

Enter to win a signed copy of The Owl Keeper by Christine Brodien-Jones (Delacorte, 2010). First prize: a hardcover copy. Second and third prize: paperback copies. To enter the giveaway, comment here or email me (scroll and click envelope) and type “Owl Keeper” in the subject line. Note: if you comment, be sure to include an email address (or link to one) where you can be reached. Deadline: midnight CST May 27. Note: Author sponsored; U.S./Canada entries only.

12 thoughts on “Guest Post: Christine Brodien-Jones on Writing Scary But Not Too Scary for ‘Tweens”