Mark Dahlby was a psychotherapist in private practice when he started Writers on the Net/writers.com in 1995. The two are somehow related. Earlier in life he was a carpenter, a mortgage broker, and a graduate student. He edited two books for Tenzin Wangyal Rinpoche on Tibetan Bon Buddhism and has written many convoluted essays, a collection of bad poems, and a zillion emails.

Uma Krishnaswami is the author of picture books, a middle grade novel, and early readers. Her picture books include Monsoon, illustrated by Jamel Akib (FSG, 2003), The Happiest Tree: A Yoga Story, illustrated by Ruth Jeyaveeran (Lee & Low, 2005), Out of the Way! Out of the Way! illustrated by Uma Krishnaswamy (Tulika, 2010) and Chachaji’s Cup, illustrated by Soumya Sitaraman (Children’s Book Press, 2003). Her novel is Naming Maya (FSG, 2004), Her upcoming middle grade novel, The Grand Plan to Fix Everything, a Bollywood-themed romp featuring best friends, dancing monkeys, and chocolate, will be published by Atheneum in May 2011, with a sequel due out in 2012. Uma is on the faculty of the Vermont College of Fine Arts MFA program in Writing for Children and Young Adults.

Uma: Writers.com has been around for a long time–the first writing school on the Internet. Can you talk about how you began?

Mark: I started writers.com in 1995, so sixteen years now. I’d just gotten on the Internet, and as I’d always been involved with writing, I looked around for resources for writers. There were very few.

The New School for Social Research offered some kind of online writing class for its students, there were a couple of bulletin boards, and Compuserve and AOL were starting areas for writers, or were soon after that.

Although I was in private practice as a psychotherapist, I decided to start a writing community, although I didn’t expect it to turn into a business. Mostly, I was curious about what seemed to be a new electronic continent and wanted to participate in the exploration. I bought the writers.com domain for fifty bucks–no one yet knew they were going to be worth more–and started contacting writers.

Initially I meant to set up a center for experimental writing and poetry and to provide mentoring programs. I was enamored with earlier literary relationships in which an established writer would take a young writer under wing: Rilke’s Letters to a Young Poet (1929) being a brilliant example, or Henry Miller‘s correspondence with Lawrence Durrell.

I started adding classes as an afterthought but that came to dominate what we do.

Uma: And where are you now? How many instructors, how many students? Geographical reach? Anything else you want to tell us about the terrific virtual resource the site has become for writers?

Mark: We have twenty-two instructors right now. I’m not sure how many students we serve in a year, but it’s somewhere upward of six hundred. They come from all over the world. The biggest concentration is in the U.S. and Canada, then England and Europe, but we also have students in South Africa, Japan, Hong Kong, Mexico, India, Brazil: any place English speakers interested in writing live.

We draw students preparing for graduate school, first time writers, and surprisingly often, accomplished writers looking for inspiration or wanting to work in another genre. A lot of people who sign up for our courses are writers who want a structure to support them in producing new work or support in refining material for publication.

Uma: I taught for writers.com for 12 years and I have to say–you were always there. Behind the scenes, doing what it took, always an e-mail message away. Can you talk about the many hats you have to wear?

Mark: And I still miss you… I’m the office behind the scenes. Recently, one of the teachers met a student who thought I was a college kid we hired to answer emails. I got a grin out of that. I do answer the emails but am also the accountant, tech guy, secretary, problem solver, and I develop the curriculum.

Uma: Sixteen years down the road, you’re not the only virtual writing school. Still, what sets you apart from others who offer online writing classes? 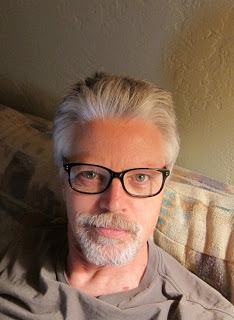 Mark (pictured right): Our teachers. I think we have the most generous split on the Internet in the teacher’s favor, and it shows in the quality of writers teaching with us. We have teachers who are pro freelancers and teachers with university teaching careers and wild poets and fiction writers who have published a dozen novels. Everyone who teaches with us has teaching experience and a strong publication record.

We’ve also kept the business small enough that students involved with writers.com get whatever help they need. Much of our business is repeat business, which is gratifying, and a large number of our students have been referred by a friend or acquaintance who worked with us. I think we’re also known because we were the first writing school on the Internet.

We offer a wide-range of classes for beginning to advanced writers: genre fiction and literary fiction, memoir and screenwriting, writing for children and spiritual writing, poetry and creative non-fiction, one-to-one work and classes. So what we offer is of interest to a broad range of writers.

Uma: Do you see changes ahead in how your online classes will be offered, as more and more people take avatars and fancy graphics for granted in their virtual lives?

Mark: Yes, but I don’t know how it will look. No forum for classes is perfect so far. Blackboard is the standard in academic settings, but it’s expensive and the teachers I know who use it don’t like it. Our teachers are working in various ways now: Google groups and Yahoo groups, Nicenet, not so much with listserves anymore. Two of the teachers, Amanda Castleman and Mike Keran, are developing their own platform, which eventually may become our standard.

Mark: I’ve always been involved with writing or suffered those dispiriting periods when I felt I should be writing and wasn’t. I write now when I have a project, and I also sporadically work in my journal, or tinker with a fiction or an essay or a rant. But mostly, these days, I write way too much email. Like most writers, I was infected with the writing germ early in life and never really recovered. 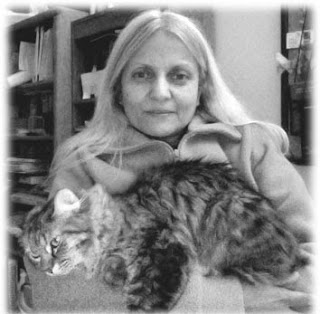