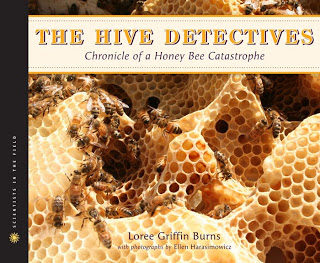 Not long ago I talked with a writer friend about the difficulty of dialogue. I was working on The Hive Detectives (Houghton Mifflin Harcourt, 2010) and having a heck of a time threading quoted material into the text.

I knew that including quotes presented an opportunity to reveal my story’s characters, reinforce the themes in my book, and nudge the story in certain directions, but since the story I was telling was true, the words I chose had to accomplish those goals and at the same time be completely accurate. I had to stick to words people actually said when I interviewed them.

My friend was surprised at my frustration. “What are you so stressed about?” she asked with genuine confusion in her voice. “I thought you were writing creative nonfiction.”

As if the creative part of that phrase meant that I could make up dialogue.

As if making my nonfiction entertaining was reason enough to insert made up dialogue into it.

As if I should know all this.

The truth is that I can’t make-up quotes. I can’t make up names, dates, weather conditions or any other detail either; if I did, the work would be fiction.

Instead, the creative part of creative nonfiction refers to creative storytelling, the use of compelling scenes, dramatic tension, telling dialogue, pacing, and a host of other writerly tools to craft true stories that read like novels. Always, always, the nonfiction author must stay within the bounds of recorded fact. It’s a tricky business. 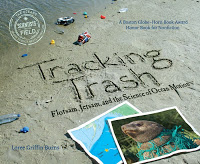 In the years since this conversation, I’ve come to realize that confusion over the nonfiction genre in general, and the term creative nonfiction in particular, is somewhat widespread.

Even on the NF for Kids listserv, a wonderful virtual gathering place for nonfiction writers of all stripes, there has been heated debate over what should and shouldn’t be considered nonfiction, particularly in children’s books.

No matter where you fall in this debate, it’s handy to know what the genre terms actually mean. And so I’ve begun compiling a list of them:

These terms are used somewhat interchangeably and refer to literary works based on true events and shared with as much emphasis on fine storytelling and literary style as on factual reporting. The terms can describe many forms, including memoir, personal essay, food writing, travel writing, biography, and more. They are used to distinguish works with a literary slant from more straightforward journalism or technical writing.

In the context of this list, the bare bones reporting of true events for print, television, radio or internet media.

Articles and manuals of a how-to nature, for example The Complete Idiot’s Guide to Children’s Publishing by Harold D. Underdown (Alpha, 2008). 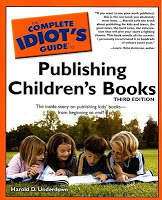 Stories and novels based on historical figures, events, and time periods, but including fictitious characters, for example, Nory Ryan’s Song by Patricia Reilly Giff (Yearling, 2002).

A genre of fiction containing speculative and/or imaginative events and situations, usually based on actual scientific knowledge, for example, A Wrinkle in Time by Madeleine L’Engle (FSG, 1962).

A term I picked up from Jacqueline Houtman; it refers to fiction that relies heavily on accurate scientific information, for example her own The Reinvention of Edison Thomas (Front Street, 2010).

This is fiction with an explicit environmental slant, for example Who Really Killed Cock Robin? by Jean Craighead George (HarperTrophy, 1973) or Hoot by Carl Hiaasen (Knopf, 2002).

Books of fiction based heavily on curricular subjects, to the point that they are often shelved in libraries and bookstores as nonfiction. Joanna Cole’s Magic Schoolbus books fall into this category, as does one of my daughter’s recent favorites, This is Your Life Cycle by Heather Lynn Miller and Michael Chesworth (Clarion, 2008). 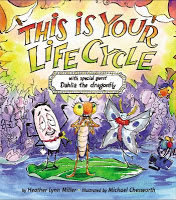 Fictional stories that may be based on actual people and/or events but relayed with fictional extravagance, for example, The Trouble with Henry: A Tale of Waldon Pond by Deborah O’Neal and Angela Westengard (Candlewick, 2005). 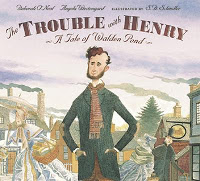 Refers to works of nonfiction about nonfiction, for example, this article (an essay on the topic of nonfiction), or the picture book Abe Lincoln Crosses a Creek by Deborah Hopkinson, illustrated by John Hendrix (Schwartz & Wade, 2008), which uses a heavily researched historical anecdote to introduce young readers to the concept of historical research. 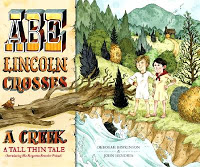 The list is a work in progress. If you have additional relevant terms, or thoughts about the definitions, by all means say so in the comments. I’ve labeled this post a work of metanonfiction. We’d better make sure it is completely accurate!