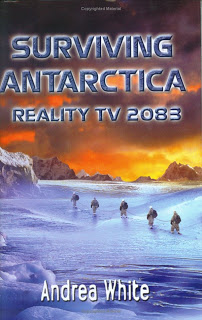 As a young girl, I read constantly. I don’t understand why, but I loved intertwining someone else’s world with my life. I enjoy learning from characters in books, whether they provide negative lessons or positive ones. Sometimes, I think this trait is a strength and sometimes a weakness. But I can get as absorbed in a character’s life as I am in my own.

That’s how I wrote my first YA novel, Surviving Antarctica.

I read a book by Apsley Cherry Garrard, called The Worst Journey in the World about the Robert F. Scott expedition. As you may recall, Scott lost the race to be the first person to reach the South Pole– he and his men died in their tent on their way home.

I became obsessed with the expedition because of the men’s bravery. While waiting for my kids in carpool lines, I read everything that I could about that era of exploration. I never intended to write about Scott–the story was too sad. But when I sat down to a blank sheet of paper, Scott’s was the story that I told.

At first, I wrote novels for adults. Three such completed novels are gathering dust underneath my bed, as the saying goes. In between, I wrote for young readers. I have a better than average imagination. When I recognized this strength, I knew I had found my niche.

My favorite moment as a writer is when kids talk to me about one of my characters as if she were actually alive. I want to create characters that children remember like so many characters that I have read have stayed with me. 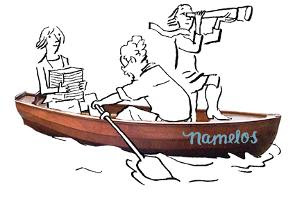 As to my new book, I met Stephen Roxburgh at a whole novel workshop in Pennsylvania. The novel I submitted featured a young girl, Shama Katooee, who receives a scholarship to attend a time travelers’ academy and is enlisted to carry out a secret mission.

Based on the comments received, I left the workshop with my fictional world intact but the plot in shambles. After finishing a difficult rewrite, I wrote Stephen and asked him if he would consider reading the book. He requested 50 pages.

After reviewing it, he told me that he couldn’t accept me as a student, because the work wasn’t polished enough. However, he promised to reconsider if I could show him that I could revise.

Thankfully, he later agreed to read the rest of the book along with book two of the series. Stephen’s editorial diagnosis: the first hundred pages of book one had energy and the last half of book two did. He suggested combining the two books. 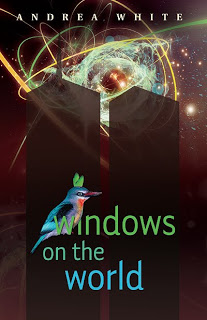 In March, Namelos, Stephen’s publishing house, is releasing my book, now called Windows on the World, Book I in The UpCity Chronicles. It’s great working with a small press. Stephen makes the editorial decisions in short order. I feel very fortunate that he has stuck with me through the revisions.

It is an honor and a privilege to write for young people. I love researching, writing and talking to kids. In the past six years, I have visited over seventy-five schools.

Kids keep you humble. Whenever I go to a school with a new book, I am anxious. Will the kids like it? I am hoping that kids love my new character, Shama Katooee, as much I do. Whatever the result, I am so grateful that she is finally being born.

Since retiring from the practice of law, Andrea has published three books of historical fiction. 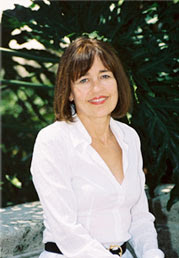 Written for middle school students, Surviving Antarctica tells the story of the Robert Scott expedition to the South Pole; Window Boy weaves the extraordinary life of Winston Churchill into a 1950s setting; and Radiant Girl focuses on the Chernobyl nuclear disaster. In 2006, Surviving Antarctica was selected for the Bluebonnet list, and the Texas State Reading Association awarded Andrea the Golden Spur award for the best book by a Texas author.

Her second novel, Window Boy, was translated into Chinese with a forward written by NBA star, Yao Ming. All proceeds from the Chinese version of Window Boy will be donated to the Yao Ming Foundation to aid underprivileged children.

Most recently, she published a journal describing the six years her husband served as mayor of Houston, entitled P.S. Passionate Supporter, Political Spouse. Married for twenty-five years, Andrea and her husband, Bill, are blessed with three kids.

The bird in the illustration below is Shama’s sidekick in Andrea’s new book. 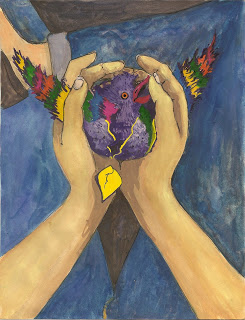 3 thoughts on “Guest Post: Andrea White on Her Writing Journey”