West Hollywood, CA –As a special preview to The Trevor Project’s new youth-oriented online book club, New York Times best-selling author Jodi Picoult has lent her latest title, Sing You Home. The book from Atria hits shelves March 1 and will be part of a robust youth-driven reading program on The Trevor Project’s social networking site, TrevorSpace.org for lesbian, gay, bisexual, transgender and questioning youth (LGBTQ) and their straight allies. The author is also donating proceeds from autographed copies of the book purchased through this link to The Trevor Project. 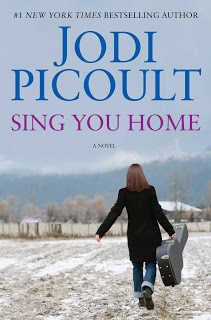 “We are excited for Jodi Picoult to preview the launch of the book club, which has been a program conceived of, by and for LGBTQ youth on TrevorSpace.org. As an author with a following that transcends age, sexual orientation and gender identity, Jodi Picoult’s Sing You Home is an ideal selection to get young LGBTQ readers engaged in the topics that affect them,” said Charles Robbins, Executive Director of The Trevor Project.

Throughout the month of March, Sing You Home will not only be read and discussed by thousands of LGBTQ youth on TrevorSpace.org, but Picoult will also participate directly with these youth in two live web events.

The first, on March 7 will be a virtual book-signing event produced through Livestream which will be co-broadcast by The Trevor Project and include questions sourced from LGBTQ youth. Then, on March 22, Picoult will join moderator and LGBT Young Adult book blogger Lee Wind for a live web-chat hosted by the Advocate.com on TrevorSpace.org.

An in-depth author interview with Picoult featuring questions from Wind and teen readers will launch March 4, and every day from March 4 to March 22, one book club member will be chosen at random to receive an autographed copy of Sing You Home and the companion music CD.

“I’ve volunteered for years with high school GSAs, and there’s nothing more awkward than being a teenager and feeling like you have to talk about your identity. A shared experience, like everyone reading the same book, lets conversation happen organically and builds community. That’s why I’m so excited about teaming up with The Trevor Project to make this book club a reality,” said Wind, whose blog “I’m Here. I’m Queer. What the Hell Do I Read?” has had over 450,000 visits from LGBTQ teen readers and their allies. 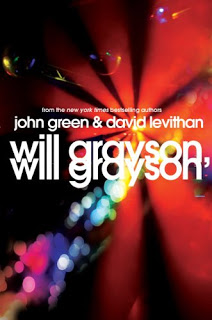 The online book club is conceived by The Trevor Project’s Palette Fund Interns, and with Wind’s guidance, members of the Trevor Youth Advisory Council select the titles. Each year, up to six books and authors will be featured for interviews, daily discussions, and Advocate.com web chats. On April 29, the book club will officially launch with David Levithan and John Green’s Will Grayson, Will Grayson (Dutton, 2010).

Sing You Home follows the story of a lesbian couple and their struggles to start a family, hitting chords with the LGBTQ community, including what it is like to grow up in a world of anti-LGBTQ harassment. Sing You Home will be published on March 1 by Atria ($28.00) and includes a compact disc of original songs created for the novel and sung by Ellen Wilber.

About The Trevor Project

Each one of us deserves a chance to dream big and achieve big, regardless of our sexual orientation or gender identity. The Trevor Project is here for young lesbian, gay, bisexual, transgender, queer and questioning people to help whenever you or a friend might need to talk to someone. With lifesaving programs and information, The Trevor Project works every day to make the future better for all LGBTQ youth.