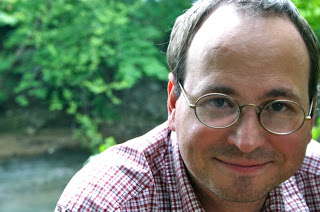 When I meet math teachers at schools or conferences, they assume that I am a lifelong math lover since my picture book is about Leonardo of Pisa, namesake of the Fibonacci Sequence.

I should come clean. Math teachers, here’s what I’ve been ashamed to confess: When I was a kid, there was no subject I feared more than math.

I once watched a first-grade classmate stare intensely at a tall column of numbers our teacher had written on the blackboard, then announce the solution. I was flabbergasted. He added those numbers with his eyeballs!

No way could I do that, not with my eyes, fingers, toes, copious sheets of scratch paper or any number of pencils. My fear of math steered me away from subjects I might have enjoyed, such as science.

I was defiantly resigned to my innumerate, unscientific fate. I told myself that it didn’t matter because I knew in my heart that I would someday be a writer or illustrator. One did not need to know about numbers to toss around words and pictures. And so I struggled to keep numbers at bay throughout high school and college.

But fate is a masterful practical joker, because within a few years of graduating college I was an editor of a children’s math magazine. There I finally grasped that math unlocks nearly everything: botany, art, topology, music, architecture, and hundreds of other disciplines.

Astoundingly, when I left that job, I started writing for science magazines. 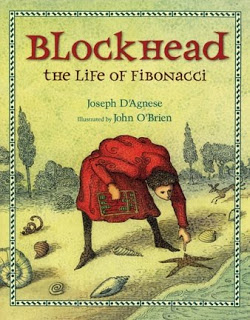 I think back to the way I was taught math in the 1970s and wonder if my suffering might have been ameliorated had I been told some stories along the way.

Fibonacci’s tale is particularly rich and engaging. He sailed the Mediterranean, and helped convert the western world from I-II-III to 1-2-3. Some historians argue that without the robust methods of calculation and accounting born out of the Hindu-Arabic numerals he introduced to the west, the Renaissance would not have occurred.

What a profound contribution! Yet you will not find that theory in your kid’s math or history textbooks, even today.

Math education has a changed a lot since I went to school. Today there’s more talk about hands-on math, of cross-curricular tie-ins, of the value of linking math to kidlit.

But the general notion that math can be a zesty, juicy subject has still not penetrated many school districts, despite decades of work by inspired teachers and the prodding of organizations such as the National Council of Teachers of Mathematics.

We are still a woefully innumerate society, and far too many of our children are made to pay for the fears of their elders. They will never hear the stories of Fibonacci’s wanderings, of Archimedes’s bathtub, of Eratosthenes measuring the world with a stick and a string—because most math teachers are not given the freedom, the classroom time or the institutional support to explore the history, culture and relevance of math.

Call me crazy, but I’d argue we teach more history in gym and art classes than we do in math class. History pops up in English, science and social studies classrooms of course. But only math class is expected to exist in a sterile realm devoid of role models and human accomplishment in art, music, architecture, nature and more.

So, if you are one of the inspired math teachers who could have once changed my life, thank goodness for you. And if you’re a kidlit writer who dreams of writing a math-themed book, what are you waiting for? Let us have it. Our planet cannot afford to have more kids shunning a subject that has so long enriched and still enriches their world.

Joseph D’Agnese is author of Blockhead: The Life of Fibonacci, illustrated by John O’Brien (Henry Holt, 2010). According to IndieBound, he’s also “a writer and journalist who lives in the mountains of Western North Carolina. Though he writes about the Middle Ages, he considers himself a Renaissance man.” Teachers, parents and librarians should see also the teacher page of his website. Follow him on facebook and on Twitter at @FibonacciJoe.