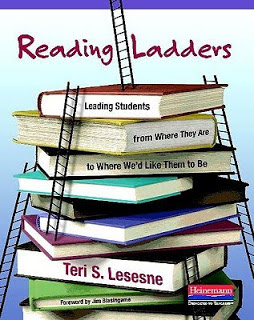 When I read, I am constantly connecting my current book to others I have read.

For instance, when I read Cynthia’s Tantalize (Candlewick, 2007), I recalled Annette Curtis Klause’s The Silver Kiss (Delacorte, 1990) and Tobin Anderson’s Thirsty (Candlewick, 1997), other novels about vampires that I had read in the past and admired.

My synapses fire like mad when I read, forging connections between books. That is how my newest professional book, Reading Ladders: Leading Students from Where They Are to Where We’d Like Them to Be (Heinemann, 2010)(forward by James Blasingame) began.

The book is intended to help educators (teachers and librarians) help tweens and teens see the connections between and among books.

The idea for the book actually came from my granddaughter, Natalie, now 17. One summer we were driving cross country to visit relatives. At the time, Nat was about 12. She had read all of the Harry Potter books (1997-2007) and wanted something new.

I bought her the C.S. Lewis Narnia books (1950-1956) all in one rather imposing paperback edition. Natalie read happily as we drove.

At one point, she sat up and blurted out, “Hey! J.K. Rowling stole some of the stuff for Harry Potter from C. S. Lewis. Is that legal?”

These are the moments that thrill literacy folks like me. What Natalie was seeing was not Rowling plagiarizing Lewis; she was making connections: she saw archetypes (though it would be years before she used that word to describe what connected the two series) and motifs.

As much as Natalie’s observations delighted me, I knew she was one of the rare tweens (and even teens now) who makes those connections. Too many of her classmates fail to see the connections between and among texts.

So, I began playing with some ideas that might allow educators to model and reinforce those connections. Then we did some remodeling around our house and the ladder analogy took shape.

We had all sorts of ladders in the house. Some were the shorter, stepstool variety; others were more like scaffolding. Some reached a few more feet into the air and one had extensions that allowed workers to reach the tall ceilings. Ladders, then, could help students connect two or three books (stepstools) or could help them reach further (extension) or even read more deeply of one author or genre (scaffolding).

Using this analogy, then, educators can make recommendations of books that take students from their current interests to books that might grow more complex and challenging. 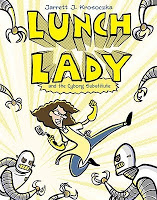 They are a tool only, something to assist educators as they help create and sustain readers.

Read a sample chapter (PDF) or visit this wiki for some sample ladders and more information. 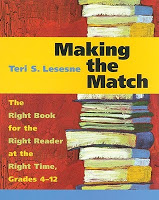 Teri S. Lesesne‘s books also include Making the Match: The Right Book for the Right Reader at the Right Time, Grades 4-12 (Stenhouse, 2003) and Naked Reading: Uncovering What Tweens Need to Become Life-Long Readers (Stenhouse, 2006). You can subscribe to her LJ at The Goddess of YA Literature.

Teri was the recipient of the 2007 ALAN Award. She’s taught middle school and is currently a Professor in the Department of Library Science at Sam Houston State University in Huntsville, Texas.