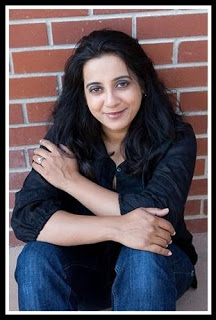 N.H. Senzai is the first-time author of Shooting Kabul (Paula Wiseman/Simon & Schuster, 2010)(chapter one). From the promotional copy:

Fadi never imagined he’d start middle school in Fremont, California, thousands of miles away from home in Kabul. But, here he was, half a world apart from his missing six-year-old sister who’d been lost because of him, as they’d fled Afghanistan.

Adjusting to life in the United States isn’t easy for Fadi’s family, and as the events of September 11th unfold, the prospects of locating Mariam in a war-torn Afghanistan seem slim — impossible.

Desperate, Fadi tries every harebrained scheme he can think of to find her. When a photography competition with a grand prize trip to India is announced, Fadi sees his chance to return to Afghanistan and find his sister. But can one photo really bring Mariam home? Based in part on Ms. Senzai’s husband’s experience fleeing Soviet-controlled Afghanistan in 1979, Shooting Kabul is a powerful story of hope, love, and perseverance.Photo by Sylvia Fife.

I moved to Jubail, Saudi Arabia; from San Francisco, California; when I was four years old. My father, a civil engineer had been transferred there for work, so my family packed up our bags and moved to the desert, along the Arabian Gulf.

In 1970s Saudi Arabia, there wasn’t much for a kid to do, especially in 100 degree plus heat. There was very little television to watch, or other entertainment options. So the library at our school, Jubail Academy, became our refuge. That is where I met two women, our librarians Mrs. Hackworth and Mrs. Murray, who planted the seeds of my writing career. It was deviously simple really, they got me addicted to reading anything and everything.

Ever patient, encouraging, and with a healthy sense of humor, these women showed me the mysteries of the Dewey Decimal system and introduced me to writers, both well known and obscure. We were lucky to have a well-funded library that had thousands of books, so we had a lot to browse through, both fiction and nonfiction. 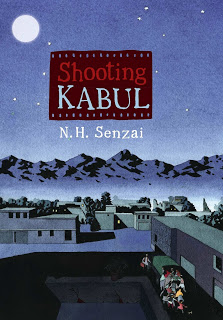 Mrs. Hackworth and Mrs. Murray were always there to help me; especially when we had projects to work on – they would find obscure reference books and find information on any topic we needed (wow, before the Internet!).

I checked out ten books at a time and read many of them multiple times. Within these pages, I explored new worlds, learned about history, science and the universe. Through reading grew a passion for writing – I wanted to be like the authors whose books I adored.

I met Mrs. Murray again, two and half decades later, at a school reunion, and was in touch with Mrs. Hackworth via Facebook. I’m proud to say I made them both cry when I told them that my children’s book, Shooting Kabul, was coming out, and that I’d dedicated it in part to them.

So thank you ladies, and all librarians everywhere, who open the door to endless possibilities.