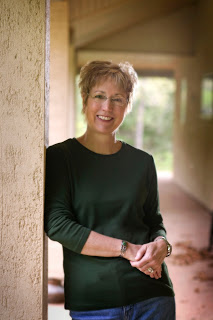 Janet S. Fox is the debut novelist of Faithful (Speak/Penguin, 2010). From the promotional copy:

In 1904 Margaret Bennet has it all – money, position, and an elegant family home in Newport, Rhode Island.

But just as she is to enter society, her mother ruins everything, first with public displays, and finally by disappearing. Maggie’s confusion and loss are compounded when her father drags her to Yellowstone National Park, where he informs her that they will remain.

At first Maggie’s only desire is to return to Newport. But the mystical beauty of the Yellowstone landscape, and the presence of young Tom Rowland, a boy unlike the others she has known, conspire to change Maggie from a spoiled girl willing to be constrained by society to a free-thinking and brave young woman living in a romantic landscape at the threshold of a new century.

I love these questions, mainly because the answers are evolving for me as I strive to become a more mature writer.

When I first began writing longer works, I would have said I was a whole-hearted plunger. I’d dive in and never know where the story would take me, and ride with whatever came along. This was very exhilarating – rather like riding a rollercoaster that has no brakes.

Then I discovered that revision was a long and painful process that usually resulted me having to ditch entire scenes or groups of scenes and massively rewrite the whole novel; and I became intensely frustrated. Sometimes this revision process worked, and sometimes it didn’t.

I think I was lucky that Faithful became a publishable novel, with all of the waste that lay on the editing room floor.

Then I tried a process of outlining the entire project from beginning to end before I wrote one word. This was frustrating for the opposite reason – I lost interest in the book long before I finished the writing of it. It seemed so…stiff. Dead.

My latest, and so far most comfortable, approach is a marriage between these two extremes. I think of the concept, and I write about it, sometimes for days. I try to “dream” it – like when I was a kid and would play at being a princess or a dragon-tamer – I try to act it out in my brain, from the point of view of the main character. At this point, it’s all about the big idea.

Then I try to get into my character more deeply, to learn as much about her as I can. At this point, I can begin the novel.

Somewhere around page 50, I find that I need to go back and dig more deeply into my character, to discover yet more about her and her desires and dreams, and at this point it’s best if I also plan the plot – a bit. By that I mean I try and visualize scenes, the most intense and active scenes I can come up with, and I plot them on a plot chart (the usual kind, a rising line with a midpoint and climax.) The plot chart that is working for me at the moment comes from Martha Alderson’s Blockbuster Plots.

And then I start the novel again. Most of the time the first scene is entirely different, and most of the time I ditch a lot of material, but the result is satisfying and seems to work for me.

I think every beginning writer needs to find the method that works for her – I’m very left-brained so I need to release my right brain by not planning too much. 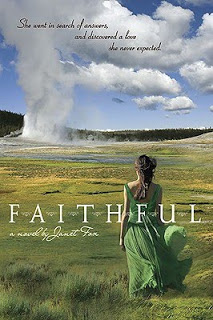 This is a wonderful question because it goes to the heart of what can work for readers today in the market for historical fiction.

I actively read both contemporary fiction set in the time period of my novel (early 1900s) and books that were written in the early 1900s. Contemporary historical novels gave me examples of how to set the correct tone – the balance of period language and contemporary idea. Period historical novels gave me a feeling for how people spoke and thought in that time – and how they behaved, dressed, ate. I watched period movies, too – I’m a visual person.

I read period newspaper accounts and advertisements. There’s so much available online today, from old news columns to historic travel guides. Contained within the invaluable information these provide is something deeper – the voice of an era.

I found it important also to visit museums relevant to my subject. I visited a railway museum in Livingston, Montana; because it had information about what travel would have been like in the period, and how long it would take to get from A to B. I spent time in the Yellowstone National Park Heritage and Research Center in Gardner, Montana, because I could read period documents. But, again, couched within these informational documents were voice, vocabulary, and syntax that I could capture and try to transfer to my novel.

I hope that contemporary readers will relate to Maggie’s story because it is just that – Maggie’s story. I hope the vocabulary or language will not interrupt the flow of her adventures and discoveries, but add to them.

I’m writing a second book set in the same time period, and I still use these same techniques. I’d advise any author writing historical fiction to research the history carefully and thoroughly, and with that will come diction and syntax that can be appropriated.

As a second piece of advice, I’d also caution restraint. I think it’s tempting to use all of that ripe vocabulary, to get caught in dialect or jargon or period slang, which can result in a novel that feels dated or stilted.