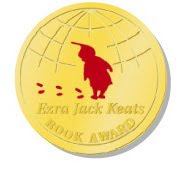 Author Tonya Hegamin and illustrator Taeeun Yoo are the winners of the 2010 Ezra Jack Keats Awards, which celebrate excellence in children’s literature by new authors and illustrators, who, in the spirit of the late author-illustrator Ezra Jack Keats, offer new and electrifying views of the multicultural world children inhabit today.

The awards will be presented at 6 p.m. April 28 by The New York Public Library and the Ezra Jack Keats Foundation. The ceremony, open to the public, will be held in the South Court Auditorium of the Stephen A. Schwarzman Building in New York, New York.

Tonya Hegamin is recognized for Most Loved in All the World, illustrated by Cozbi A. Cabrera (Houghton Mifflin Harcourt, 2008), which tells the story of a little girl whose mother is a secret agent on the Underground Railroad. Before sending her daughter north to freedom, the mother sews a quilt for her daughter, not only to guide her with its symbols of moss and the north star, but also to remind her always that the smiling girl in the center of the quilt is “most loved in all the world.”

Taeeun Yoo wins for her sublime linoleum block prints in Only a Witch Can Fly, written by Alison McGhee (Feiwel & Friends, 2009), about a young witch who tries and tries again to fly one special night. 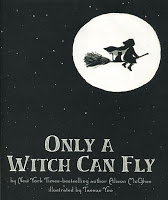