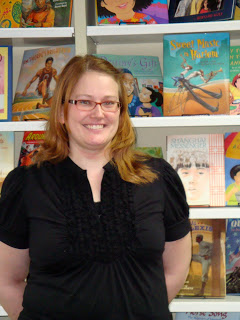 When we last spoke in February 2009, you were going through a transition, having been recently laid off (along with numerous other employees) from Mirrorstone Books, an imprint of Wizards of the Coast, and having recently relocated to Utah.

At the time, you were editing on a freelance basis for Tor and other clients.

It’s just over a year later. Could you update us on what’s happened since?

For most of 2009, I juggled several lines of a freelance business: critiques for authors, copyediting and proofreading for several publishers including Mirrorstone and Marshall Cavendish, and acquiring novels as a consulting editor for Tor’s children’s lines.

But I needed the security and health insurance that a full-time job gives, and in the fall, I found a “day job” working as the publication manager for the Astronomical Society of the Pacific Conference Series while starting up a small press on the side.

That small press, Tu Publishing, was a labor of love. A friend and I came up with the idea while watching anime and discussing the RaceFail controversy, thinking about the lack of diversity in children’s and YA fantasy. We worked on a business plan, and the company came to be.

We named it Tu Publishing because the word “tu” means “you” in many Latinate languages, and in Ainu (the language of Japan’s native people), it means “many.” We thought that juxtaposition of “you” and “many” was exactly the kind of message we wanted to send to readers–that we’re all part of the many, and that each of our books are about you, no matter who you are.

Before we could really get going, my friend had to leave the area, so I continued on with it alone, raising money through a Kickstarter campaign to ensure we had enough capital to approach a bank for a small business loan. It was a huge success–what an outpouring of support we got from the children’s book community! We were able to raise over $10,000.

$10,000 is a lot of money, but it takes even more than that to start a publishing company. I was doing most of the work myself, and relying on talented friends and interns–artists, designers, editors, students–who volunteered to help with the things we didn’t have a big budget for.

Meanwhile, the larger conversation about diversity in children’s books, and in fantasy in particular, was of particular interest to Lee & Low Books, which publishes multicultural books–mostly picture books. Their readers had been asking them to publish for older children for a while. They have published a few realistic novels, but no fantasy.

People were talking about Tu on blogs, and Lee & Low publisher Jason Low noticed and got in touch with me. We talked about the possibilities, about how our missions were similar, and eventually Lee & Low offered to acquire Tu.

So now, as you know, Tu Publishing has become Tu Books, an imprint of Lee & Low Books. We’ll have the resources we need for the kinds of things that I was going to have to create from scratch on my own. We’ll be able to acquire more books in the first year.

All in all, this is the best thing that could have happened for this little company.

As one of the Kickstarter donors, I wonder what will happen to the money we sent to support the original house.

Those donations will be returned to our supporters, though we will work to honor the rewards we promised as the imprint gets up and running. After all, it is through their support that we were able to get this far. It will take some time to process the refunds.

I’d really like our list to reflect a wide variety of both cultures and genres. For example, I’m looking for both middle grade and young adult titles, books that would attract boy readers as well as girl readers, and a mix of contemporary, historical, and futuristic settings.

I’d also like a nice mix of serious books versus funny–or even both in the same book.

Along with that, there are so many different cultures in the world whose folklore and fairy tales haven’t really inspired many fantasy worlds here in the U.S., so the possibilities for settings and characters are immense.

We hope to publish six books the first year, with the first list being published sometime in 2011.

As we narrow down the manuscripts we’ve got in the works, we’ll be able to release more specific information on launch dates. Submission guidelines can be found on our site.

Are you interested in speculative fiction set in the real world, high sci-fi/fantasy, or both?

All of the above (not necessarily in the same book, of course).

The popularity of books like The Hunger Games by Suzanne Collins (Scholastic, 2008) and Graceling by Kristin Cashore (Harcourt, 2008) and The Forest of Hands and Teeth by Carrie Ryan (Delacorte, 2009) are signs to me that a really great fantasy or science fiction needs strong worldbuilding and strong characters, which draw readers in.

Those books are all very different in setting (one medieval, two futuristic/post-apocalyptic), but they have characters that readers identify with, put into situations that readers sympathize with, in settings that fascinate readers.

For right now, we’re only looking for prose fiction–science fiction and fantasy for middle graders and young adults, specifically.

Are you looking for voices from historically underrepresented racial/ethnic communities, folks who write cross-culturally, or both? What is your thinking along these lines?

Both. I want to be sure that especially for underrepresented groups whose voices have been taken from them historically (Native American tribes come to mind) that the books we publish represent a voice from their group.

A lot of the more well-known novels for young readers that feature people of color are written by white people, which is both great in that characters of color are out there and disappointing in that there aren’t more writers of color getting attention.

I spoke briefly with Sherman Alexie a few months back as he signed a book for me. I told him about what we were doing with Tu Publishing, and he said that he’d been telling the young Native American writers he knew that they should be writing fantasy and science fiction.

“Where are the Indians in space?” he asked.

I’d love to see a story like that, written from the perspective of someone from a specific nation, extrapolated into the future.

But I think it’s also possible and welcome for writers to write cross-culturally, because who wants books to be completely segregated by race or culture?

The thing to remember when writing cross-culturally is research. Writers who do this successfully talk to people who are members of the group whose perspective they want to write from. They read a lot. They study human behavior, and reach for the universal as well as the specific–the things that tie us together as human, the idiosyncrasies that make each person unique, and the mores, practices, and beliefs of a culture.

For a list of things to remember when writing cross-culturally, author Nisi Shawl has an excellent article on the subject over on the SFWA [Science Fiction and Fantasy Writers of America] site called Transracial Writing for the Sincere.

What model books do you recommend for study to authors interested in publishing with Tu?

I’ve got a list of multicultural fantasy and science fiction here. This was compiled as a challenge from the blog Color Online, and many people contributed to it.

When will we get to see Tu Books’ first list?

2011. More information will be forthcoming as we narrow down our submissions.

Why is diversity in speculative fiction for young readers so important to you?

Of the many friends I’ve had over the years from cultures not my own, most of them weren’t interested in fantasy. I never really thought much about it at first–after all, tastes differ–but then I found the RaceFail discussion early last year. 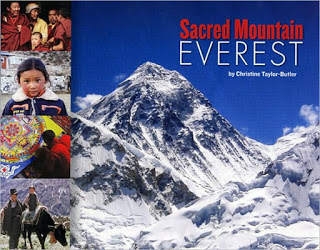 That, along with conversations with friends like Christine Taylor-Butler, who has teenage girls who loved Twilight [by Stephenie Meyer (Little, Brown, 2005)] but were frustrated never to find fantasy that featured African American girls like them–these factors made me think more deeply about what I was reading and what I didn’t see in what I read.

I started talking to librarians and to kids themselves, and often I heard the same thing: “I don’t see myself in fantasy.”

That conversation has been repeated over and over on the Internet lately, and I’ve been watching the anecdotal evidence pile up.

I love fantasy and science fiction–they’re the stories that make me light up. They bring joy to my life. But if something that brings me such joy isn’t including as many people as possible who might enjoy it as well, we’re doing something wrong.

Why is it so important for kids?

I was just talking to a friend the other day, my former managing editor, who told me his daughter, a sophomore in high school, is learning Japanese in school and getting into manga and anime. She’s looking beyond her surroundings to a broader perspective. I think a lot of kids want to do that.

Wow! You are one of the most dynamic people in publishing today! What has this past year taught you? 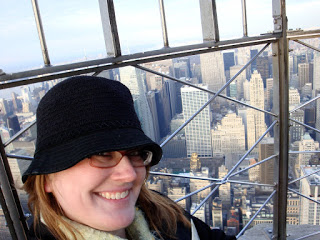 I am? Ha! I have just been trying to make the best of an economy in the dumps–creating a job for myself and finding a hole to fill. Seriously though, that is very kind of you to say.

The main thing it’s taught me is that it’s worth it to follow the little niggling feeling that tells you to jump off a cliff. (Figuratively, of course.)

I was laid off from Mirrorstone about a year and a half ago, right when all those layoffs were happening in publishing. I struggled to make ends meet as a freelancer, despite that little feeling that said everything would be fine. Going freelance wasn’t my end goal, though–it was just a way to pay the bills until I could figure out what I should do next.

When my friend suggested we start a small press, an old dream of mine resurfaced. I’d always wanted to start one, but I didn’t think it was the right time. Yet that same little feeling I’d felt when I got laid off, that this was the right thing to do and that everything would be fine, stayed with me. So I went forward. And everything that’s followed has been…well, a miracle.

Second, it’s taught me how many friends I have, who are all rooting for me to succeed. And it’s been humbling, seeing all the people who loved the idea we were working on, knowing that it had nothing to do with me and everything to do with making the idea itself succeed so that readers will benefit.

How does it feel?

Awesome! (Now that I’m through it.)

Just to say thank you!