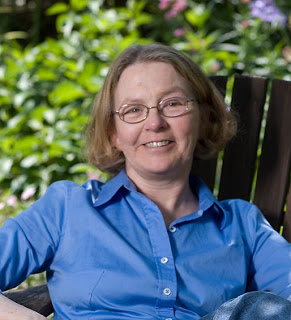 Bonny Becker is the award-winning author of 12 children’s books, including picture books and novels. Her book A Visitor for Bear, illustrated by Kady MacDonald Denton (Candlewick, 2008) was a New York Times Bestseller, Amazon’s Best Picture Book of 2008, and winner of the Golden Kite Award and the E.B. White Read Aloud Award.

She has two new books out: A Birthday for Bear, illustrated by Kady MacDonald Denton, (Candlewick, 2009), and a middle-grade novel The Magical Ms. Plum, illustrated by Amy Portnoy (Knopf, 2009).

She’s also an instructor for the MFA in Creative Writing Program for the Northwest Institute of Literary Arts.

I was the kind of reader who didn’t hear the call to dinner or notice the visitor who’d come in the door or the fading evening light. I loved anything to do with magic and fantasy: Mary Poppins [by P.L. Travers (Harcourt, Brace, 1934-1988)], the Oz books [by L. Frank Baum (George M. Hill, 1900), The Chronicles of Narnia [by C.S. Lewis (HarperTrophy, 1950-1956)], Doctor Doolittle [by Hugh Lofting (1920-1952)], the Edward Eager books, The Good American Witch (very obscure book by Peggy Bacon [Macmillan, 1959])… I have to confess that I didn’t really have favorite authors because I didn’t pay attention to that. I just knew the books.

What first inspired you to write for children?

I always wanted to be a writer, but at first I kind of stumbled around in the adult world, especially with short stories. But most of those were rather angsty slices of life capped with a little epiphany. I felt phony writing that way. I could do it readily enough, but I didn’t feel authentic.

Then I remembered that the books I’d read as a kid had always been my idea of a “real” book. Kids books have to commit to some view of the world and tell a complete story. They were much harder to write, but a lot more fun. 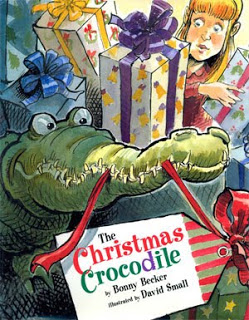 And it got a big, fat review in the New York Time’s Holiday Book review and was read on National Public Radio and it sold out in the stores and, instead of being duly humble and all that, I thought, “Well, of course. Isn’t that the way it’s supposed to be?” That’s the life of an author, right? So that was my sprint.

But then came a number of books that quickly went out of print. And a long dry spell of about four years when I couldn’t sell anything. Somehow I slogged through that, but I did wonder at times if I should just give up.

Now, I feel I’m almost into a second career with the success of the Bear books and The Magical Ms. Plum just coming out.

Looking back, in terms of craft, what was the single best decision you made in terms of advancing your writing apprenticeship and why?

It was the realization and acceptance of how hard you have to work. I’ve always been a good writer—one of those kids who got lots of praise in school, worked on my high school newspaper, etc. Writing always came pretty easily to me, but it was hard to discover that what came easily for me wasn’t going to be enough.

I had to do what wasn’t so easy. I had to listen to people tell me what was wrong with my story. And I couldn’t argue back. It was going to take many drafts. Millions and billions and trillions of drafts! Some of my stories, a lot of my stories, were going into the file drawer to stay—so disturbingly like one of those body drawers at the morgue.

If only it were as easy as sitting down and “opening a vein” as a writer* once said. At least it would flow! To me, writing is like pushing a rock up hill.

*There’s nothing to writing. All you do is sit down at a typewriter and open a vein. –Walter Wellesley “Red” Smith

Congratulations on the release of The Magical Ms. Plum, illustrated by Amy Portnoy (Knopf, 2009)! Could you tell us a little about the book? 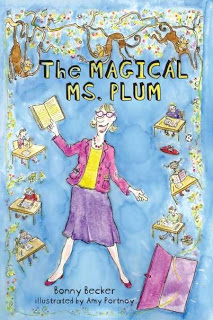 Thank you! I’m really excited about it. It’s the kind of book I would have loved to read as a kid. In other words, lots of magic.

It’s about a third grade schoolteacher with a magical supply closet. I like the way Kirkus Reviews described it: “Ms. Plum sends one student per chapter into her magical supply closet, which smells of ‘chalk and chocolate and something lovely no one could ever quite name,’ and that student comes out with a miniature version of an animal that behaves in a way that adds to the students’ understanding.”

It’s sort of a mix between Mrs. Piggle-Wiggle (1947) with maybe a touch of Sideways Stories from Wayside School [by Louis Sachar]. I hope anyway!

Well, I do live just a few blocks from the high school that Betty MacDonald (author of Mrs. Piggle-Wiggle) went to, so maybe that was it.

Actually, I’m not sure. It’s such a mix of things. But I guess it started with trying to figure out a story involving just one miniature animal. It was going to be a picture book, and all I knew was that this little animal goes on a rampage in a classroom. And how it morphed into this—a teacher with a supply closet and a bunch of different little animals and different kids with different hopes and fears and problems—I really don’t know!

I wanted the animal “familiar” that each child finds to make sense for their particular dilemma. Matching that up was fun, but tricky, too. What animal would make sense for a kid who always wore black and said “woe is me.”? Or a girl who sees everything through rose-colored glasses? Was the animal appealing? What kind of things could that animal plausibly do?

Now I know why mice are so popular in kid lit. They have paws. They can do things.

Probably one of the bigger craft problems was how to keep the book from feeling too repetitive, so part of my solution was to weave in a story of one boy who spends most of the book trying to get asked to go into the closet. He seems to be the only one who never gets asked, so there’s an overall story arc for him.

Congratulations also on the release of A Birthday for Bear, illustrated by Kady MacDonald Denton (Candlewick, 2009)! Could you tell us a little about the book? 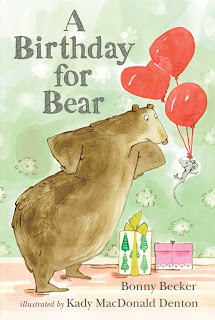 Bear is his usual fastidious, grumpy self on his birthday—even denying that it is his birthday! Mouse disguises himself as the deliveryman, the postman, even as Santa Claus, trying to get Bear to admit it’s his birthday and enjoy the day.

It’s an early reader—four short chapters. My biggest worry was that I’d have to restrain Bear’s over-the-top vocabulary, but that wasn’t a problem. The Mouse and Bear books are in Candlewick’s Sparks line, which are “early readers” but not really “easy” or “learn-to-read” books. The idea is that advanced first grade and second grade readers who can handle bigger words and more complex syntax, still need content that appeals to someone that young.

By the way, Candlewick created a Birthday card based on A Birthday for Bear that can be send electronically or downloaded. Here’s a link if anyone would like one: Birthday Card.

It’s a sequel to A Visitor for Bear (Candlewick, 2008). Picture book sequels are rare. How did this one evolve?

After I sold A Visitor for Bear, I realized how much I loved these characters and I had more stories to tell about them. I started working on another book, but before I even finished it, my editor at Candlewick, Sarah Ketchersid, asked if I’d consider doing another Mouse and Bear book. We were on the same wavelength and fortunately, Kady MacDonald Denton, the illustrator, was happy to do more with these characters, too.

People say that the picture book market is depressed, but look at you! What’s your secret to success?

Luck! And a series that seems to be a great sharing experience for kids and adults. There’s a lot of interaction and spontaneous play that seems to come out with these books.

Allyn Johnston, formerly editor in chief of Harcourt Children’s Books and now with her own San Diego-based imprint of Simon & Schuster, Beach Lane Books, said something great about what she looks for in a picture book manuscript: she said she pictures an adult curled up in a chair with a child on his or her lap, reading together. And she’s looking for that moment, that strong emotional moment that she hopes the adult and child will share reading this book.

And I can’t tell you how much the charm of these books is due to my editor Sarah and Kady. For example, Sarah and the art director at Candlewick had the guts and vision to expand A Visitor for Bear from a standard 32-page picture book into a 52-page book, just to take full advantage of the comedic timing. And the charm of Kady’s work… well, let’s just say that I was almost literally dancing a jig when I saw her first early sketches.

I wish it were more about creating quality books rather than making money. I cringe when I see kids’ books that feel as if they were written, designed, and promoted as nothing more than “product.”

I don’t mind so much when a good book inspires merchandise. But when merchandise inspires the stories…. 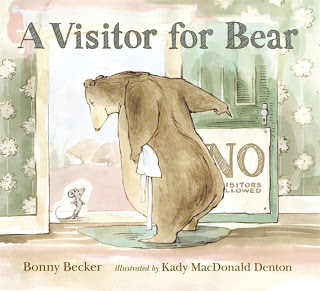 Exercise more and start an IRA. Oh, you mean about writing. I’d say, don’t worry so much. Most of this is out of your control. Just write the best that you can, and then write better than that and keep doing that. The rest will follow.

What do you do outside the world of writing?

Is there one? Hmmmm, I seem to be on a roll here with the one-liners.

Okay, when I do look up from my computer, I hike, bike, I keep trying to learn French, I get together with family a lot, read…

I love books and articles about physics, astronomy, and cosmology. Not so much the stuff about what makes a star—but where and when and how did the universe start and where is it going?

A Bedtime for Bear comes out next fall. Mouse goes over for Bear’s first-ever sleep over and, much to Bear’s frustration, is not as quiet as a mouse at all.

And in 2011, The Sniffles for Bear comes out. Mouse is a tender attentive nurse for patient, stoic Bear (reverse all that and you’ll have it.) Then another early Mouse and Bear reader is in the works. And A Christmas for Bear is coming.

I’m also working on an older age novel—maybe a 12-14-age range. It’s quite a change to have so much room!