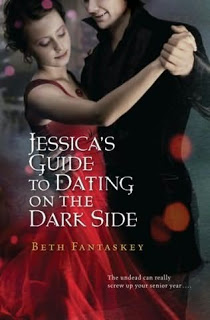 I was a geeky, gawky, shy teenager who was lucky enough to have a really wonderful, if small, set of amazing friends.

I was also lucky to live within bike-riding distance of my local library, and I read tons of books. I was a huge fan of Tolkien and, oddly enough, James Thurber, the classic humorist. I’ve tried to get my students at Susquehanna University to connect with Thurber, and they all think I’m crazy. I guess I’ve always had a twisted sense of humor!

I didn’t set out to write for a YA audience. I just dreamed up a story that featured a young heroine, and the next thing I knew, I was a YA author.

I feel very lucky, though. I love how readers of YA fiction interact with authors. It’s a really interconnected audience. I feel like I’ve actually made friends with a lot of readers.

My whole career has centered on writing, and each editor I’ve worked with has imparted new lessons, so I’ve basically been apprenticing for my entire adult life.

However, I would say my biggest learning experiences took place at my first PR job, where my boss was a brutally honest–and skilled–editor. I was assigned to write a lot of speeches, and during the first year, everything came back marked up with red pen to the point that I nearly wanted to cry.

He did me a great favor, though. After a year, I was a solid writer. I could stand on my own.

I think writing is a skill that you can only learn by doing and revising and getting feedback from editors. Therefore, I’d say the best thing I’ve done is to write on a consistent basis and submit my work to newspapers, magazines, and, eventually, an agent and publisher.

I really don’t think I would have done anything differently… except maybe try to write fiction even earlier. I was almost forty before I focused on novels.

“Sprints and stumbles” pretty much sums up the whole experience! I wrote Jessica’s Guide to Dating on the Dark Side (Harcourt, 2009) fairly quickly, over the course of summer 2006, and it sold to Harcourt on Oct. 31 of that year. You’ll then notice a pretty big gap between sale and publication! It was a long process–but worth it.

Congratulations on the success of Jessica’s Guide to Dating on the Dark Side (Harcourt, 2009)! In your own words, what is the book about?

It’s the story of a very rational girl who is forced to come to terms with a very irrational truth about herself–that she is actually a vampire princess betrothed to a vampire prince. If they don’t marry, according to a pact signed at their births, their rival clans will go to war.

Unfortunately, Jessica doesn’t believe in vampires–and she doesn’t even like her promised husband–at least not until it seems to be too late…

My children are both adopted, and we sometimes wonder what their biological parents were like. I took that to the extreme by imagining that my adopted heroine, Jess, was born to vampire royalty. That’s the root of the story.

My editor at Harcourt couldn’t recall any other time they’d hired a freelance Romanian translator to help finish a book!

The same thing I’m constantly telling myself now: Sit down and write. Get to work!

I honestly haven’t read any other YA fiction this year. I’m trying to finish up my doctoral dissertation, and when I read, it’s basically nonfiction about female reporters in the 1920s. If I ever get done with that, I have lots of great fiction waiting for me!

I like to think while I run, so that is like a hobby for me. Right now, I’m also training for a “sprint triathlon” with a couple other women, but I have yet to get in the pool, so we’ll see…

Other than that, I like to just hang out with my friends and my kids. We live near an amusement park, so I ride a lot of roller coasters with my girls.

My next book is called Jekel Loves Hyde, and it’s due out next year. It’s also a YA romance with a paranormal twist, so I hope readers will like it!