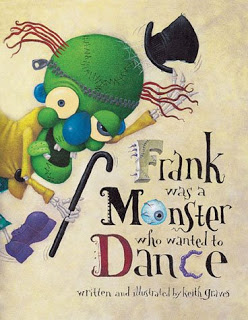 I love the freedom to dig into my creative sub-conscious every day and pull out the interesting things I find in there.

Then it’s like a science project where I build this cool thing that I can kind of see, but there’s no blueprint for how to put it together. I have to figure out what the thing is and how to create it on the fly.

Sometimes it comes together smoothly, logically, but often it’s all trial and error, and starting over a bunch of times.

Then when it’s done, it’s like seeing your papier mâché volcano erupt. It’s a blast like no other.

I write in my studio so early in the morning that it’s barely actually morning. It’s kind of a spooky, peaceful time of day with no distractions, when almost anything seems possible. I sometimes put on ambient creepy sound effects for mood enhancement in the background.

Also, I’m most creative when I first wake up in the morning, more likely to come up with good stuff. Still, I will sometimes sit down and write at other times if the feeling hits me.

What do you love most about being an author? Why?

I love inventing entire worlds and peopling them with interesting beings. I love telling myself stories and then tweaking them over and over again, adding things that make them cooler, thinking “Yeah, like that!”

It’s like entertaining myself with wilder and wilder ideas until I’m completely obsessed with the whole thing. At that point, I’m hooked and there’s no way out except to write the story.

Then there’s the thrill of having the book in your hand at the end, when the thing gets (hopefully) published, and knowing that a bunch of other people might have as much fun reading it as you did writing it.

Next up is Chicken Big, which will be published by Chronicle Books. It’s a funny picture book about a giant chick’s identity crisis, and the dumb chickens around him who make matters worse by suggesting he may be anything from an elephant to an umbrella. Anyway, I think it’s my funniest one.

Then there’s my new YA book series tentatively titled “Gory, Horrid, and Macabre.” It’s a creepy/funny/mysterious/disgusting story about a kid who doesn’t know who (or what) he is, or where he came from. Now that I’m writing this, he sounds a little like Chicken Big! I guess I’m into characters with identity problems these days.

But, unlike the chicken book, it’s a story with an insane murderer, mutant monsters, a walking corpse, a fourteen year old girl who hates make-up, anhydrous ammonia, a gangster cat, and quite a bit of the stuff the title suggests. I’ve done some illustrations to go with the story as well, one of which I’ve included here. Coming soon.

See the video “Frank Was a Monster Who Wanted to Dance” from Lost Boy Studios, in association with Vanguard Films, featuring a story by Keith Graves. Note: don’t worry if the whole guide bar doesn’t load, “buttons” should still work.