Here’s the latest reply, this one from author Peni R. Griffin:

It’s been a rough ten years. Reviewing them, I find little in the way of codifiable wisdom.

I write better now, but I can no more articulate what I do better than a carpenter can articulate for the lay audience the way his hammering technique has improved. You use the muscles, they function better.

Alas, I haven’t improved my marketing skills noticeably. I never feel that I have learned enough about the business end to advise others beyond the most basic beginning principles.

Even now that I’ve quit the day job forever, I can’t see the way I live as part of a broader subculture that could be called “the writing life.” I see images of that life, but I’m not sure they’re true. Isn’t “the writing life” just life with writing? When you accept creativity as a normal part of human variability, writing life is ordinary life.

I’ve learned that I like writing for young people because their brains are still growing. I never used to know what the factor was, but reading about neuroscience I figured it out.

I’ve learned that I need a base level of emotional security in order to write.

I’ve learned that I really do need an agent, that I’m not as good at knowing when a book is ripe as I thought I was, that as skills improve the ability to create new things atrophies, but the process can be braked by a constant influx of new skills.

I’ve learned that I need to be less patient and more selfish, but implementing that learning is still underway.

My research skills have improved with practice.

I’m relearning the use of third-person omniscient now that it’s becoming more acceptable to the editors of age groups I write for, but I can’t say that I have learned it.

It’s freaking hard, after decades of complete identification with one character at a time. But hard is good. You can’t appeal to growing brains if your own brain keeps firing the same synapses over and over.

Read a Cynsations interview with Peni. 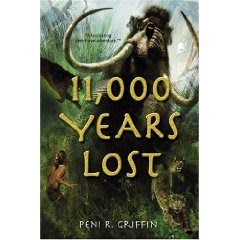