To enter the giveaway, email me (scroll for address) with your name and snail/street mail address by 10 p.m. CST June 30! Please also type “First Daughter” in the subject line. Note: one autographed set will be awarded to any Cynsations YA reader.

In celebration of summer reading, I’m also giving away autographed sets of 25 Tantalize (Candlewick, 2007, 2008) bookmarks to five YA public librarians.

To enter the giveaway, email me (scroll for address) with your name, the name of your library, and the library snail/street mail address by 10 p.m. CST June 30! Please also type “Summer Reading” in the subject line. Note: prizes will be sent on a rolling basis.

See also “Memoirs of a Writer’s Summertime Reading” from The Bridge, Austin Public Library Programs for Youth (p. 2)(PDF file), a 2002 article I wrote about how important public library summer reading programs were to me as a young reader.

The winner of the Feast of Fools: The Morganville Vampires (Book Four) by Rachel Caine (NAL/ Jam, 2008)(sample chapter) giveaway was Zach, a YA reader in Missouri!

The winner of the autographed paperback set of all three of Lauren Myracle‘s New York Times bestselling Internet Girls novels (in chat-room-style writing)–ttyl, l8rg8r, and ttfn (Amulet)–was Olivia, a YA reader in Minnesota!

Congratulations to Zach and Olivia!

Here are the rules:

1.You can enter as many poems as possible, but can only win once.

3. Poems should be spell-checked. If your words are spelled correctly that gives you huge ups. I don’t mind misuse of capitalization so much–e.e. cummings never capitalized and did niFTy things like THis. But I do have to say, it is easier to
read correctly capitalized verse. So, up to you.

4.Poems should be about the Blue Bloods universe. Or in the voice of a Blue Bloods character. Up to you. You could pen a poem about Jack’s hotness, Mimi’s bitchiness, a ballad to Schuyler and Oliver, or about Michael and Gabrielle, anything you can come up with. Or you could write a poem in the voice of a character. Just make a note of who is supposed to be speaking.

5. I’m looking for creativity and polish, but also humor and originality. I was a huge poetry-entrant when I was in high school (and won a bunch), so I think this is a fun experiment.

6. We’ll post the best poems on the site of course. We will have a grand prize, a first runner-up and a third-runner up, who will receive goodie-bags from my vast goodie-bag closet as well as the chapter samplers.

8. Poems should be e-mailed to: melissadlcoffice@gmail.com with the subject header: “Poetry Contest.” 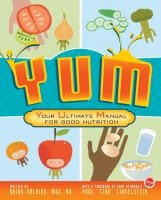 Summer Summer Snack Contest: win a copy of Yum: Your Ultimate Manual for Good Nutrition by Daina Kalnins, illustrated by Paula Becker and four other books of your choice from Lobster Press. From the promotional copy: “Many young people are trying to get on the road to good nutrition, or are being encouraged to do so. Chances are they’ve gotten advice from teachers, parents, doctors, and the media. But how can they use those suggestions to create a plan of action that makes sense for them and their lifestyle? It’s time to get real, leave (most of) the junk in the dust, grab the next exit, and let Yum: Your Ultimate Manual for Good Nutrition move readers into the right lane.” See contest rules and more information. Deadline: July 31.

June 2008 YA Book Giveaways at TeensReadToo.

The SCBWI Martha Weston grant awards $1,500 to one lucky winner each year. The money is to “fund the tuition, transportation, and hotel expenses incurred by attending the SCBWI Annual Conference in Los Angeles.” Deadline: June 10 postmark. Source: Laurie Halse Anderson at Mad Woman in the Forest.

“When To Cut Ties with Your Agent” by Jessica at BookEnds, LCC. Peek: “…in at least a couple of instances I felt like the client was really, truly, for the first time telling me what she wanted, when she fired me.” See also “Why Do You Seek Publication?” 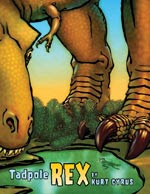 Congratulations to Kurt Cyrus on the publication of Tadpole Rex (Harcourt, June 2008). Wonderful illustrations! From the promotional copy: “Rex is a tiny tadpole who can’t wait to grow up and be big like everybody else. Unfortunately for Rex, he lives in a prehistoric swamp…and everybody else is a gigantic dinosaur. With a little time–and a lot of patience–Rex does grow, gaining arms and legs and, most importantly, a personality big enough to take on even the mightiest of his neighbors. Includes a note from the author about metamorphosis, prehistoric frogs, and the environmental challenges frogs face today.”

ACLU Files Suit in Librarian Harry Potter Case by Joan Oleck from School Library Journal. Peek: “Smith, a Southern Baptist who believes that the Potter books encourage children to worship the occult, claims that after she declined to attend the celebration, where librarians were asked to dress as wizards.” Note: the plaintiff is no relation. Source: Not Just for Kids.

“Dana Reinhardt: redefining the place called home” by Heidi Henneman from BookPage. Peek: “‘I got to a place in my writing where I realized I needed to go back to Tennessee to get all of the details right, and as I was driving about an hour outside of Memphis, I realized there actually was a town just like I was writing about—except the people had all packed up and left.'” Don’t miss “Meet [Author-Illustrator] Denise Flemming.” and “See the USA in Surprising New Ways,” both from BookPage.

Literary Bones: this week Zu Vincent at Through the Tollbooth talks with Elizabeth Wein on writing, the writers life, and–with an eye on the release of “The Chronicles of Narnia: Prince Caspian”–books to film and dramatic structure. Note: series continues throughout the week.

The Postcard by Tony Abbott (Little Brown, 2008)(ages 8-12): a recommendation by Greg Leitich Smith from GregLSBlog. Peek: “In this fun and quirky novel, Abbott delivers mystery, humor, suspense, and a touch of nostalgia.” Learn more about The Postcard and Tony Abbott. Read a Cynsations interview with Greg, and subscribe to his blog syndication at LiveJournal.

The Audies 2008: awards sponsored by the Audio Publishers Association. Note: “Browse the winners and finalists by category; read reviews of the audiobooks; and listen to sound clip excerpts.” Source: Audiobooker.

Attention Authors: Share Your Picks: Little Willow at Bildungsroman is putting together an Author Picks column for The Edge of the Forest. Peek: “Writers who are reading this post are invited to leave me name their favorite classic and contemporary authors in the comments below. Who inspired you to become a writer? Whose writing career would you most like to emulate? Tell me whose books you devoured as a kid, or whose novels you collect now as an adult.” Deadline: July 20.

Sonics’ lawyers don’t want author Sherman Alexie testifying from The Seattle Times. Peek: “Prize-winning author, poet and humorist Sherman Alexie shouldn’t be allowed to testify at an upcoming trial to block the Seattle SuperSonics from moving to Oklahoma City because he has nothing relevant to say and is known for his “profanity-laced” columns for a weekly newspaper, the team argues.” Source Laurie Halse Anderson at Mad Woman in the Forest.

Presenting [Author] Carolyn Mayer from britlitfan at Journey of an Inquiring Mind. Peek: “What’s most interesting to me is how much disagreement there is among historians about facts, both major and minor.”

Author Laurie Halse Anderson and her novel Prom (Viking, 2005) are being featured this month at readergirlz! Visit readergirlz at MySpace and join the forum. Note: I highly recommend Prom, too!

“Backstory’s Emotional Weight” by Darcy Pattison from Darcy Pattison’s Revision Notes. Peek: “By adding backstory, you can strengthen the motivations of the character and make events mean more. Backstory should add irony, poignancy, regret, hope, or other strong emotions.” Read a Cynsations interview with Darcy.

Dead Girl Walking by Linda Joy Singleton (Flux, 2008). From the promotional copy: “Linda Joy Singleton, author of the successful Seer books, returns with another hot paranormal series.” Coming in September; check out the sneak peek at Flux. Read Linda Joy’s LJ, and visit her page at MySpace. Read a Cynsations interview with Linda Joy Singleton on The Seer series.

“Donating Gay (and LBTQ) books to a Junior High School Library? How to Honor the Memory of Larry (Lawrence) King. A Negotiated Solution…” by Lee Wind at I’m Here. I’m Queer. What the Hell Do I Read?

From the Mixed-up Files of Agent Manners: Schmoozing at Conferences from agent Jennifer Jackson at Et in arcaedia, ego. Saving the world, one book sale at a time. Peek: “Agent Manners…reminds you that everyone was new at one point–even agents have their first conference where they don’t know anyone.”

A Baker’s Dozen of Father-Daughter Books from Mitali Perkins at Mitali’s Fire Escape.

Question of the Week Thursday: Robin Friedman asks Lisa Schroeder: “What did you do in the way of promotion?” Peek: “Because I work 32 hours a week at a day job, I don’t have a ton of time for promotional type activities. So I decided six months or so before my novel came out that I needed to make the Internet my best friend.”

An Interview with Agent Jennifer Laughran by Siobhan Vivian from The Longstockings. Peek: “I am picky. There are lots of things that would sell, or have sold, for a lot of money, that I would have no interest in repping. I really have to believe in the book and author.” See also a new Cynsations interview with Jennifer.

Book Trailers from How To & Education on Squiddo. Source: Children’s Book Biz News.

The Official Minion Horde Summer Reading List by Heather Brewer at Bleeding Ink. Peek: “The official list (alphabetized just for you) of books, comics, and manga that a Minion just can’t miss out on.” Note: top-notch for speculative fiction fans.

Check out Sheryl McFarlane’s Book Blog: Kids Book News and Reviews and Sheryl McFarlane’s Teen Blog: Teen Reads! Sheryl says: “I’m mad about kids’ books. I read them, write them, review them and buy way too many of them to fit into my tiny house! In short, I am addicted. So, if you have an addiction too, check out some of the titles I’ve reviewed.”

Thank you to S. Mozer at SCBWI Writers of Lower Fairfield for recommending Cynsations among resources for agent research! Note: to make the most of the agent resources, see the Writing Links page on the main site and, for the most recent news and interviews, use the search engine at Cynsations at Blogger (top guide bar).

I have joined the ranks of authors on Facebook. Please include include in friend requests that you’re a Cynsational reader. You can also find me at my MySpace page.

Check out the trailer for How to Be Bad by Lauren Myracle, E. Lockhart, and Sarah Mlynowski (HarperCollins, 2008)! Visit the How To Be Bad MySpace page.

How to Be Bad