Congratulations to Tiffany Trent on the release of her latest Hallowmere novel, Between Golden Jaws (Mirrorstone, 2008)(sample chapter)!

From the promotional copy: “Will Corrine make a deal with the dark Fey Prince? Corrine and her friends race to London, in the hopes of finding a rathstone that will help them end this terrible war with the Fey. The girls search the Victorian city only to find that their plan has led to more danger than ever before. With the girls’ lives on the line, the Fey Prince offers Corrine a deal: become his consort and her friends can go in peace. Will Corrine fall into the Fey Prince’s arms to save her friends? Or can she find another way?”

Need to catch up first? Enter to win a copy of By Venom’s Sweet Sting (Mirrorstone, 2007). To enter, email me with your name and snail/street mail address by 10 p.m. CST April 30! Please also type “By Venom’s Sweet Sting” in the subject line. Note: one copy will be awarded to any Cynsations YA reader, and one copy will be awarded to a member of Tantalize Fans Unite! at MySpace. Please identify yourself accordingly as part of your entry!

Read a Cynsations interview with Tiffany. More recently, Tiffany writes about “My Other Life” at AlmaNews. Here’s a sneak peek: “Our boys had claws like banshees and voices to match.” Find out what she’s talking about. 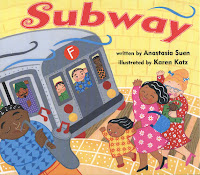 Blog Book Tours by Elizabeth O. Dulemba Note: previously published in the September-October 2007 SCBWI Bulletin. Here’s a sneak peek: “Blog book tours are suddenly quite popular as a quick, inexpensive way for famous (or not so famous) authors to get the word out about their new releases to an exponentially growing audience.” Note: Elizabeth also has launched Coloring Page Tuesdays for those of you looking for fun!

Presenting Carrie Jones, from Tori at Journey of an Inquiring Mind. Here’s a sneak peek: “The first non-poetry writing I remember was a MASSIVE Star Trek story of 200-plus pages that I wrote the summer before fifth grade. I wrote it for my brother, because I didn’t have enough money to buy him something cool like golf balls for his birthday.” Learn more about Carrie’s latest release, Love and Other Uses for Duct Tape (Flux, 2008). Read a Cynsations interview with Carrie. 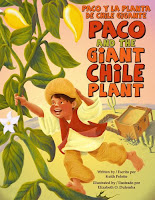 Blog Book Tour with illustrator Elizabeth O. Dulemba on Paco and the Giant Chili Plant, written by Keith Polette (Raven Tree, 2008). From the promotional copy: Paco and the Giant Chil Plant / Paco y la planta de chile gigante is a bilingual (English/Spanish) embedded text picture book with all the fun of a fairy tale twisted into a humorous variation. Based on the classic ‘Jack and the Bean Stalk’ fairy tale, Polette uses the desert Southwest as an unexpected setting. Filled with prickly pears and such, our story moves from the sandy earth into a cloudy domain where anything is possible.” Check out tie-in activities! See also Elizabeth’s blog for her recent interviews with Kerry Madden, Karen Lee, Alan Gratz, Kim Norman, and more!

Presenting Melissa Marr, also from Tori at Journey of an Inquiring Mind. Here’s a sneak peek: “The type of faeries I’m interested in are the ones from old lore: complex characters with sometimes impenetrable motivations, moody faeries with volatile tempers, faeries who play with semantics when they speak.” Learn more about Melissa’s latest release, Ink Exchange (HarperCollins, 2008). Read a Cynsations interview with Melissa.

Tips on Writing: Making the Most of Your Writing Group by Jo Knowles. Here’s a sneak peek: “I say responding because I think this is much more helpful to the writer than ‘critiquing.’ After a person reads, let the responders take a minute or two of quiet time to gather thoughts and take notes. This can be torture for the writer waiting to hear what people thought, but I think it’s worth it to let people take a minute to, well, think.” Read a Cynsations interview with Jo. Source: Devas T Rants and Raves. 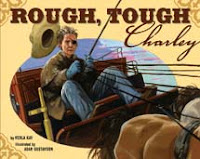 Johnston to Start New Imprint at S&S: “Allyn Johnston is joining Simon & Schuster Children’s Publishing as v-p and publisher of a yet-to-be named imprint, effective immediately. Her imprint, which will concentrate on picture books and middle-grade fiction, will be located in San Diego.” Congratulations, Allyn! Source: Publishers Weekly.

2008 Writers’ League of Texas Agents and Editors Conference has announced its roster of agent/editor speakers. Youth literature professionals include: Kathleen Anderson (YA) of Anderson Literary Management; Lilly Ghahremani of Full Circle Literary (YA); Andrea Somberg of Harvey Klinger (YA); Stefanie Von Borstel of Full Circle Literary (multicultural children’s and YA); Natanya Wheeler of Lowenstein-Yost Associates (YA); Caryn Wiseman of Andrea Brown Literary Agency, Inc. (children’s and YA; scroll for description).

Author Lisa Yee offers the inside scoop on how she found her titles and asks for help with the next one! Read a Cynsations interview with Lisa. 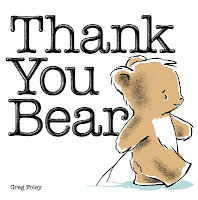 Thank You, Bear by Greg Foley (Viking, 2007) is the winner of CCBC’s 2008 Charlotte Zolotow Award. See the list of honor and recommended books. Note: the award is given annually for outstanding writing in a picture book published in the United States in the preceding year. Up to five honor books and up to ten highly commended titles may also be named each year. Source: Children’s Book Biz News. Read an interview with Ginny Moore Kruse about the award from my site.

Celebrating Literary Canada in general and Pierre Berton in particular from Chasing Ray. Note: Because I needed to finish out the SCBWI Bologna 2008 series before the conference, I didn’t get to participate in the Canada lit love fest. However, I do feel the love! And I will be chiming in late (April 4) with an interview with Shelia Barry from Kids Can Press of Toronto. Yay!

How to Be a Children’s Book Illustrator: Art School in a Blog from author-illustrator Mark G. Mitchell. Read a Cynsations interview with Mark.

Take a sneak peek at design elements of The Adoration of Jenna Fox from Mary E. Pearson (Henry Holt, 2008), which is one of my fave YAs of all time. More on that later! Read a Cynsations interview with Mary, and learn more about her forthcoming release.

The Wordcraft Circle of Native Writers and Storytellers: “focused on using story as a means of conveying traditional and contemporary values and ideals, as well as articulating the need and desire for Native people to create their own paths and visions. We look to help increase leadership capacity in Native youth and Native communities. Ideally, we, as Native People, need to find our own way, develop our own leaders, ensure that our stories are told–past, present, and future–for all time.” Note: it was an honor to be named, along with Joy Harjo, a 2001 Wordcraft Writer of the Year–Children’s Literature for Rain Is Not My Indian Name (HarperCollins, 2001). Note: scroll for list of more honorees. Source: Debbie Reese at American Indians in Children’s Literature, who has been named a Writer of the Year for her work on that blog.

Will you be anywhere near Shelburne, Vermont this weekend? If so, swing by this weekend’s sale at The Flying Pig Bookstore! The Pig says: “We’re getting ready for inventory on April 6, and have a ruthless, take-no-prisoners approach to overstock. The sale runs through Sunday, with all store items on sale, with special bargains upstairs. Tell teachers and librarians!” Note: And so I am! Go shop! See also Bookseller Insights: Elizabeth Bluemle on Promotional Bookmarks and Postcards from Cynsations.

Thanks to Zoe at BookPeople in Austin for highlighting Tantalize as a staff selection! Zoe says: “Pick up this book and go behind the scenes at Sanguini’s restaurant–it’s quite a treat!”