The Society of Children’s Book Writers & Illustrators (SCBWI) is happy to announce that Yolanda LeRoy, Editorial Director at Charlesbridge (US), will participate on the panel, “Why I Love This Book and Published It,” at the SCBWI Bologna Biennial Conference 2008 in Bologna, Italy, on March 30. 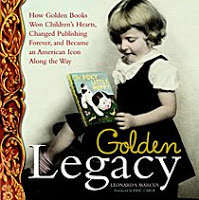 Cynsations is featuring an ongoing SCBWI Bologna 2008 interview series. Due to Yolanda’s late addition to the faculty, she will not be featured in conjunction with that effort. However, Yolanda was previously interviewed about her editorial work and Charlesbridge by Cynsations on Nov. 11, 2006.

Here’s a sneak peek at that interview:

“I think it’s important to remember at all times that as an editor, it is not your book. You take care of it, you nurture the author/illustrator, but your name’s not on the book.

“Of course you’re trying to build your own career, but I do believe the best editors are humble and respectful of the integrity of a work. That doesn’t mean we don’t have strong opinions, of course! But you have to know when you’re holding onto something too tightly.”

The SCBWI Bologna Biennial Conference 2008 is organized in cooperation with the Bologna Children’s Book Fair. Illustration sessions are made possible in part by a generous professional illustration grant from the Society of Children’s Book Writers & Illustrators.