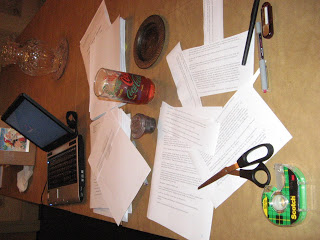 I’m pleased to report that I’m working on final line edits for Eternal, which will be the second book in the Tantalize universe and will be likewise published by Candlewick Press.

I’d turned in the second big revision just after Thanksgiving and had been awaiting my editor‘s reaction.

She’d asked me, among other things, to further develop one of the main characters, to push back the start point, and to give the alternating point-of-view characters more of a unifying mission early in the story.

The upshot was a lot of new scenes, a lot of deleting, a lot of moving text around. It was fascinating because the process of revision began like it normally does. I panicked at my perception of the magnitude of the task, set a heavy object on the letter, and backed away slowly.

Then, only a couple of days later, I found myself in a frenzy. Normally, revision epiphanies come to me in a slow series of sparks. This was more like standing in the middle of an inferno.

I had so many ideas that the word processing itself got in the way. It was too distant, too slippery, when I knew–just knew–what to do with these flesh-and-bone fictional people.

So I abandoned my typical writing spots–the sleeping porch and sun porch–for the dining room table where I could spread out with scissors and tape and literally cut, literally pasted, which slowed me down just enough to think. Something about physically holding onto the pieces of the story grounded me and provided a certain reassurance that I could do it, that it was all there. Or, at least, that it eventually would be.

So what’s was the result? My editor’s reaction included words like “bloody,” “astonishing,” “wonderful,” “amazing” and “gulp,” which are certainly encouraging. But I’m still smoothing! 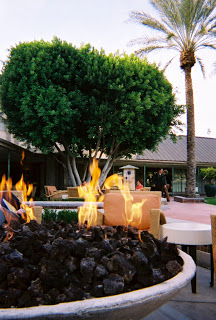 Been spooky lately? The above post is originally from my Spookycyn blog, which features news and interviews related to speculative youth fiction as well as behind-the-scenes glimpses at my own writing life (including foodie reports). If you missed them, check out my holiday report, Libba Bray’s signing in Austin, my thoughts on “Angel: After the Fall,” and my latest trip–to the Arizona Biltmore.