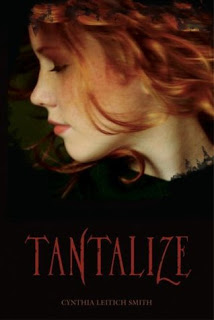 The Tantalize series features YA Gothic fantasy novels in both prose and graphic formats. The stories are suspenseful with high action and include romantic elements as well as some humor.


Author Cynthia Leitich Smith began working on first book, which had a working title of “Brad: The Impaler” in 2000. The original concept behind the books is that the events in Bram Stoker‘s classic Dracula (1897) are loosely based on truth and the new stories take a look at how that legacy manifests in present day.

They’re set in an international multi-monster verse, populated with vampires, a variety of shapeshifters, angels, ghosts, demons, faerie, and more. The series is originally published in the U.S./Canada by Candlewick Press and in the U.K. by Walker. Various foreign editions also are available.

The Feral trilogy is a spin-off of the Tantalize series. The books are set in the same universe and feature many overlapping characters and settings. Tantalize heroes reappear in Feral Pride.

CLASSIFIED ADS: RESTAURANTS
SANGUINI’S: A VERY RARE RESTAURANT IS HIRING A CHEF DE CUISINE.
DINNERS ONLY. APPLY IN PERSON BETWEEN 2:00 AND 4:00 PM.

Quincie Morris has never felt more alone. Her parents are dead, and her hybrid-werewolf first love is threatening to embark on a rite of passage that will separate them forever.

Then, as she and her uncle are about to unveil their hot vampire-themed restaurant, a brutal murder leaves them scrambling for a chef. Can Quincie transform their new hire into a culinary Dark Lord before opening night? Can he wow the crowd in his fake fangs, cheap cape, and red contact lenses — or is there more to this earnest face than meets the eye?

As human and preternatural forces clash, a deadly love triangle forms, and the line between predator and prey begins to blur. Who’s playing whom? And how long can Quincie play along before she loses everything?

Are you predator or prey?

“Cynthia Leitich Smith is the Anne Rice for teen readers. Smith has a vivid imagination, her intricate plot keeps readers guessing until the very end.”

“Tantalize is a thinking reader’s horror novel and an entertaining, empowering ride.”

— The International Reading Association’s Journal of Adolescent and Adult Literacy

“Quincie must make a terrifying choice in a heart pounding climax that will have teen readers weeping with both lust and sorrow.”

“Readers will be rewarded with an impeccably paced suspense story, a sexy romance, and a tough and witty heroine.”

— The Bulletin of the Center of Children’s Books

CYN NOTE: In the interests of space, please click the titles below for reviews and resources.

At last, Miranda is the life of the party: all she had to do was die.

Elevated and adopted by none other than the reigning King of the Mantle of Dracul, Miranda goes from high-school theater wannabe to glamorous royal fiend overnight.

Meanwhile, her reckless and adoring guardian angel, Zachary, demoted to human guise as the princess’s personal assistant, has his work cut out for him trying to save his girl’s soul and plan the Master’s fast-approaching Death Day gala.

In alternating points of view, Miranda and Zachary navigate a cut-throat eternal aristocracy as they play out a dangerous and darkly hilarious love story for the ages.

With diabolical wit, the author of Tantalize revisits a deliciously dark world.

Quincie P. Morris, teen restaurateuse and neophyte vampire, is in the fight of her life — or undeath. Even as she adjusts to her new appetites, she must clear her best friend and true love, the hybrid werewolf Kieren, of murder charges; thwart the apocalyptic ambitions of Bradley Sanguini, the seductive vampire-chef who “blessed” her; and keep her dead parents’ restaurant up and running.

She hires a more homespun chef and adds the preternaturally beautiful Zachary to her wait staff. But with hundreds of new vampires on the rise and Bradley off assuming the powers of Dracula Prime, Zachary soon reveals his true nature — and a flaming sword — and they hit the road to staunch the bloodshed before it’s too late.

Even if they save the world, will there be time left to salvage Quincie’s soul?

With a wink and a nod to Bram Stoker, New York Times best-selling author Cynthia Leitich Smith unites the casts of Tantalize and Eternal in a delicious dark fantasy her fans will devour.
#4 Diabolical (January 2012)

Best-selling author Cynthia Leitich Smith unites heroes from the previous three novels in the Tantalize series–including Zachary’s girl, Miranda, and Kieren’s love, Quincie–along with a fascinating cast of all-new characters for a suspenseful, action-packed clash between the forces of heaven and hell.

Note: the book is told from the alternating points of view of Zachary, Kieren, and Miranda. Quincie is not a point of view character, but she is a main character in the story.

Tantaize as you’ve never seen it before —from a Wolf’s-eye view!

Completely devoted to Miranda, Zachary takes his demotion to human form in stride, taking a job as the princess’s personal assistant.

Of course, this means he has to balance his soul-saving efforts with planning the Master’s fast-approaching Deathday gala. 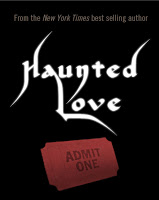 “Cat Calls” appears in Sideshow: Ten Original Tales of Freaks, Illusionists, and Other Matters Odd and Magical, edited by Deborah Noyes (Candlewick, 2009). It is available as a free e-book.

“Haunted Love” appears in in Immortal: Love Stories with Bite, edited by P.C. Cast (BenBella, 2008). It is also available as a free e-book.