Elaine Scott is the author of many nonfiction books, including FRIENDS! (Atheneum, 2000), TWINS! (Atheneum, 1998), and CLOSE ENCOUNTERS: EXPLORING SPACE WITH THE HUBBLE SPACE TELESCOPE (Hyperion, 1998). This interview was conducted via email in November-December 2001.

What were the earliest inklings that you would become a writer? Did it begin in your childhood or later in life? 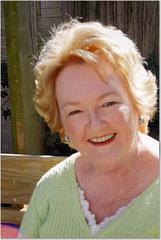 Yes, I wrote as a child. In fact, I was first published at ten years old. It was a school assignment—a poem about three snowmen who had to melt at springtime, and they knew it.

Who were your favorite writers as a child? Which writers do you enjoy now?

Childhood was full of the poems of Robert Louis Stevenson, and books like TOM SAWYER and HUCKLEBERRY FINN, which are still favorites. I also read all the NANCY DREWs I could lay my hands on, and I have always loved biographies. My favorite authors today are Ann Tyler, John Irving, William Boyd, Alice Hoffman, and David McCullough. Those are writers whose books I buy based on their name alone. Right now, I’m reading THE CORRECTIONS by Jonathan Franzen. I like it so well I’m sure I’ll add his name to my “must-read” list.

Could you tell us a bit about your path to publication?

My path to publication was surprisingly easy — in the beginning. There was a 25-year writer’s block after the childhood poem was published, then I was invited to write for a literary journal in Houston. That led to other pieces in regional publications, and eventually I wrote my first children’s book, ADOPTION, published by Franklin Watts in 1980.

Once I wrote a children’s book, I never considered doing anything else.

You’re an author of nonfiction for children? What are some of the challenges of writing nonfiction?

The kinds of nonfiction photo essays I write are rewarding, but difficult books to research and write. For one thing, I insist on first-hand research, and it isn’t always easy to get access to the folks I want to interview. Fortunately, I’m persistent—and I try to be polite.

What advice to you have for beginning writers?

I think my advice is summed up in a word in the previous sentence. Persistence. That, and patience. I am assuming the beginning writer has done all that can be done to learn the craft and practice it. Unfortunately, sales do not immediately follow, and the biggest danger to a beginner is discouragement. If you have something you want to say, and you’ve said it well, then persistence is the road to publication.

You have written two books about the Hubble Space Telescope. How did you become interested in this topic? What its appeal to young readers?

I became interested in the Hubble Space Telescope through a friend of mine who was designing some of the instruments that were going to be used to repair it. When she offered me an opportunity to peer over the astronaut’s shoulders as they prepared for the mission, I jumped at the chance! ADVENTURE IN SPACE and its sequel, CLOSE ENCOUNTERS, have been translated into foreign languages around the world, turned into recorded books, been sold to various educational publishers either as excerpts or as stand-alone textbooks.

I think their success reflects the fact that children are eager to understand science and are quite capable of understanding difficult topics, if the author takes the time to address the reader in accessible language.

Two of your more recent picture books are TWINS! and FRIENDS!, both about relationships. What inspired your interest in each of these topics. How did these books come to be?

TWINS was one of those publishing phenomenons—I was actually asked to write it. Barbara Lalicki was then editor at Atheneum and she approached my agent to ask whether Margie Miller and I would be interested in doing a book about twins. Since my grandmother was a twin, and I was born on her birthday, there was always a big celebration with her, my great-aunt, and me sharing the big day. So the subject of twins was near and dear to my heart.

FRIENDS! was my idea. It just followed on the heels of TWINS! but I think it grew from my understanding that childhood friendships are not always the easy relationship that adults like to think they are. I wanted to explore all aspects of friendship—including the dark times—with children.

What role does a book like FRIENDS! serve? How have young readers responded to it?

I think FRIENDS! is an important book because it does lift up values and helps children clarify their own values as they ponder the questions that are built into the text. I have been amazed at the response to FRIENDS! in schools. Even boys and girls in older elementary school want to discuss the issues that are raised in that book.

I think it’s important to look at friendship realistically, especially when we see children struggling to find their place in the world—or the classroom.

You participated as a featured author in Laura Bush Celebrates America’s Authors, part of the extended Inaugural Activities on January 19, 2001. That sounds pretty exciting! What can you tell us about this experience?

I was deeply honored to be part of the Inaugural Activities that Mrs. Bush sponsored. In addition to enjoying a weekend full of heart-thumping patriotism, it was wonderful to know that our First Lady is a woman who is deeply committed to children, books, and literacy. The thirteen children’s authors who were part of the program spent an afternoon visiting Washington D.C. public schools, and I left with hope in my heart. Though poor, and with few resources, the teachers in those schools were full of determination that their children succeed, and the children were full of the belief that they could do so.

What do you enjoy most about being a writer? 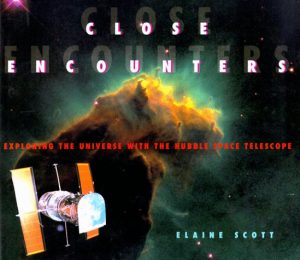 I’m tempted to respond to this question with that old saw, “Having written.” There is no joy greater than the time the writing process goes well. When I am in a zone, as athletes refer to it, I am immersed in the world I am creating. It is pure escape; pure joy. On the other hand, when things aren’t going well…(fill in the blanks.)

What’s the hardest part for you?

When I’m not writing I’m either reading, traveling, or sailing. Those are my three hands-down favorite occupations.

There are a lot of books in the pipeline. A science series, WHAT’S SO GREAT ABOUT . . . is in the works, and I’ve just completed two picture books, which is a new twist for me. I’m also in the middle of writing a middle-grade novel, so that should keep me out of trouble for a while.