Denise Schmandt-Besserat is the author of THE HISTORY OF COUNTING, a non-fiction picture book illustrated by Michael Hays (Morrow, 1999). This interview was conducted via email in February 2000.

What first inspired you to write The HISTORY OF COUNTING for children?

I am professor of Art and Middle Eastern Studies at the University of Texas at Austin. My field is the Archaeology of the ancient Near East. I wanted to tell the results of my work as an archaeologist to my six grandchildren.

The book is dedicated to Nicolas, the oldest. I like to share my discoveries with the new generation. I like the challenge of presenting complex data in a simple way.

How did you become interested in counting and numbers?

The realization that our way of counting was preceded by more archaic ways of counting is the outcome of 25 years of research. I had the privilege to study archaeological material that revealed 1) how writing was first invented in Sumer, present day Iraq, ca. 3000 BC and 2) how counting had evolved over 10,000 years.

What do you think Michael Hays’ illustrations brought to the text?

The pictures are important in giving a sense of history.

The HISTORY OF COUNTING includes people and places throughout time. Are there still parts of the world where abstract numbers are not used at all?

It is my understanding that abstract numbers are now universally used for business and administration. There are however still many dialects, which preserve different numerations systems for daily life counting. I think of Maya or Russian dialects. Also, body counting is still common in Africa and Oceania.

Because it makes it infinitely easier to calculate. Think how the system of 12 inches, 3 feet etc. complicates computing. 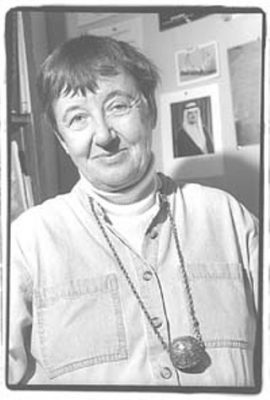 It is fascinating to me how many times counting was invented on the face of the earth and the multiple ways of counting that were developed. It is also interesting to me that people all over the world had such great difficulty in counting beyond 3 and that each bigger number thereafter was a special accomplishment.

Why are there so few books about math and science?

I have noted that people are not curious about the invention of numbers, because it is commonly held, that humans spontaneously count to ten because they have 10 fingers. Nothing, however, is further than the truth.

I have had great joy in reading with my children and grandchildren and have learned a great deal in the process. I hope HISTORY OF COUNTING will also be shared by children and their moms and dads.