Could you describe your journey to becoming an artist? What were your original inspirations? 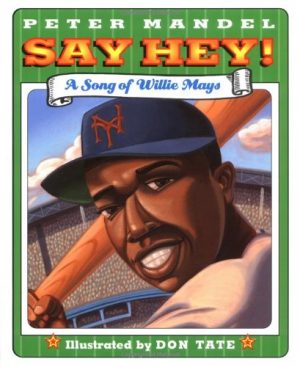 I was an extremely creative child. I have been drawing, painting, building, and making things as long as I can remember.

I have always been good with my hands. I went through several creative phases. Macramé was big in the 70s, and I spent day and night making just about anything you could make with a knots and a beads. Then it was copper enameling. Then it was clay, puppets, and finally I found my way to figure drawing.

In high school, when most of the other guys were trying to perfect their hoop, I was trying to perfect my drawing skills. I became particularly interested in children’s books through my aunt Eleanora E. Tate, who is a young adult novelist. She had several books published and one made into a movie. I then decided I wanted to tell stories with pictures just as she did with words.

How did you become interested in illustrating literature for children?

I started working for Perfection Learning Corporation, an educational publishing company soon after college. I worked as a publication designer. I had the opportunity to design, illustrate, and work with editors for all sorts of children’s educational materials. I traveled with them to several reading conferences where I had the opportunity to meet and mingle with some of my favorite children’s book authors and illustrators. Between that experience and the inspiration and encouragement I received from my aunt, I fell in love with children’s publishing.

Who are some of your favorite children’s illustrators? Were any of them particularly inspirational? If so, whom and why?

My favorite is Brian Pinkney. I especially love his very distinctive scratch board work. He has given me lots of good advise, and pointed me in the direction of a great editor. Andrea Pinkney! His illustration style is very different from the super realistic style you often see in books with African American themes.

Do you remember which illustrated children’s books were your favorites back when you were a young reader and why?

Although I didn’t have many children’s books as a child, my favorite was Maurice Sendak’s WHERE THE WILD THINGS ARE. I loved the fine detail of the cross-hatched style. The book scared me, but entertained me at the same time. I’d like to do a book like that someday.

Could you please describe how you became a published illustrator?

Getting my work published was easy. It’s something I almost take for granted.

I work full-time for a newspaper, my graphics are published almost daily, and my illustrations are published several times a month. But I started off in advertising, then went to work for a children’s educational publisher.

I even freelanced full time for a few years specifically for various children’s publishers and magazines.

Now getting my work published with a major trade book publisher was another story. I had sent my portfolio to many trade book publishers. After a few too many rejection letters, I had practically given up on getting a picture book published. I sent my work to Brian and Andrea Pinkney and Floyd Cooper. Things sort of fell in place after that.

What interested you in illustrating Peter Mandel’s picture book biography of Willie Mays? Were you a big baseball fan as a child? Are you today?

I have never been and probably never will be a sports person. I did play little league baseball for a few years as a child and hated every second of it.

To be completely honest, I badly wanted the opportunity to illustrate a children’s picture book. I love creating pictures for children. Peter’s book was the first manuscript to be offered to me. I would have taken practically anything as long as it was going to be published and in bookstores.

The process you used to illustrate this book is fascinating. Can you explain it to us? How did you become interested in this technique? What are its advantages and challenges?

I used my brother as a model for the Mays character. I also used a computer program to created a mannequin type model of Mays and some of the other characters in the book. It was great because I could reposition them, adjust the lighting and they were on call whenever I needed them. I used them as reference for my final paintings. I also used reference materials that I obtained from Cooperstown Baseball Hall of Fame in New York, and many images of Mays that I found on the internet.

One of the criticism I have received of about the book is my character of Mays, not resembling Mays. When I originally submitted art for the book, my editor asked me not to focus so much on creating a likeness of Mays, but to focus on the rhythm of the story. I think I accomplished that goal.

In the last few page of the book, the focus shifts to strongly feature a young fan of Mays. Could you talk a bit about this aspect of the book and how you handled it in your art?

My editor and art director wanted the book to end with a child telling the story of Willie Mays. The challenge was that the child in the story had to be a child of that same time period, and they wanted the ending to end visually different than the rest of the book. They suggested a sepia-tone, but let me make the final call.

It’s pretty easy get this effect with a contemporary child looking back at a past hero. You would easily accomplish the goal with the differences in fashions. I knew that I wanted the child to mimic the moves of his sports hero just like kids today try to mimic the moves of Jordan. I was not sure what I was going to do to change the visual look, and I fretted over it until the second it was time to lay paint down on the canvas.

The Des Moines Register has a wonderful photo archive containing just about anything you would ever need a photograph of. Some of these photos date back to about the turn of the century, and they have just about every subject. I had found plenty of images of Mays and had them spread all over my studio. It occurred to me that Mays was almost always photographed in black and white. I decided to use this as a backdrop for the images, then separated Mays from the child by painting the child in color. I communicated the time period with clothing. I think the solution worked.

Could you tell us a bit about any of your upcoming projects? 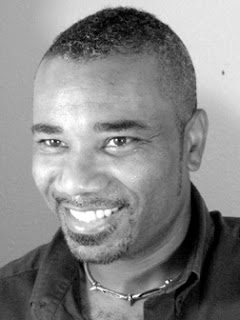 I have a very challenging schedule over the next year. I am in the process of illustrating two books. Both manuscripts have confidential stamped real big on the first page, so I can’t give out too much info yet. One book is being published by Lee and Low Books, and is set on a contemporary farm. It is going to be a very fun project and I am very excited about the opportunity to work with Lee and Low.

The other is being published by Zondervan, a Christian publishing house and is part of their “Legends” series. Both books will be created in two very different styles. I have developed many styles over the years. Some would say that is not a good thing for an artist to do.

With most children’s book illustrators, you would never know what story they will be illustrating next, but you pretty much know what the illustrations will look like. But I am looking forward to surprising my readers with my many styles.

My book with Zondervan will have a very realistic look while the book for Lee and Low will have a style similar to what I used for SAY HEY.

For the future, I look forward to trying many new styles including computer generated art. I especially would like to illustrate an animal, insect or “thingy” book. Something that completely eliminates the whole race question.

I want to illustrate books for kids. All kids. I don’t want to limit my opportunities to a small sliver of the total children’s publishing pie.

I once illustrated a mini book for Scholastic. The main character was a turtle. When I visit classrooms, I show the illustrations and tell the story. All kids love turtles!