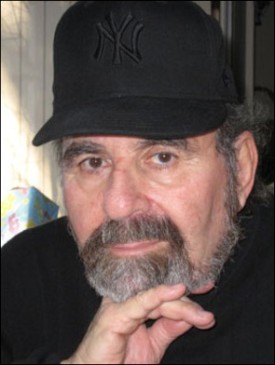 Arnold Adoff—noted anthologist, poet, and author—died on May 7 at home in Yellow Springs, Ohio surrounded by family after a brief illness. He was 85.

Obituary: Arnold Adoff from Publishers Weekly by Shannon Maughan. Peek: “Children’s poet, author, and anthologist Arnold Adoff, widely noted for his inventive poetry style and for depicting African American experiences in his work, died on May 7 at his home in Yellow Springs, Ohio, following a brief illness.”

Arnold Adoff from Yellow Springs News. Peek: “Arnold would become one of the most internationally recognized poets of children’s literature and anthologists of poetry, specifically poetry written by people of color (POC).”

Arnold Adoff was born July 16, 1935 in the South Bronx in New York City to Russian-Polish immigrants to whom education was paramount. As a teenager, Adoff became an avid reader and began writing poetry, realizing, according to his obituary, “that girls liked boys who wrote poems . . . this would serve him well when . . . in 1958, he met the love of his life and future wife, Virginia Hamilton.”

Arnold attended Stuyvesant High School in New York City and afterwards planned to follow in his father’s footsteps by enrolling in Columbia University’s Pharmacy College. Adoff quickly realized the program wasn’t for him and he ran away to Chicago. After his parents reassured him that they supported whatever path he chose, he enrolled in City College where he studied history and literature. Adoff began graduate work at Columbia in political science but did not finish his dissertation. Eventually, he studied poetry at the New School with Filipino American poet José Garcia Villa.

Adoff worked as a seventh-grade social studies teacher while in graduate school but eventually opted to substitute teach while he worked on writing poetry while living in Greenwich Village. During this time, he met Hamilton through Charles Mingus, jazz bassist and composer. Hamilton was a writer herself while occasionally singing in nightclubs. The two married in 1960 and had two children together. 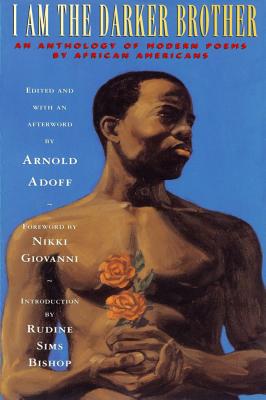 While teaching, Adoff noticed that many of the ethnically diverse students he taught didn’t have books that reflected their lives. According to Publishers Weekly, he asked an editor friend at Macmillan “to make photocopies of some poems so he could distribute them to his class.” The editor was so impressed with Adoff’s choices he suggested curating an anthology. The resulting work was I am the Darker Brother: An Anthology of Modern Poems by Negro Americans (Macmillan, 1968).

In addition to curating anthologies, Adoff wrote more than 30 books. His most groundbreaking was Black is Brown is Tan illustrated by Emily McCully (HarperCollins, 1973), the first book to feature an interracial family as main characters. 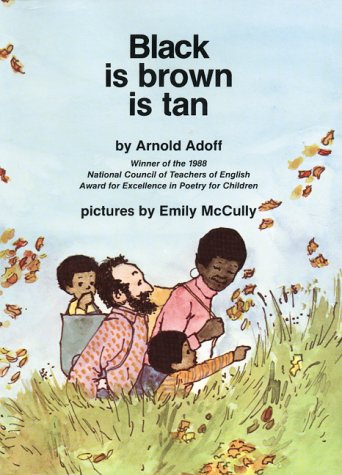 Adoff won many awards for his work including the Children’s Book of the Year citation for I am the Darker Brother, and was named to the American Library Association’s Best Books for Young Adults for Slow Dance Heartbreak Blues (HarperCollins, 1995). In 1988, the National Council of Teachers of English awarded him the Excellence in Poetry for Children Award. First awarded in 2016, the Arnold Adoff Poetry Awards recognize “excellence in multicultural poetry for youth, for readers at the primary level, middle level, and teens.” Four awards are given yearly at the Virginia Hamilton Conference at Kent State University.

Adoff worked alongside Hamilton on each book she penned. Hamilton garnered nearly every award possible including the Newbery Medal and a MacArthur Fellowship. He acted as her agent, negotiating her contracts. They team-taught writing courses at Queens College and lectured at universities across the country. Hamilton passed away in 2002 and when asked in a Brown Bookshelf interview with Alice Faye Duncan about missing his wife, Adoff answered, “…what I miss is being able to walk into her office and sit down and talk about something . . . some aspect of a book project . . . some opinion on a family or personal matter . . . or listen to her read me the latest chapter from her latest book.”