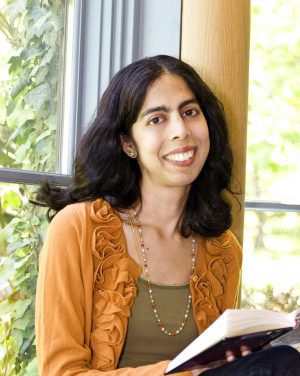 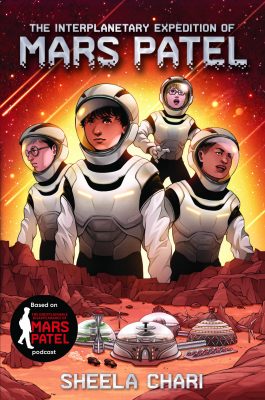 It’s great to be back! I was interviewed here when my first novel, Vanished (Hyperion, 2011), was published. Right now, I’m working on two “latest” middle-grade projects, which include The Unexplainable Disappearance of Mars Patel mystery sci-fi series (Walker Books US, 2020), and Karthik Delivers (Abrams, 2022), a contemporary novel that will be out from Abrams next spring 2022.

The Mars Patel Series is based on the popular Peabody-Award-winning podcast mystery with the same title, developed by Gen-Z Media. The original podcast, which consists of three seasons, follows eleven-year-old Mars Patel, and his search high and low for his missing friends, whose disappearances might involve the elusive billionaire inventor, Oliver Pruitt.

In my novelization, I try to take the same story and bring it to book form, while playing with group texts, transcripts, emails, and other alternate forms to recreate that same quality of spoken drama. It’s been an exciting project, unlike anything I’ve done before, and has made me look at dialogue, plot, and writing characters in a completely different way.

The other middle-grade project I’m currently working on is Karthik Delivers, which unlike the other books I’ve published so far, is not a mystery. Karthik Delivers is about a 14-year-old who is working in his father’s ailing Indian grocery store one summer during the Financial Crisis when he gets secretly cast in a play about the young Leonard Bernstein. I revised this book for nearly 12 years before sending it out and selling it, so it’s a project near and dear to my heart. I’ve been working on this project for more than half the time I’ve been writing for young readers. Karthik Delivers has shaped my ideas on what it means to write about characters in my Indian-American community, and also on the often lengthy process of revision. 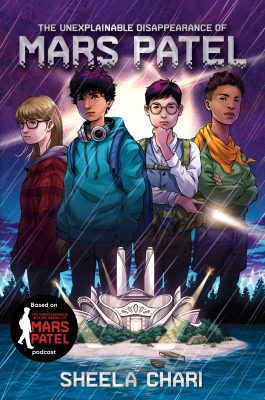 From my last year of college when I first decided to become a professional author, I’ve been on a mostly straight track. I’ve been fortunate to do writing that I love, and I’m also a teacher, which has brought me so much satisfaction and joy. It’s been nearly 25 years of a career devoted to writing, and looking back I can see that even my setbacks prepared me for other accomplishments, or put me in place for taking on more challenging work.

But it also meant that over the years, I’ve had to do many things twice, or a different way, or with different expectations. Vanished began as a gift to my then 8-year old niece and ended up launching what became a completely unexpected career in children’s writing. Until then, I’d fully expected to write adult literary fiction. But with Vanished, I found my voice and my audience, and use the mystery form to write about my experiences of growing up as an Indian-American. Vanished brought me so many happy successes, from an Edgar nomination to an interview on the Today Show in front of millions of people. Despite this critical acclaim, the book didn’t make it to paperback, and went out of print. After Vanished, I went through a dry spell, taking nearly six years before my next mystery novel, Finding Mighty, was published. During this time, I worked and worked on Karthik Delivers, but while the characters and setting were clear to me, the book lacked a spine — a streamlined trajectory that would take its characters towards a satisfying end. It would take me writing two more novels to understand how to go back and revise thoughtfully.

In hindsight, I realized that I wasn’t ready to write this book; I had to wait to become a stronger writer. I can’t stress the importance of this lesson for me, and hope other writers might consider this with their own mid-stage projects. Sometimes we’re simply not ready to write a book. We haven’t lived the right experiences yet, we haven’t tackled a particular craft in the right way, or even met the right people. Regardless, we have to be patient in our revisions, even putting away the project, knowing we will return when our writing muscle is further developed. And sometimes the painful truth is that the book is meant to be shelved for good. That’s okay, too, and the ability to do that can come later after you’ve stepped away.

In the meanwhile, I went on to write more mysteries. I began to better understand and learn this form, and the kind of plotting I did, were skills I could take back and apply to revising Karthik Delivers. Also during this time when I was publishing less, I turned to another area that deeply interested me: teaching. I first start by teaching a children’s writing class at a local community center. I hardly knew what I was doing, but with a handful of dedicated students and over several seasons, I began to learn how to teach and what to expect. From there I went on to teach for over four years at the college level, this time with 20 students a semester. I learned to devise writing lessons, run workshops, deal with different communities of students, and revise my teaching practices. Today I’m so lucky to teach at Vermont College of Fine Arts where I get to work with graduate students who are all committed to writing for young people.

My writing journey has shown me that it’s important to keep developing and updating your skills, even when you’re not publishing. It might be teaching, another area of writing, or a completely different passion or interest. I’ve also learned to expect that you can’t accomplish everything you want, and not all at once. Time can make you a different person and a better one. After twenty-five years, I’m not just a published author but a teacher, wife, and parent of two children. 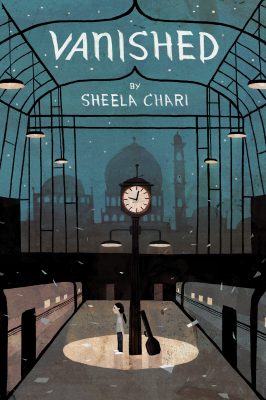 Until Vanished, I was an unabashed pantser. I began my stories the night or two before they were due in college and graduate school, and then wrote until the early hours of the next morning to produce an “inspired” story written “in the zone.” After I became a parent, I had to throw this process out the window and discipline myself to write a little bit every day.

This structure has allowed me to write, revise, and publish in a far more meaningful way. I’ve also learned to rely on outlines, even going back to the early practice of beginning, middle, and end. This simple organizing principle has helped me plan better and stay on track when working on a new project.

Today, I use a combination of pantsing and outlining. I generally allow myself the freedom to explore a story for the first 50 pages or so. By then, when I have a better sense of the story, I begin a simple outline that describes the beginning, middle, and end in bulleted form. This outline grows more complex over time as I keep working on my novel. 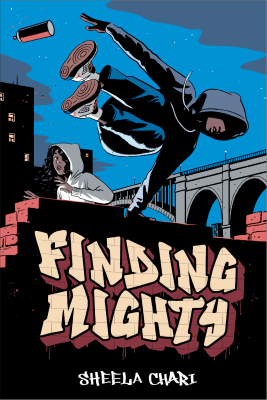 What’s been the biggest surprise about the author life?

So…while I thought being a published author was all about the thrill of having your work read by people you don’t know around the world (I still am surprised to read about someone on Goodreads who lives in Singapore and has read one of my books), it’s the writing-every-day part of my life that has surprised me the most. The routine is the best part!

I do know that when I was a young parent, this routine was harder to come by. Little kids don’t always nap, they fall sick, and just require so much of your undivided and unstructured attention. Parent writers will have to learn to weather the uncertainty of those early years and know that it really does get better.  It does.

Writing regularly was a practice I had to fight hard for, and now it’s a habit that sustains me. This is the biggest surprise and has been the best part of being an author.

Sheela Chari is the author of the upcoming Karthik Delivers (Abrams, 2022); The Unexplainable Disappearance Of Mars Patel (Walker Books, 2020) series, based on the Peabody Award-winning mystery podcast; Finding Mighty (Abrams, 2019), a Junior Library Guild Selection and Children’s Choice Award Finalist; and Vanished (Hyperion, 2011), an APALA Children’s Literature Honor Book, Edgar finalist, and Al’s Book Club Pick on the Today Show. Sheela has an MFA in Fiction from New York University, and is a faculty member in the Writing for Children and Young Adults MFA program at Vermont College of Fine Arts. She lives with her family in New York. You can visit her online at www.sheelachari.com. 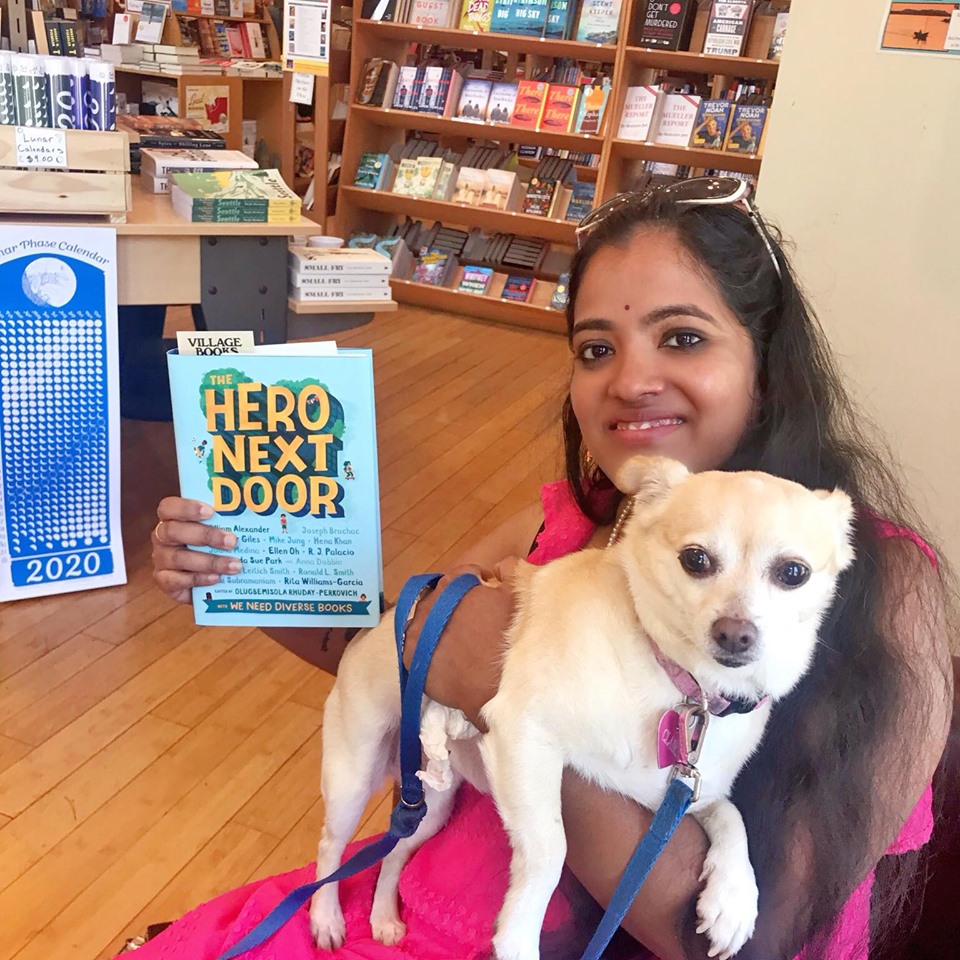 Suma Subramaniam is the contributing author of The Hero Next Door (Penguin Random House, 2019). She is also the author of Centaurs (Capstone, 2021), Fairies (Capstone, 2021), She Sang For India: How MS Subbulakshmi Used Her Voice For Change (Macmillan FSG, 2022), and Namaste Is A Greeting (Candlewick, 2022). She is the Chair of the Children’s Internship Grant Committee at We Need Diverse Books and Mentorship Program Coordinator for SCBWI Western Washington. She hires tech professionals for a leading software company during the day and is a writer by night. Suma has an MFA in Creative Writing from Vermont College of Fine Arts and degrees in computer science and management. Visit her website at https://sumasubramaniam.com.