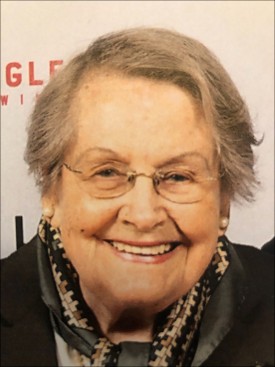 Obituary: Marianne Carus by Shannon Maughan from Publishers Weekly. Peek: “The Caruses began to field requests from teachers for additional high-caliber literature, but in an even shorter format. Marianne’s research for such content sparked the idea for launching a children’s literary magazine to publish the work of contemporary writers, poets, and artists.”

Marianne Carus, 92, Dies; Created Cricket Magazine for the Young by Clay Risen from the New York Times. Peek: “Ms. Carus published several anthologies of Cricket stories, and in the early 1990s, launched three more titles, aimed at different ages. She ran the magazine out of a book-filled warren of offices above a downtown bar, and later out of a repurposed clock factory.”

Marianne Sondermann was born in Dieringhausen, Germany on June 16, 1928; the second daughter to parents Dr. Guenther Sondermann, an opthamologist,  and Elisabeth Gesell Sondermann, a nurse. Carus grew up in nearby Gummersbach and though she was fond of her parents’ professions, she never wanted to follow in their footsteps. Instead, she had a passion for books and literature.

In 1944, when Carus was age 15, World War II would call her and her family to serve in the western front with the rest of her high school classmates. Carus and the other female students would spend five months preparing food for their male classmates who served in the trenches. Her father also worked as a medical officer during this time.

In 1949, during her time at the University of Freiburg, Carus met her husband, German-American Milton Blouke Carus. Soon after, Milton was summoned home to Illinois to support the family business and Marianne followed. The couple married on March 3, 1951; and then moved to the small town of LaSalle, Illinois; where they started a family. Marianne became a mother to three children: son André, born in 1953, and daughters Christine, born in 1958, and Inga, born in 1959.

The idea for Cricket Media was born after Carus’ son returned home from school with literature that she felt was subpar and of poor quality. Soon after, Carus and her husband began to develop educational materials that focused on reading, literature, and language arts for children. They developed a network of writers, educators, and artists that would later become valuable resources when forming what is known today as Cricket Media.

Carus is survived by her husband, children, and four grandchildren.

As news of her death broke, many in the children’s literature community responded. These responses included a tweet from her beloved publication, Cricket Media. 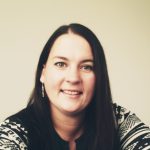