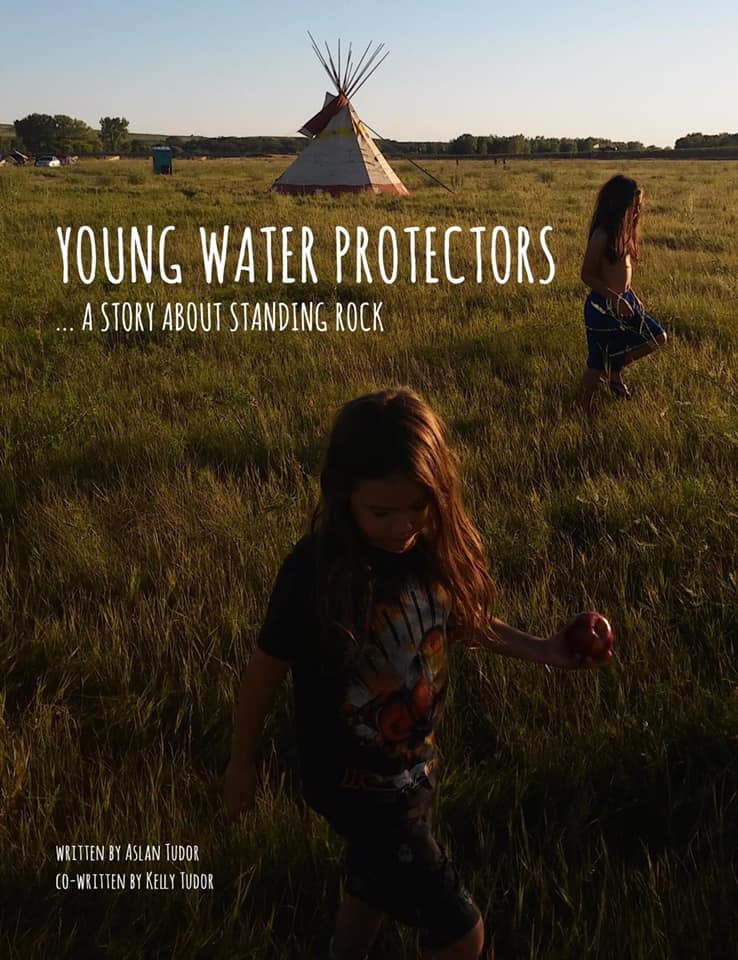 At age 8, Aslan Tudor arrived in North Dakota to help stop a pipeline. Aslan and Kelly’s book, Young Water Protectors (CreateSpace Independent Publishing Platform, 2018), is about his experiences in the Oceti Sakowin Camp at Standing Rock.

“Learn about what exactly happened there, and why. Be inspired by Aslan’s story of the daily life of Standing Rock’s young water protectors. Mni Wiconi…Water is Life.”

Today, Aslan and Kelly discuss the real-life events behind the book and more.

AT: I am a young reader, and I thought it would be a great idea for there to be a book about this for younger people. There were no other resources out there about Standing Rock for young children [at the time].

KT: I have homeschooled my children from the start. With my experiences as a Native kid in public education and then diving into the homeschool world, I became more and more frustrated with the lack of resources for and by Native people. There were so many terrible resources out there that people relied on.

I started writing educational materials for my own children and then decided to develop curricula for non-Native families to learn about us in accurate and respectful ways. When Aslan was 10, we got into a conversation because he didn’t understand why so many of his friends had never heard of Standing Rock. We had been there several times when he was 8 and 9 and then marched in D.C. for Standing Rock in March of 2017. It was a big part of 2016 and 2017 for him. So I said to him “you should write about it,” and he enthusiastically said “Okay!” He loves reading, so he was excited to write his own book. 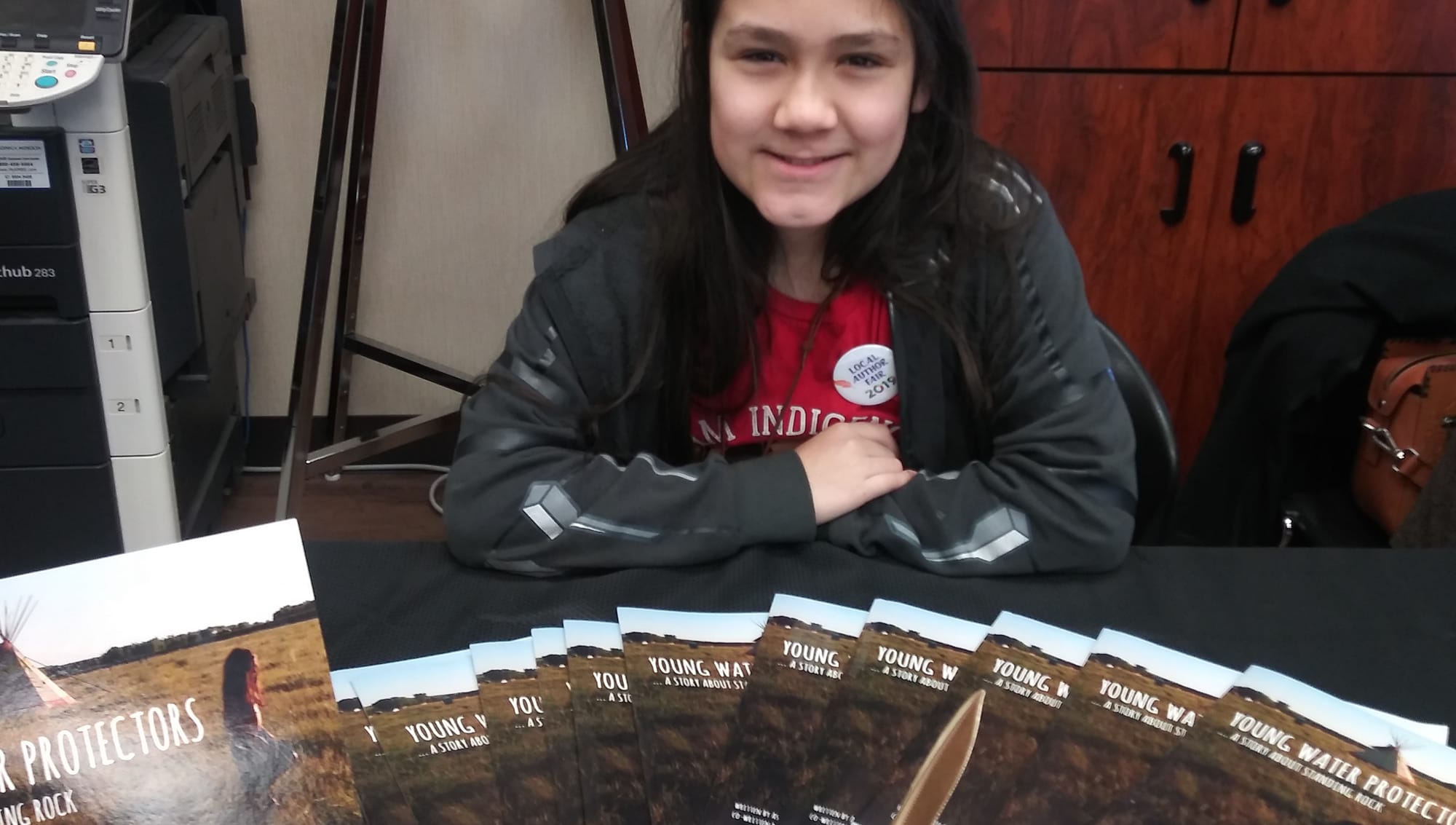 What was the spark that led you to focus on the activism of Native youth in your writing?

AT: I’ve been an activist all my life and thought books about young activists should be out there. The books are about myself and my activism.

KT: I have been an activist since my early teen years. My children have been raised in Native rights movements. They are fourth generation members of the American Indian Movement. The first book, Young Water Protectors: A Story About Standing Rock (CreateSpace Independent Publishing Platform, 2018), was about Aslan’s experiences and perspectives of what happened at Standing Rock.

He wanted kids to know about what had happened there and why. We worked together so I could help him with the process and some of the details, but the story was his. His second book, Young Native Activist: Growing Up In Native American Rights Movements (Eaglespeaker Publishing, 2019), is entirely his own. I did not write any of that book, but I still helped him with the photos and the process. It was a natural follow up to Young Water Protectors. His publisher had been asking if he would write more, and he decided his activism beyond Standing Rock would be a good topic. 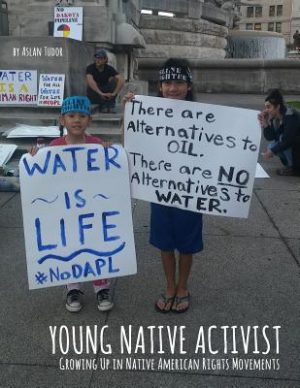 What is it like to collaborate on a book? Do you ever disagree during the creative process? How do you navigate that? 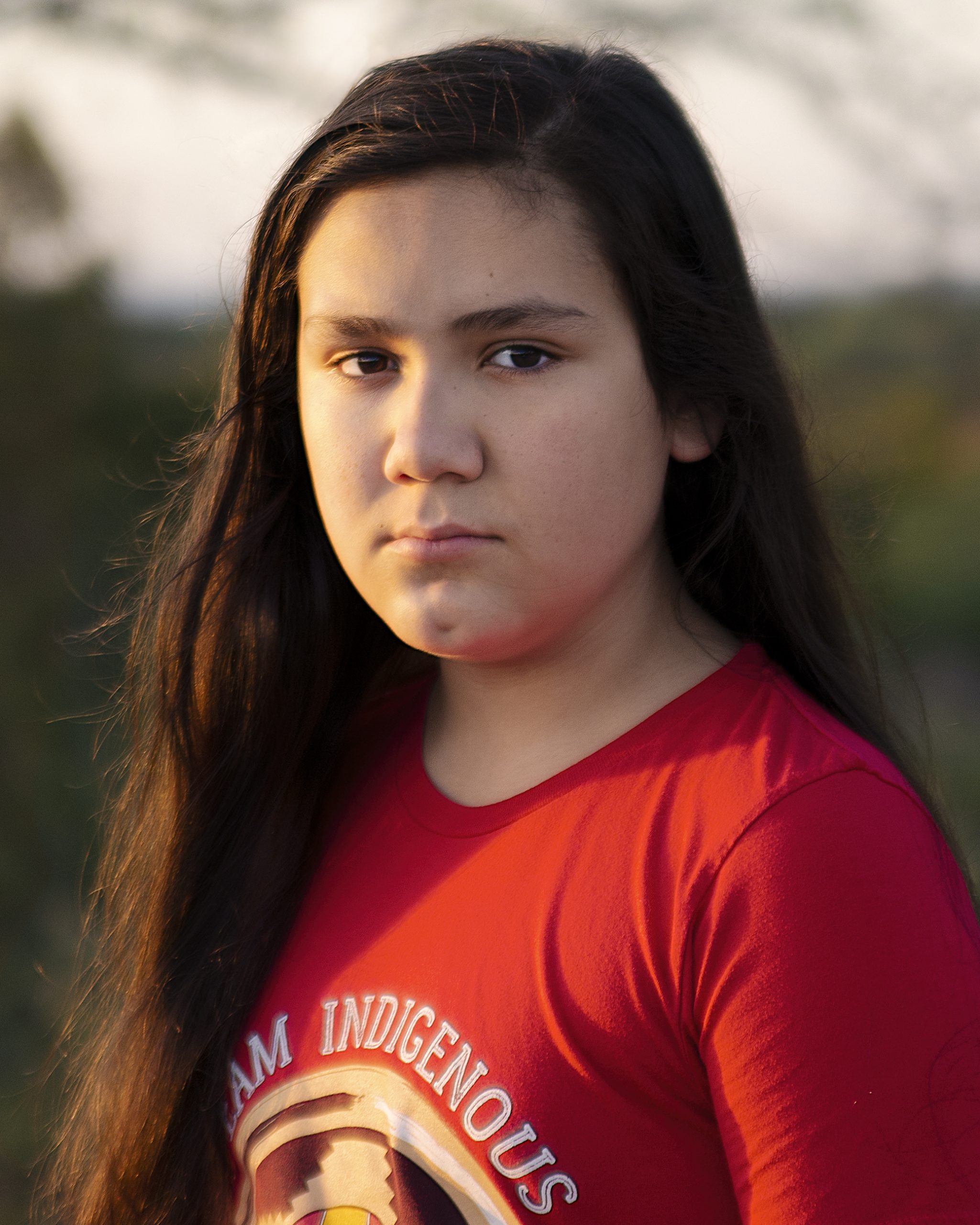 KT: We decided to write Young Water Protectors together, but I tried to take a backseat to his story. I wanted it to be his words and from his perspective. He told the story almost entirely on his own. He needed me to fill in some of the more specific details about the camp itself (like the last page of the story). We went through all of my photos from our time there and put together an idea of what we wanted the book to be. He picked photos to go with his story. As a Native kid at 10 years old he understood concepts like unceded treaty land and wanted to explain that to kids, so the backstory of the People, the land, and the pipeline was all his, too.

For the second book, he needed my help with photos and the book layout, but he wrote that one himself. He doesn’t type well, so he dictated his stories to me and I typed. Sometimes I had to help with the grammar and syntax.

We didn’t really disagree on anything, but sometimes I would make suggestions he didn’t like. I let him have control of the creative process, so what he said was what we did. I really enjoyed helping him learn to express himself through writing books. He is now 13 and hasn’t written this year, but he wants to collaborate with me on a series of children’s books that I am working on, so we’ll see what happens. 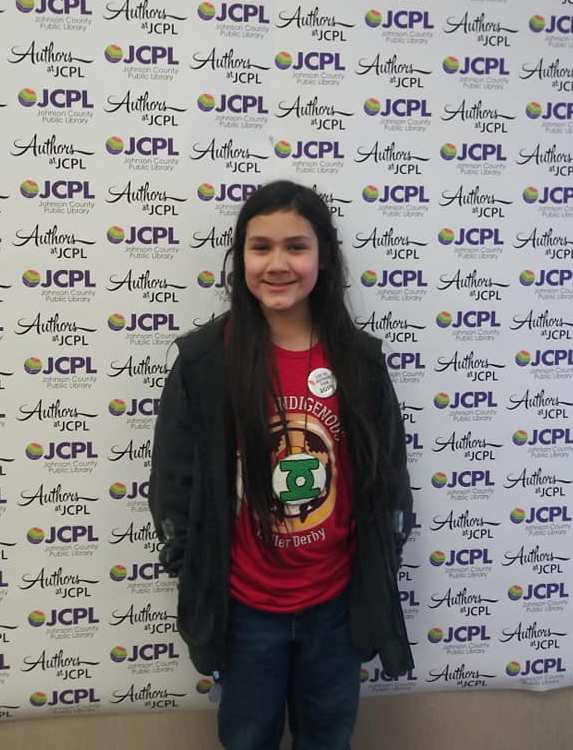 Aslan is a citizen of the Lipan Apache Tribe of Texas and has been raised in his culture. He is a fourth generation member of the American Indian Movement. He has been involved in Native rights activism his entire life. He became the youngest published Native author on record (that we know of) at the age of 10.  He is 13 years old and has published two books. Aslan is a grass dancer and drummer. He plays hand drum, powwow drum, and drum set.

He is an actor as well. He wants to help represent Native people well in film. He has been in local stage plays, a music video with Frank Waln, and a movie about Standing Rock as a background actor. He is a total bookworm and likes to buy new books whenever he can. He also loves DC Comics, video games, and punk rock music. He was bullied severely when he was little for having traditional (long) hair. After cutting his hair due to the bullying, he grew it out again and hasn’t cut it since. He tries to encourage other Native boys to keep their hair long as well. 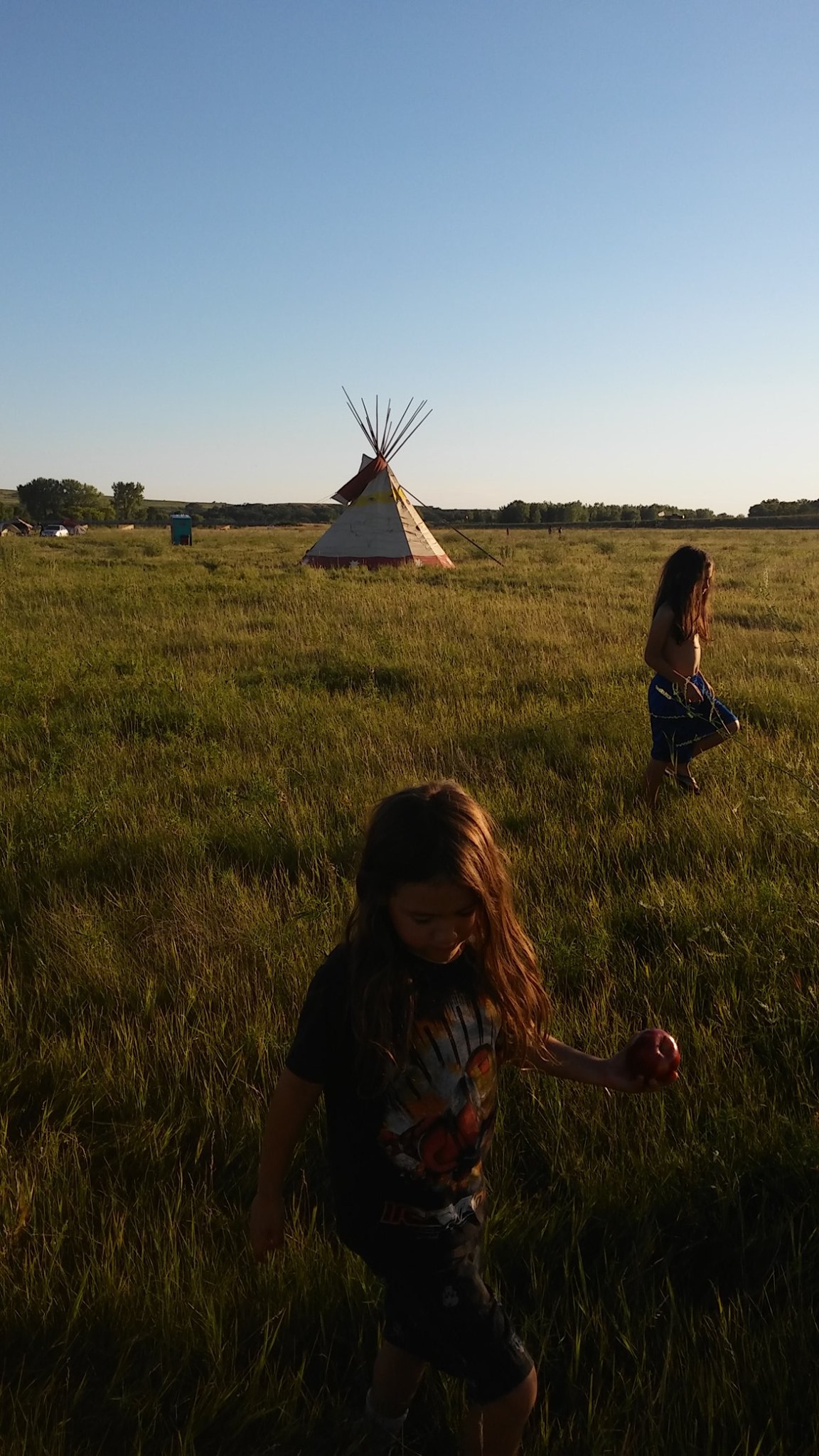 Kelly says, “I am a citizen of the Lipan Apache Tribe of Texas. I have been involved in my local and tribal (Lipan) Native communities my entire life and a Native rights activism since my teens. I am a third generation member of the American Indian Movement. I was the co-chairman of AIM IN-KY in 2018 and 2019. My grandmother was sold out of Texas in 1929, so I finally moved home to Texas in 2019. I homeschool my children and spend a lot of time with educational resources. I have been teaching about Natives, both past and present, for many years now. I have been hired at historic sites, libraries, museums, and various events to teach children and adults.

“I am a paid consultant with multiple curriculum companies to help develop better education about Native Americans within their curriculum as well as remove problematic and inaccurate resources. I teach seminars to educators as well. I run a blog to review the Native content in educational resources. I am a member of a committee in Texas to help develop a Native American studies curriculum for the state’s ethnic studies courses in high schools statewide. I see problematic and inaccurate information in textbooks and children’s literature all the time. Raising Native children, it became a passion of mine early on to help eliminate these issues in education.” 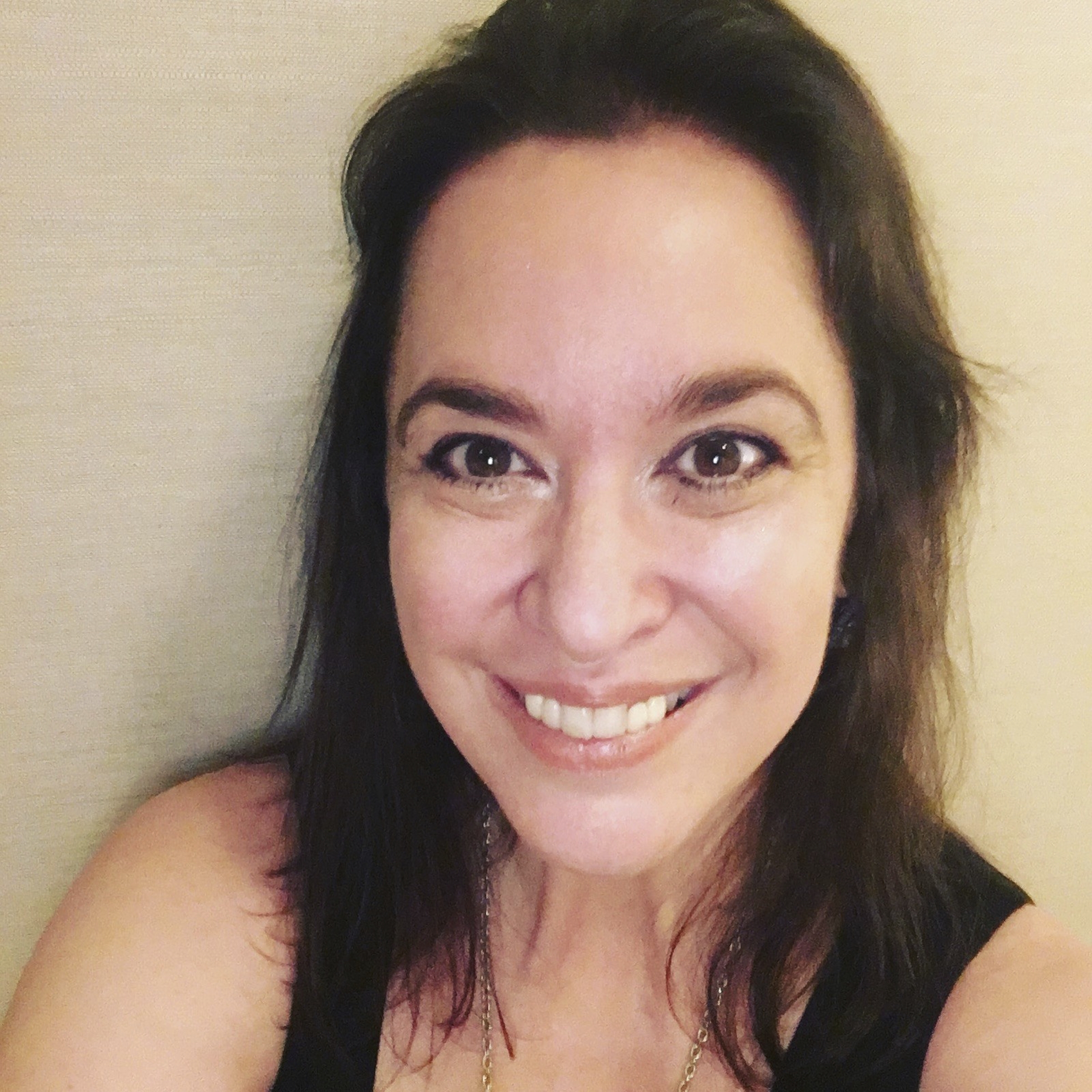 Cynthia Leitich Smith is the 2021 NSK Neustadt Laureate and a New York Times bestselling author of books for young readers, including HEARTS UNBROKEN, which won the American Indian Library Association’s Youth Literature Award. Her 2021 releases are the middle grade anthology ANCESTOR APPROVED: INTERTRIBAL STORIES FOR KIDS and novel SISTERS OF THE NEVERSEA.

She is also the author-curator of Heartdrum, a Native-focused imprint at HarperCollins Children’s Books, and serves as the Katherine Paterson Inaugural Endowed Chair on the faculty of the MFA program in Writing for Children and Young Adults at Vermont College of Fine Arts. Cynthia is a citizen of the Muscogee (Creek) Nation and lives in Austin, Texas.