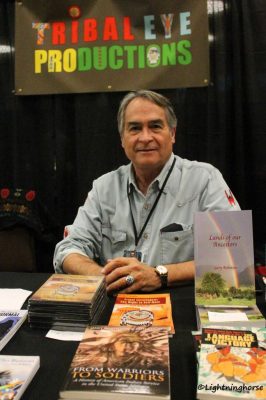 Today, I’m happy to chat with award-winning Choctaw and Cherokee author Gary Robinson. He is also a film maker and digital artist. His young adult book Standing Strong (7th Generation Books, 2019) is part of the Pathfinder series and won the 2019 Moonbeam Children’s Book Gold Award. Congrats on all your accomplishments and accolades, Gary! 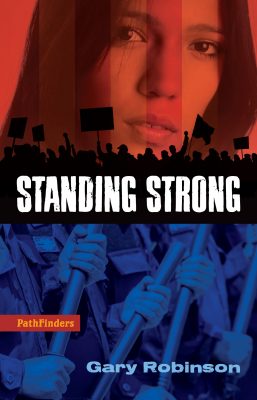 “Like some other Native American teens on Montana reservations, Rhonda Runningcrane attempted suicide. To her, life seemed bleak and pointless. But when she learns that donations are needed to support a large protest against an oil company running a pipeline through sacred Native land, something inside her clicks.

“Unlike her friends, Rhonda is inspired to join the fight, even though she knows it could be dangerous.

Using skills she learned from her uncle, Rhonda becomes part of the crew that keeps the protesters’ camp running. With inspiration from a wise Native elder, the teen commits herself to an important cause, dedicating her life to protecting the sacred waters of Mother Earth.”

What was your inspiration for writing Standing Strong?

The world seemed to be captivated by events as they unfolded on the Standing Rock Sioux Reservation during the Dakota Access Pipeline (DAPL) protests there. Protestors literally came from all over the world to protest the pipeline’s construction across a major water source for the tribe and wildlife in the area. I followed the news about the whole affair quite closely. The son of one of my neighbors here on this California reservation even traveled to the North Dakota encampment to take part.

When I’d come across news stories on the protests or feature stories about some of the individuals involved, I saved them to a folder on my desktop. I knew I wanted to respond to this historic moment in some way, either on video or in print.

When military personnel forced the protests to end, and the story was over, I printed out all the news pieces I had collected and put them in a three-ring binder. A couple of the articles focused on how Native youth, particularly Native females, had come to the forefront of the protests, calling themselves Water Protectors. I came to the conclusion that I should create a Native teen novel around this story, using a Native teen girl as the protagonist.

As an older Native man, I was at first reluctant to step across the gender divide to attempt to tell such an important story from that perspective. I pitched the book idea to 7th Generation, and they loved it.

One of the challenges was to determine how factual to be in my story. How would I blend the real events with my fictional story? I chose the Blackfeet Indian Reservation as the home base for my main character for a couple of reasons. First was the fact that I’d traveled to that part of Montana more than once to research and film a television documentary about Native American service in the U.S. military. Second was the number of contacts I still had on that reservation who could help me with research. Third was the first-hand knowledge I had of specific locations in that community.

Once I’d settled that issue, I moved on to creating the main character, Rhonda Runningcrane, and her family. That’s when I decided to fold into the story another very real issue faced by many reservations on the plains: teen suicide. The suicide rate among Native youth in the region is at least twice that of the non-Native population. The causes of this phenomenon are multiple, including historical or intergenerational trauma.

I knew about historical trauma in Native communities because of the documentary I had just produced, Hearing the Truth about Historical Trauma. Working with cross-cultural psychiatrist Dr. Donna Schindler, I learned much about this widespread negative psychological reality.

As I worked on that book I became more and more excited about its potential impact on readers. I’ve been very gratified with the reviews, including the Best Books of 2019 rating from American Indians in Children’s Literature (AICL).

The worst moments of my publishing journey were all those years I could not get published or produced. Never having taken any writing courses in college, I first began teaching myself to write fiction in the form of movie scripts. Writing about what I was passionate about, Native American stories and characters, I learned that mainstream movie industry was not interested in making movies about contemporary Natives.

Later, I began adapting my movie scripts to short novels. That’s the path the Thunder on the Plains (7th Generation, 2013) took. First, I wrote it as a movie treatment, then expanded it into a script. Finally, I converted it to prose. 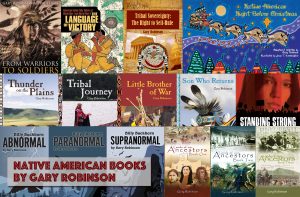 But that conversion didn’t happen until I had decided to transform a series of one-hour television documentary scripts about the history of American Indian service in the U.S. military into a nonfiction book. I wrote that book, From Warriors to Soldiers (co-authored by Phil Lucas, Tribal Eye Productions), and published it with the help of a $2,500 grant in 2008. That was my first book.

One of the best moments in my publishing journey was when I completed the three-book historical novel series Lands of our Ancestors (Tribal Eye Productions, 2016-2019). I started that project in 2015 when I learned that the Pope was about to canonize Father Junipero Serra, the founder of California’s Spanish Missions. This man and his missions were despised by a vast majority of California Natives because of the brutality their ancestors had experienced in those institutions.

In California, the state’s history is taught in fourth grade, and for several decades the classroom materials on the subject falsely glorified the Spanish padres, the Mexican ranchers, the gold rush miners and early state founders. With my experience writing teen novels, I felt I could offer an alternative version, a more historically correct version.

So, with input from the local tribe, I proceeded to write the Native version of the state’s history. The books follow three generations of a Chumash Indian family through the major phases of that genocidal history. The most gratifying part of that whole process was seeing the heart-felt responses to the books from teachers, students, parents and Natives, along with the glowing reviews the books received.

That outpouring let me know that my work was having real world consequences, that both Natives and non-Natives appreciated being told the truth about their history. 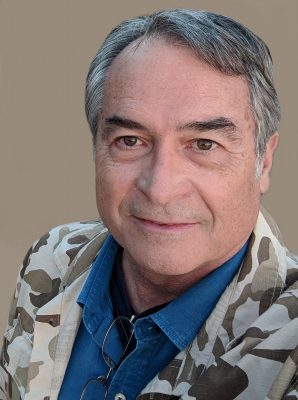 Gary Robinson is a seasoned writer/author, filmmaker and digital photographic artist of Choctaw and Cherokee Indian heritage with experience in many aspects of television production, research and script writing, as well as fiction and nonfiction writing and publication.

Much of his work has been about or on behalf of American Indian tribes, organizations and businesses, creating documentaries, informational video programs, books and educational materials on the histories, cultures and contemporary issues of indigenous peoples.

Since 2015, he has done intensive research, writing and presentations on the topic of California History from a Native American Perspective.

One of his most recent books, Standing Strong, is a short novel about a suicidal Native teen girl whose life is transformed when she takes part in an oil pipeline protest to protect sacred Native land and water. Published in July by 7th Generation/Native Voices Books, the book won the 2019 Moonbeam Children’s Book Gold Award for Fiction/Mature Issues and was named one of the Best Books of 2019 by American Indians in Children’s Literature.

Earlier 2019, Robinson finished his Lands of our Ancestors historical novel trilogy, which follows three generations of a Chumash family as they face the perils of California’s mission era, Mexican Rancho period, the Gold Rush and early years of statehood. This book was approved by the Chumash Culture Department and the tribe’s Elders Committee, and was tested in several classrooms for teaching California history.

In 2015, Robinson’s short animated film “We Are All Related” won Best Animation at the 40th annual American Indian Film Festival in San Francisco.

In 2014, he was the Co-Producer of a one-hour PBS documentary titled Healing the Warrior’s Heart, which examines ways traditional Native American warrior spirituality is being used to heal all veterans suffering from PTSD. This production was broadcast in 2015. Over the years, he has written, produced, directed, shot and/or edited more than 100 video/television programs for and about American Indian people and published 18 Native American books. He earned a B.A. in Film Production and an M.A. in educational media from the University of Texas in Austin. He currently lives in central California.