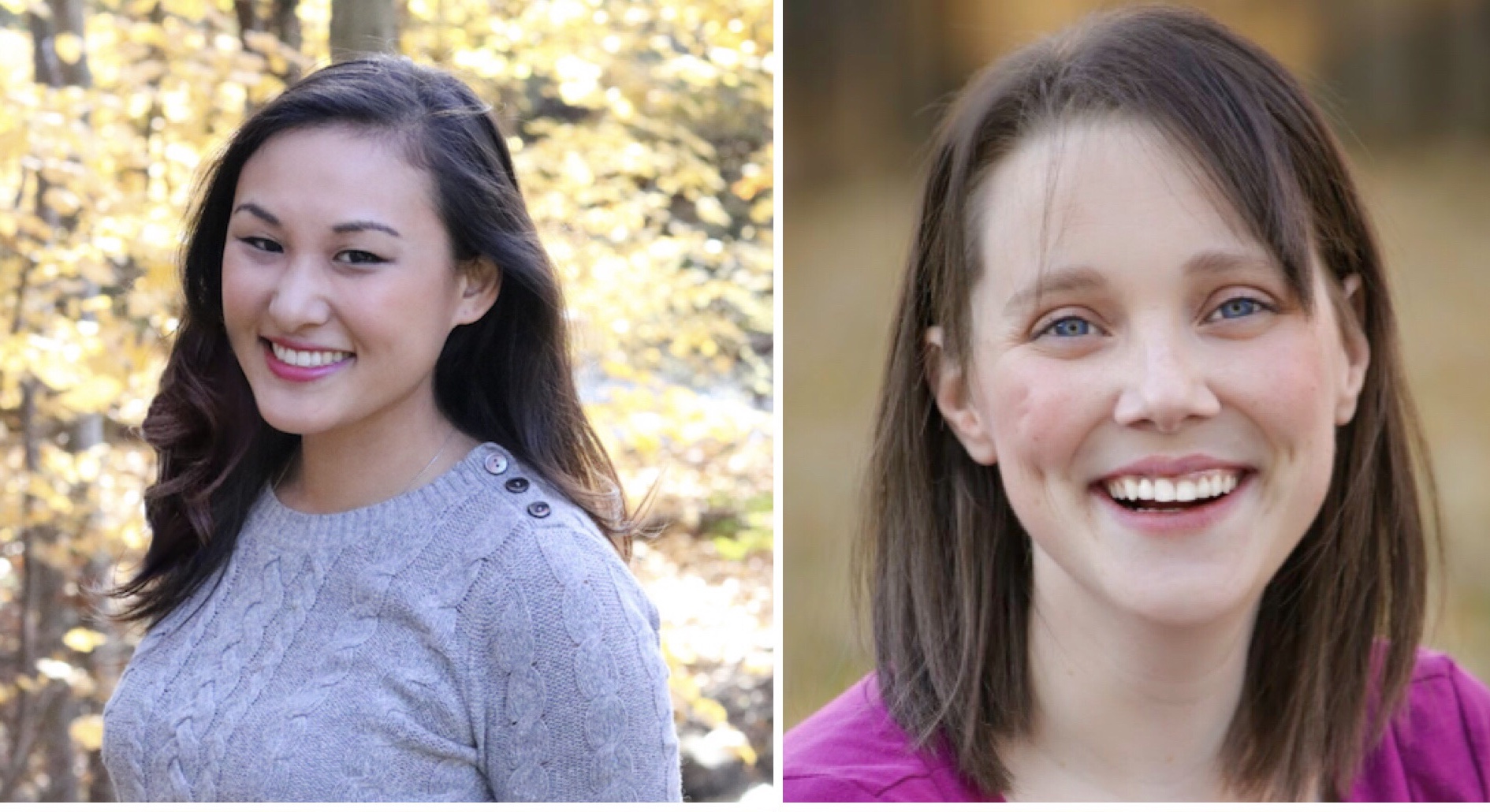 Today we welcome debut YA authors Kat Cho, author of Wicked Fox (Penguin Teen, 2019) and Olivia Hinebaugh, author of The Birds, The Bees, and You and Me (SwoonReads, 2019).

They discuss their paths to publication and emphasize the importance of reading to their writing apprenticeship. 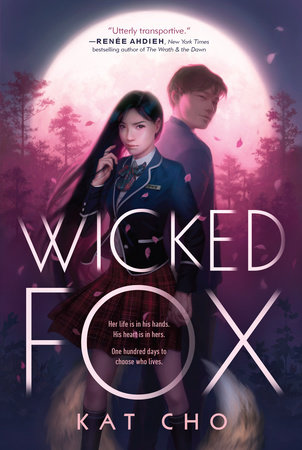 I became a part of the online writing community via Twitter, which really opened me up to gain amazing insights and advice from writers who had been there before. So, when I heard about a diverse twitter pitch event called #DVPit, I was very intrigued.

I actually wasn’t going to participate at first, but to see so many diverse writers celebrating each other and connecting with agents and other authors, I knew I couldn’t pass up the chance to pitch Wicked Fox.

It was a huge confidence boost to see all the likes on my pitch (especially because I had failed miserably in my previous querying attempt on a past manuscript).

Once it was time to do the nitty gritty of writing a query letter and choosing which agents to query, I used tools like Query Tracker, Pub(lishing) Crawl, and Absolute Write Water Cooler. It was invaluable to have such great resources to make sure I was presenting myself and my story in the best way possible!

After signing with my agent, I revised the manuscript more with her. I am really grateful for the time we took to make the story better because it grew by leaps and bounds with her guidance.

Once it was time to go on submission, she made a list of all the houses and editors she thought would be the best fit for the manuscript. At this point, all of my anxiety took over. It was really hard to know that editors were reading and analyzing my book to see if it was worth purchasing and publishing. But I do honestly believe (with hindsight) that if an editor wasn’t able to throw 110 percent support behind the manuscript it would never have succeeded. So even though rejection was a hard pill to swallow, it was for the best every time an editor stepped aside.

And in the end, I found the perfect publisher and editor for my novel. Someone who not only understood the story but the significance behind my inclusion of my diverse identity and culture. It was very important to find an editor who understood and championed that!

If I’m being honest, the best way to develop your writing is to just keep writing. Another thing I always did (even before I realized I wanted to write) was I read widely.

It’s great to read a lot in your own age category and genre (and is a pretty basic requirement for writing), but reading in other genres helps broaden how you see storytelling and whether I knew it or not, it was teaching me how to be a better writer.

I was also always willing to revise and develop the story. At first it was hard to “kill my darlings,” but I knew that if I wanted the story to be the best it could be, I had to be willing to let go of any element that wasn’t adding to the main goal of the story or plot.

Probably when I cried in front of Laini Taylor because I was so excited to meet her.

Find a community. The hardest part of writing and publishing is feeling alone sometimes (especially when you get rejected). But in truth, everyone is very friendly and wants to support each other.

I didn’t feel like I had truly found my footing until I met my critique group. They not only support my writing and provide invaluable advice and notes, but they support me through anything I experience during my publishing journey. It also helps that many of them are going through the same thing, so I know they innately understand my issues when I bring them to the group.

I’d also tell everyone to read all guidelines and present themselves in a professional manner. Even though our stories are highly personal, this is still a business. So, make sure you’re being polite and professional in every interaction you have with a potential agent or editor who you think you could work with on your story.

I would have tried to let go of my innate awkward shyness so I could make connections with other writers. I let my own insecurities and introvert tendencies hold me back for a long time even when I went to in-person events. But as soon as I let myself start being more social, I learned that people in this industry are really friendly and it made it easier for me to exist within the space after I knew a few people.

Another thing that I’d do differently, is realize that everyone who works in publishing is also human and a fan of stories. It’s so easy to be intimidated by agents and editors, but they are always looking for a good story. They want your manuscript to be good.

It allowed me to celebrate so many aspects of the world I was writing. I was able to savor the food as I described it and enjoy explaining how beautiful the city of Seoul was to me. It was something I never thought I’d read in a book, so when I was given the opportunity to write it, I had fun including small details of my own culture and the country my family came from. It helped to make the process feel special. 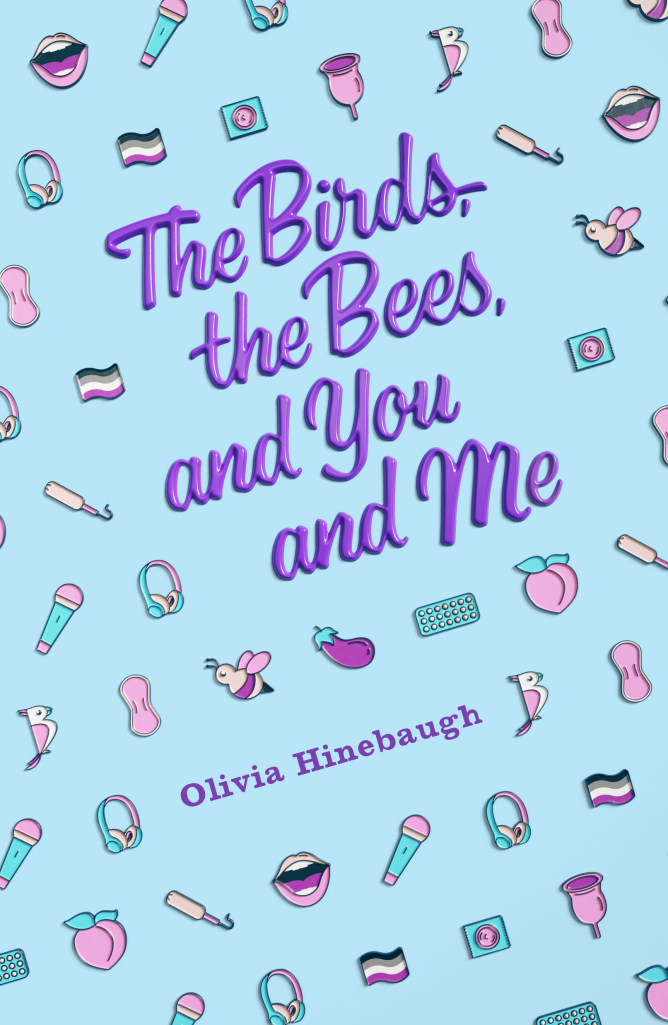 The Birds, the Bees, and You and Me is so much of me in story form.

It’s not autobiographical exactly, but I poured in a ton of things that are important to me. The first seed of an idea was an underground high school midwife. Like, delivering a baby at prom. But the more I started to flesh out the idea, the more peripheral childbirth became.

It’s still a big part of the story, but now it’s about sexual health and feminism.

Lacey, the main character, is interested in childbirth. She wants to help pregnant and birthing people, but she also just wants to help her peers learn about safer sex and consent in a school where these things aren’t taught. But she also wants to hang out with her friends, fall in love, and play music.

I think I started writing YA because the characters were the same age I was when I started writing for fun. As a high-schooler, I wrote realistic fiction, fan fiction, and fantasy. I kept it all very secret, aside from allowing some of my best friends to read.

I like all kidlit, and I hope to one day be an author for younger children as well. But there is something sort of magical about writing YA. You can play with big ideas, and the characters are just stepping into the people they are.

I think of teenager-me and how little confidence I had—particularly in being a writer—and I just write some of the things I would have wanted to read, or what would have been helpful to read.

The biggest thing that has helped me be a better writer is reading. There’s a reason that advice is almost cliché. But I really wasn’t a big reader for most of my life. There were books here and there that were really impactful, but I never had a big pile of books I wanted to read. I was way more into other kinds of storytelling.

I loved movies and plays. So, the first type of writing I really studied was playwriting and screenwriting. I think that that gave me a medium I was more comfortable with in order to tell a story. I wasn’t confident about my prose, but I was confident about my characters and their voices.

I graduated college having built my own major from playwriting, theater, and fine arts. (I actually went to school as a music major, but that was about the only thing I didn’t study much of in college). I knew I loved creating. It wasn’t until I was about 25 or 26 that I even considered trying to write a book. That first novel I wrote was full of mistakes. Either I was trying too hard, reaching for words, and aside from dialogue, I really don’t think I had a very strong voice. Every subsequent book, writing the prose has gotten easier. I hope, of course, that it’s also getting better.

Well, my mom had a lot more confidence that I would get published than I did. I’ve actually been very pleasantly surprised at how excited my non-publishing friends are! I think knowing your name is going to be in a bookstore is pretty big news. Of course, I get the “how are sales?” questions and the “why does it take so long for a book to come out” questions, but I also get a lot of squeeing and a lot of very sweet pictures of friends from all over with my book.

In terms of publishing, how did you navigate the process of finding an agent, and, with their representation, connecting your manuscript to a publisher?

I was unagented when I submitted The Birds, the Bees, and You and Me to SwoonReads. I did, however, sign with my current agent shortly after I had the book deal, but I queried him with picture books.

This is my third agent, so it hasn’t been a straightforward path at all, but I know very few writers who have had straight paths. I had gotten to a point where I was sitting on a lot of completed manuscripts but not a clear way forward.

I made a decision for 2017 to be the year I put it all out there, and that’s when I submitted to SwoonReads, got my book deal, and then found my agent. Putting it all out there worked! 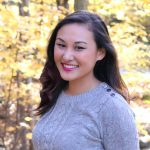 Kat Cho used to hide books under the bathroom sink and then sneak in there to read after bedtime. Her parents pretended not to know. This helped when she decided to write a dinosaur time-travel novel at the tender age of nine. Sadly, that book was not published.

She currently lives and works in New York City and spends her free time trying to figure out what kind of puppy to adopt.

Kat’s YA contemporary fantasy, Wicked Fox (out with Putnam Books for Young Readers/Penguin), is her debut. 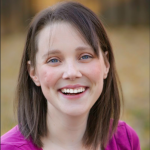 She lives near Washington, D.C. with her spouse, three kids, a dog that looks like a coyote, and a one-eyed cat. The Birds, the Bees, and You and Me is her debut novel.