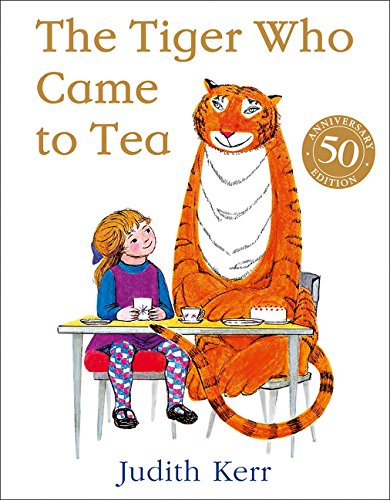 Judith Kerr, beloved and inspirational author and illustrator, died May 22 at home after a brief illness. She was 95.

“She was still producing stories and illustrations well into her 90s.

Best known for The Tiger Who Came to Tea and a series of picture books about Mog the cat, she combined great skill as an illustrator with a wry way with words.

She had an ability, which never left her, to see the world from a child’s perspective.”

Ann-Janine Murtagh, executive publisher at HarperCollins Children’s Books, said of Kerr in a Facebook post, “Her incisive wit and dry humour made her both excellent company and a joy to publish. She embraced life as one great big adventure and lived every day to the full.”

Kerr, born in Berlin, Germany; on June 14, 1923, fled with her family when the Nazis came to power. Her father, Alfred Kerr, a well-known and widely-read theater critic debunked and criticized Nazi ideology. After a tip that Nazis planned to confiscate her father’s passport, he fled within hours. The family soon followed and settled in England. 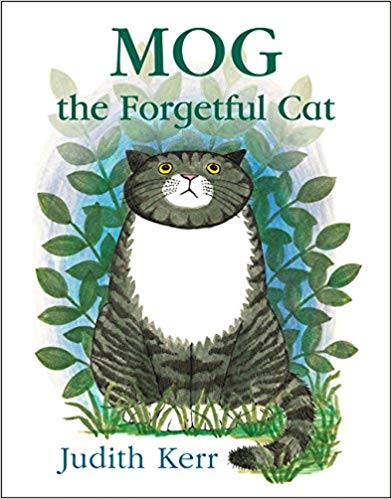 Her first book, arguably her most popular book, The Tiger Who Came to Tea (HarperCollins, 1968) has been in print for more than 50 years. Her Mog the Cat series (HarperCollins) has sold over 3 million copies and also has never been out of print.

Her autobiographical trilogy Out of the Hitler Time (HarperCollins), which includes When Hitler Stole Pink Rabbit (HarperCollins, 1971) chronicles her childhood during the rise of Hitler to her return to Berlin after the war.

According to her obituary in The Washington Post, her son’s response to “The Sound of Music“—“Now we know what it was like when Mummy was a little girl.”—inspired her to write her experiences.

Today, German and British primary schools use When Hitler Stole Pink Rabbit to introduce young children to World War II, the Holocaust, and the refugee experience. 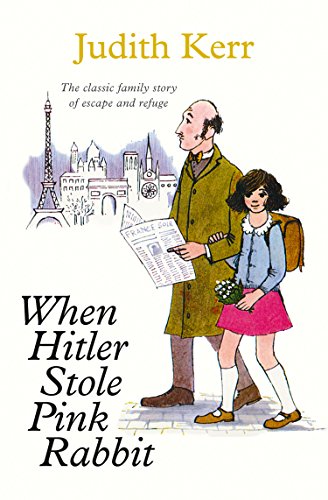 Her newest book, The Curse of the School Rabbit (HarperCollins, 2019), will be out next month.

UK Waterstones Children’s Laureate author, Lauren Child paid tribute to Kerr on BBC, saying, “She was so interested in other writers and illustrators and always was asking questions, not one of those people who expected people to talk all about her, even though she was incredibly interesting and talented. She always wanted to know what everybody else was doing.”

Philip Pullman, Malorie Blackman, Katherine Rundell, David Wailliams, and Benji Davies are just a few of the people who took to social media to pay tribute to and remember Kerr and her work as news of her death broke.

Kerr was named Illustrator of the Year at the British Book Awards earlier this month. In 2016, she was awarded BookTrust’s Lifetime Achievement Award. She was appointed Officer of the Order of the British Empire in 2012 “for services to children’s literature and Holocaust education.”

“I think the business of the Holocaust, the one and a half million children who didn’t get out… I’ve had such a happy and fulfilled life….I hope I’ve not wasted any of it.

“I try to get the good of every bit of it because I know they would have done…if they’d had the chance.”