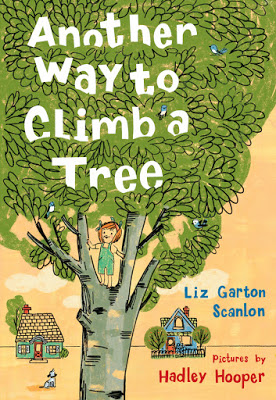 Five Questions for Liz Garton Scanlon, Author of Caldecott-honored Book from the Writers’ League of Texas. Peek: “I think in my transition from poet to children’s author, the biggest leap was, ‘Why does something always have to happen?’ I’m only sort of kidding. I felt so bullied by plot. But I’ve come to a much fuller understanding of where good plot originates — from deep inside a character…”

Devdutt Pattanaik on Telling All Kinds of Stories to Children from Kitaab World. Peek: “Morals and values come from parables, not mythologies. Mythologies provide a framework to make sense of life. Most people confuse the two.”

Writer Monique Gray Smith Takes Readers on Reconciliation Journey Across Canada by Emilee Gilpin from The Tyee. Peek: “As soon as we get into judging another person’s journey, we get into that colonial mindset about what’s right and what’s not right. I think it’s a personal journey for everyone and some people will never take it, Indigenous and non-Indigenous.”

Author’s Notebook: Kathy Kacer and Jordana Lebowitz on To Look a Nazi in the Eye by Barbara Krasner from The Whole Megillah. Peek: “I was intrigued with the notion of bringing a Nazi war criminal to trial in my time… I wanted to write about the trial but was struggling to figure out a way to do that for the young audience that I usually write for. Then I read an article in a local paper about Jordana and her trip to Germany to be an observer at the trial.”

Kelly Starling Lyons New ‘Jada Jones’ Chapter Book Series for Young Readers by Sarah Lindenfeld Hall from WRAL. Peek: “Children’s literature scholar Dr. Rudine Sims Bishop says that books can be ‘windows, mirrors and sliding glass doors.’ You can look through books into other lives. You can see yourself. You can feel like you’re transported into the story world. Readers need all of that.” 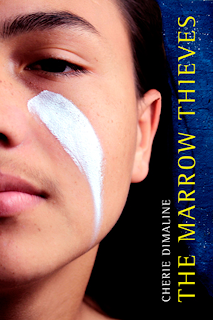 The Message YA Novelist Cherie Dimaline Has for Young Indigenous Readers by James Henley from CBC Books. Peek: “I wanted Indigenous readers to feel strong and powerful. I wanted them to see a narrative that actually is reminiscent of my own understanding of being an Indigenous person: That no matter what happens, you always belong to our land, we’re always going to belong to each other and we’ll seek each other out.”

Shenaaz Nanji and Ghost Boys by Adi Rule from the VCFA Launch Pad. Peek: “I, Queen of Melodrama, still make the mistake of writing dramatically. Sad people burst into hot tears….I know I must not run away with my emotions but I find it terribly hard to find the right balance of emotion; too little and readers feel no empathy for characters, but too much, and the scene becomes melodramatic.”

See also Will Alexander and a Properly Unhaunted Place from the VCFA Launch Pad. Peek: “American ghost stories are strange. Why? Maybe because of the way we look at history. Maybe because we teach history as though it were over. But history is happening. We are still haunted by it. We need to be haunted by it. Virginia Hamilton said that ‘the past moves me and with me, although I remove myself from it.'”

See also Martha Brockenbrough and Love, Santa! When You’re Ready to Share the Beautiful Trip About Santa from the VCFA Launch Pad. Peek: “She’d hinted around the topic for a while, so I asked her if she really wanted to know. She was emphatic. My response was posted on a blog, and then published by The New York Times, then it became a Facebook and Pinterest sensation (and someone with a weak sense of irony plagiarized it and made it religious).”

How to Be a 50% Mexican-American, 25% Puerto Rican, 25% White Girl by Samantha Mabry from YA Highway. Peek: “I thought my Mexican American grandmother was kind of weird with all her candles and pictures of Jesus on the walls, and I distanced myself from her. I spent my girlhood aware of my heritage, but much like the young woman in my signing line, I was disconnected from it. The older I get, however, the more it seems like my personal history–my cultures and my bloodlines –demands to be re-discovered.”

Getting Tweens To Think (and Act) Globally | Nonfiction Notions by Jennifer Wharton from School Library Journal. Peek: “I wanted to showcase books that would expand tweens’ ideas and knowledge of the world, especially about the experiences of kids from communities different than their own.” 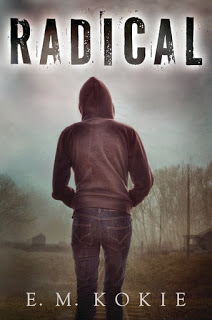 Looking for Queer Girls on the Shelves by E.M. Kokie from The Horn Book. Peek: “Compared to novels for young people featuring male queer characters, it has felt like novels featuring queer girls have lagged behind somewhat, often stuck in the tragedy and sadness of queerness. But the last two years, especially, have seen a bit of a girls-loving-girls boom in young people’s literature…”

The 2017 We Need Diverse Books MG Short Story Contest from We Need Diverse Books. Peek: “…Phoebe Yeh, VP/Publisher of Crown Books for Young Readers/Random House, has acquired publication rights to a middle grade WNDB Anthology titled Heroes Next Door. Olugbemisola Rhuday-Perkovich, advisory board member of WNDB, will edit the anthology, which will have a Fall 2019 release date.” Open to diverse writers who have not published a short story or novel. Entry deadline is Oct. 31, 2017.

Accept, Don’t Just Tolerate by Padma Venkatraman from Kirkus Reviews. Peek: “To eradicate religious stereotypes, we must break the silence surrounding them. Our nation is secular, but our culture is uncomfortable with public religious discourse.”

Historical Novels—Your Research To-Do List by Lydia Kang from Writer unBoxed. Peek: “Poach bibliographies. If nonfiction books are the trees, bibliographies are the roots. Dig deep, but be wary of interesting yet haphazard side trips that aren’t helpful for the task at hand. I used Archive.org often, which has free online books from the last several centuries.”

Chasing Bears by Eric Pinder from Around Concord Magazine. Peek: “Tell a story about an ordinary person or a dog running up that same sidewalk into town, and unless the dog has rabies and the person is planning to rob the store with Chekhov’s gun, no one will care…Put a bear in the story instead, and suddenly you have their rapt attention.” 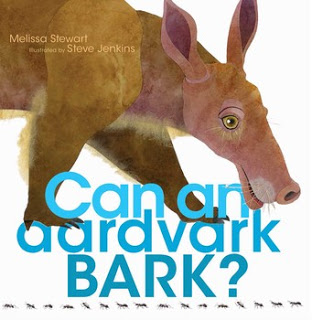 Melissa Stewart: A Look at Expository Literature from Betsy Bird’s A Fuse 8 Production at School Library Journal. Peek: “Besides being meticulously researched and fully faithful to the facts, expository literature features captivating art, dynamic design, and rich, engaging text. It also includes some or all of the following text characteristics: strong voice, carefully-chosen point of view, innovative text structure, and purposeful text format.”


Great Writing/Publishing Podcasts by Mary E. Cronin from Project Middle Grade Mayhem. Peek: “Having the provisions to go the distance, to weather the hard knocks and enjoy the triumphs, takes a variety of resources. One of my go-to resources is podcasts.” Includes Plotcasters by author David Macinnis Gill and Minorities in Publishing from Jenn Baker.

How Picture Book Pagination Keeps Readers Turning the Pages by Carol Hinz from the Lerner Blog. Peek: “Ultimately, a picture book text isn’t going to exist as a text on its own. If a text feels fully complete without any accompanying images . . . it may not be a picture book.”

What Writers Can Learn from Goodnight, Moon by Joe Fassler from The Atlantic. Peek: “So much of writing is about finding ways to trick yourself into letting go.”

Creating Compelling Consequences for Characters by Mary Kole from Kid Lit. Peek: “We can all sit around and agree that trouble and tension are the fuel of the story engine. You can’t get very far without them. But when it comes to actually executing them and letting your character suffer? Many writers are simply too nice.” 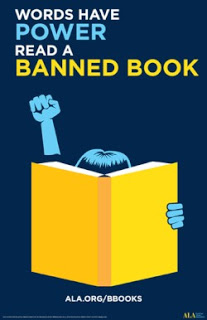 NLA Read and Critique for Hurricane Relief organized by Nelson Literary Agency. Peek: “All funds raised through this auction will be donated to the pubic libraries and independent bookstores devastated by Hurricanes Harvey, Irma, and now, quite possibly, Maria.” Includes agent and author critiques. See also Authors Spearhead Hurricane Relief.

The 10 Most Challenged Books of 2016 by Shannon Maughan from Publishers Weekly. Peek: “’In 2015, nine out of the 10 books were by and about diverse populations,’ (James) LaRue (American Library Association) says, ‘and this year still half of them are, with a continued focus on LGBT and particularly transgender.’” See also Banned Books Week: Why Are Illustrated Books Being Challenged More Than Ever? by Michael Cavna from The Washington Post and Sex in YA by K. Imani Tennyson from Rich in Color.

The Hidden Dangers of Short-Form Publishing Deals by Susan Spann from Writer Unboxed. Peek: “Failure to deal with all of the relevant issues creates ambiguities, and in short-form deals, many of those ambiguities cut in the publisher’s favor.”


Highlights of my week included attending the launch of Why Am I Me? by Paige Britt, illustrated by Selina Alko and Sean Qualls (Scholastic, 2017) at BookPeople in Austin.

The event had a lovely sense of occasion, including a heartfelt introduction by fellow Austin children’s author Donna Janell Bowman. 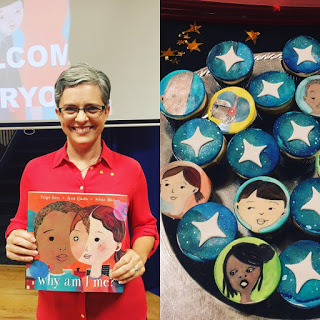 Then Paige shared the story behind the story of the book, her early concerns that such a short, existential text might struggle in the marketplace and her joy at having received four starred reviews (and counting).

On another thrilling note, one of my former Vermont College of Fine Arts advisees, Kate Branden, received the 2017 SCBWI Work-in-Progress grant in YA Fiction for her manuscript, “The Locksmith.”

I had the pleasure of reading the story during Kate’s second semester, and it’s fantastic. This national award is much deserved!

Congratulations, Kate! Wowed by you! Cheers also to her fellow honorees!

100 Books by Cynthia Leitich Smith from Kirkus Reviews. Peek: “Before trying to write any character outside one’s lived experience, I recommend reading at least 100 books* by authors from that community. One hundred books—to start.”

Reminder! Saturday is the deadline for applications for a Cynsations intern, and there are a couple of spots still available for my October humor writing workshop with Uma Krishnaswami at Highlights! 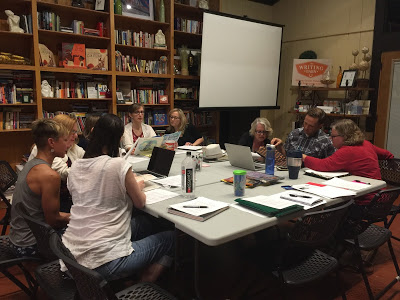 I’m currently in the middle of a six-week class at The Writing Barn, Perfecting the Picture Book with fellow VCFA alum Cate Berry.

As teaching assistant I’m diving deep into the titles we discuss in class, which means my library card is even more full than usual. But what I love most is hearing a dozen different opinions about what a text passage or image means – a strong reminder that each reader interprets a book differently.