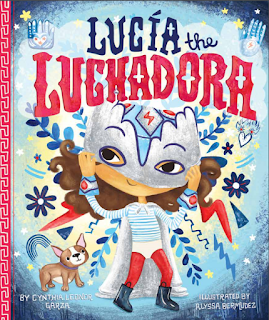 Spotlight on Latina Illustrators by Cecilia Cackley from Latinx in Kidlit. Peek from Alyssa Bermudez: “Picture books are important because it allows children to visualize and understand their own stories as they grow up. They can see their lives reflected in this way. The world is an exciting and colorful place full of adventure, and picture books highlight this to kids and adults.”

How Much Should You Personalize a Query Letter by Jane Friedman from her blog. Peek: “There aren’t any hard-and-fast rules as to what’s ‘too much,’ but don’t try to affect an intimacy that doesn’t exist. Especially if you’ve never met the person in question, tread carefully—it’s easy to come off as creepy if you’ve been stalking someone online…” See also, Surviving the Query Trenches by Laura Weymouth from Adventures in YA Publishing.

Three Lesser Known Archetypes by Becca Puglisi from Writers Helping Writers. Peek: “Having a broad range of character types is like having a palette of different colors to paint with. Each archetype offers a different perspective and point of view. They provide unique insights into your story that you would be unable to achieve by clinging only to the ‘tried and true’ characters.”

Writing in Turbulent Times: Strategies by Mary E. Cronin from Project Mayhem. Peek from Joanna Marple: “I cut back on social media presence in general because too much daily bad news was robbing me of hope and peace….I realized my biggest voice probably remains with my influence on the next generation as a teacher and writer, so I have been concentrating even more on my writing.” 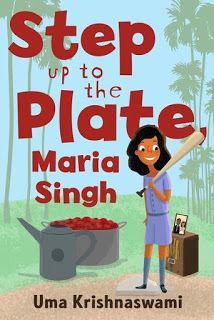 Teaching the Diverse Narratives of U.S. History by Tami Charles from the Lee & Low Blog. Peek: “We can model the genuine purpose of history curriculum by exposing our students to diverse narratives in a way that allows them to generate their own opinions and rationalize complex viewpoints….Books like Step Up to the Plate, Maria Singh…addresses hidden narratives students should be learning.”

The “Hole” in KidLit by Tracey Baptiste from The Brown Bookshelf. Peek: “The school and library market is very interested in diversifying their offerings, and having a book selected for an anthology means kids all over the country will read your work. It’s a big deal. And I know there are authors of color who also like science topics. So, what are you waiting for?”

The Authors Who Helped Us Grow Up from The New Yorker by Erin Overbey & Joshua Rothman, archivists. Peek: “The best children’s authors have always been a little rebellious. They defy the conventions of the genre—and the expectations of adults.” Includes Among The Wild Things, Nat Hentoff’s interview with Maurice Sendak from 1966.

Survival Pack or How to Keep Writing No Matter What by Julia Munroe Martin from Writer unBoxed. Peek: “Life gives us all challenges, but these are obstacles and not dead end/road block/turn back now signs. You can make a plan—a survival plan—for (almost) every eventuality that can get in the way of your writing.”

Why You Should Never, Ever Go On a Destination Writing Retreat by Christina Delay from Writers Helping Writers. Peek: “It’s been proven that change is one of the scariest things out there. And it’s also a fact that travel changes us. We cannot come home the same person again. Once a thing has been seen or heard or experienced, it cannot be undone. Traveling will broaden your world perspective.”

Classics, Colonization & A Call for Change by Padma Venkatraman from The Nerdy Book Club. Peek: “Re-reading ‘children’s classics’ I realized how much I myself had forgotten. Though I had vague memories of feeling upset or angry when I read certain books as a child, as an adult I was astounded by the plethora of negative ideas perpetrated by brilliant authors of the past.” 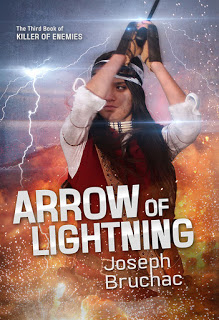 Changes to Richard Scarry Book to Keep Up With the Times by Laura Willard from Upworthy. Peek: “The original has a woman (bunny) in the kitchen, while the updated cover has both a man and a woman (still bunnies) in the kitchen. Also: The ‘policeman’ bear changed to a woman, and the label changed to ‘police officer.’ The word ‘mailman’ became ‘letter carrier,’ and a female farmer was added.”

Letting Go When the Book Isn’t Working by Barbara O’Neal from Writer unBoxed. Peek: “I know how to do this. I’m not being arrogant, just factual….And yet…..after 6 or 7 or 10 rewrites of the first 200 pages, trying to find the story over two solid years, I finally had to admit that my agent was right. The book was fatally flawed in some way I couldn’t locate.”

How Culturally Responsive is Your Library by Veronica Schneider from the Lee & Low Blog. Peek: “We need to think critically about how these books reflect the diversity of our students, their backgrounds, and the communities in which we live while exposing them to new ideas and concepts.”

Series Authors Should Stop Writing the Sequel by Jessica Faust from BookEnds Literary blog. Peek: “By writing the sequel before you’ve sold the first book you’ve potentially limited yourself from selling two books, especially if rejections on the first book are based on the idea or the hook and not the writing.” 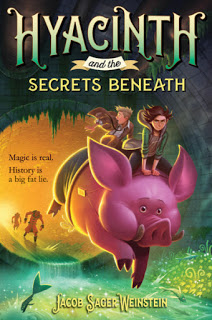 Persistence Twitter thread from Jacob Sager Weinstein, debut author of Hyacinth and the Secrets Beneath. Peek: “I started writing #kidlit in 2005. In the 12 years it took me to get published, I got dozens of rejections. I didn’t give up.”

The True Story Behind Mrs. Basil E. Frankweiler & Her Mixed-Up Files by Patrick Sauer from Smithsonian. Peek: “‘When we were in grade school, Mom would write in the morning. When the three of us kids would come home for lunch, she would read what she wrote,’ says Paul Konigsburg, 62. ‘If we laughed she kept it in. If not, she rewrote it.'”

Disability on Campus by Farah Mendlesohn from Times Higher Education. Peek: “I am also going deaf….Since this issue, too, is invisible, I often have to choose between pretending I am not disabled and making a fuss (‘Yes, I do mind if you don’t use the microphone – and, by the way, one in four of the population has hearing loss, so why are you even asking?’)”

Art Preview of New Spider-Man Novel by Nicole Herviou from Mashable. Peek: “Miles is half black, half Puerto Rican; his culture is extremely important to him as a character. He’s also a teenager trying to make it through high school in one piece while also keeping New York City safe….Award-winning YA author Jason Reynolds….has penned Miles Morales: Spider-Man.” Note: illustrated by Kadir Nelson (Marvel Press, August 2017).

Russia & Children’s Literature: A Storied History by Elizabeth Bird from School Library Journal. Peek: “The relationship between Russia and America in U.S. children’s literature separates neatly into the following sections: Russian Modernism Children’s Books of the 1920s, The Communist Movement in America, The Red Scare, Eloise.” 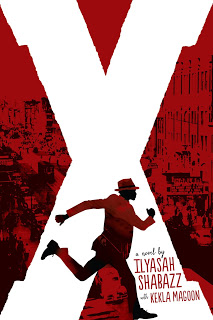 Ilyasah Shabazz & Kekla Magoon on Their YA Novel About Teenage Malcolm X by Shelley Diaz from School Library Journal. Peek from Kekla Magoon: “I was so excited to be considered for such an interesting project….We initially spoke about Ilyasah’s vision for the novel in terms of its impact for future readers. I listened to the story she wanted to tell and her perspective on her father’s life. The story was already there.”

Portraits of Librarians Celebrate America’s Bookish Unsung Heroes by Claire Fallon from Huffington Post. Peek from Susan K. McClelland, adult & teen services librarian at Oak Park Public Library: “Librarians are warrior princes and princesses wielding book love like words! We are ever vigilant, curious, intelligent, and kind. Libraries are the banners that we carry proudly into the fray! Forward, ever Forward!”

ASL: Writing a Visual Language by Laura Brown from Disability in Kidlit. Peek: “The first challenge with using a sign language is simply how to express a 3D language in written words. ASL is so beautiful and rich. I can show emphasis with my hands in how a sign is formed. When I translate to the page some of that beauty and magic is lost.”

Kindness: Pass It On by Leslie Hawkins from Publishers Weekly. Peek: “I watched a roomful of young children watch and listen with rapt attention to a story set in a country none of them had ever heard of…they also came away with a feeling of hope and empowerment that they….can do concrete things to make the world a better place.”

This week at Cynsations

This week’s highlight was attending the Austin SCBWI regional conference. Tremendous thanks to our leadership–Samantha Clark, P.J. Hoover and Christopher S. Jennings, the faculty and volunteers.

Beyond that, I focused on all those invisible things authors do, most notably creating a schedule for my upcoming Highlights Workshop on Humor with Uma Krishnaswami and Curtis Brown Ltd. literary agents Ginger Knowlton and Elizabeth Harding. Join us!

On the creative front, I received an update from my Candlewick editor, who’s finishing up her notes on my YA contemporary novel revision. She said I’d receive further direction today or Tuesday (and she used words like “excellent” and “well done!” so I am not hyperventilating). Huzzah! 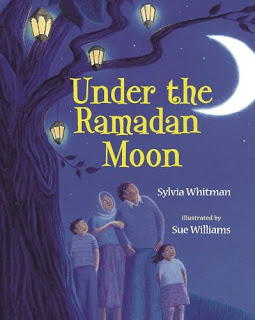 Links of the Week: From the Moon to the Spoon: 5 Picture Books to Celebrate Ramadan by Hannah Ehrlich from Lee & Low. See also Ramadan is coming! Ramazan Mubarak! from Kitaab World.

Over the weekend, I attended the fantastic Austin SCBWI Conference. I’m not sure what inspires me more: getting tips and insight from industry professionals, or catching up with writing friends and making new ones.
I was also fortunate to help with a Wine & Words event at The Writing Barn, featuring Misha Blaise discussing This Phenomenal Life (Lyons Press, March 2017).
Come write with me! I’ll be leading the Write Away Day at The Writing Barn on July 19 and also serving as teaching assistant for Donna Jannell Bowman‘s Nonfiction Picture Book Class beginning June 11.